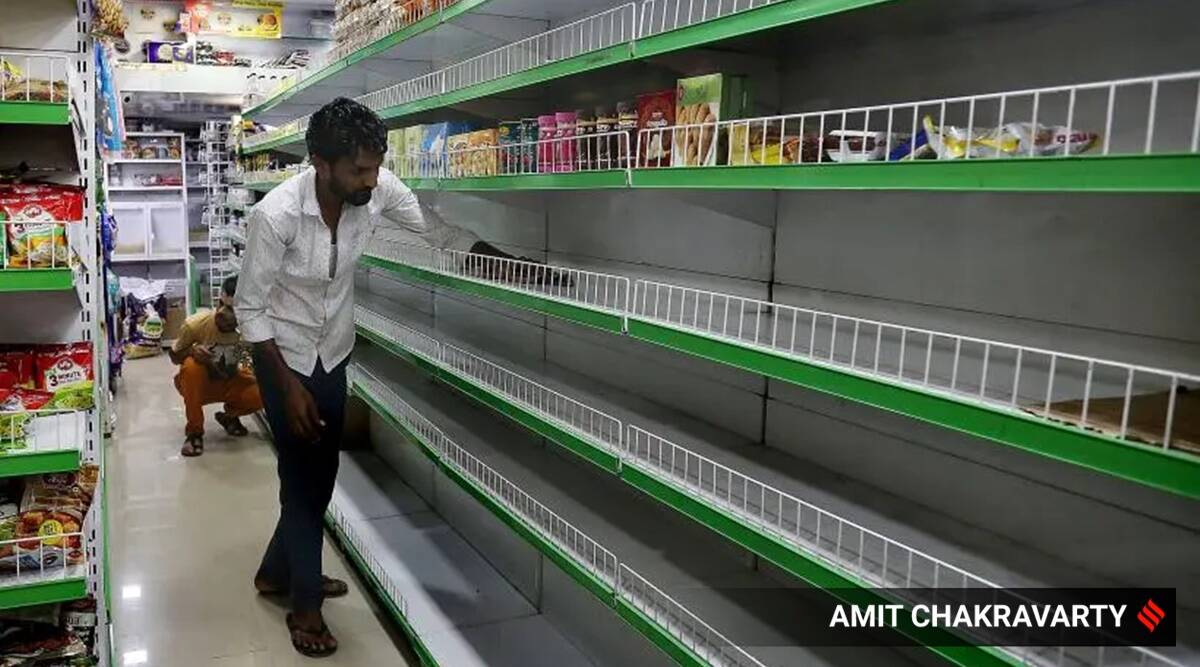 Can the Covid-19 virus stay on some foods, packaging for days?

As Covid-19 cases once again rise in countries like China, it is time to take precautionary measures, mask up, and avoid crowded areas. Adding to the list of things to be careful about is a study by the Food Standards Agency (FSA) — titled Survival of SARS-CoV-2 on the surfaces of food and food packaging materials — which states that the deadly virus can survive on some groceries and packaged food items more than others.

Covid-19, caused by the SARS-CoV-2 virus, was first reported in China in December 2019. Considering the mode of transmission is principally airborne, exposure to respiratory droplets and aerosols from those with Covid-19, there is also a potential risk of the droplets containing the virus, contaminating fomites such as foods and food packaging, leading to consumer and food handlers’ exposure, the September 2022 study noted.

The laboratory-based study, which involved artificially contaminating infectious SARS-CoV-2 virus onto the surfaces of foods and food packaging, measured how the amount of infectious virus present on those surfaces declined over time, at a range of temperatures and relative humidity levels, reflecting typical storage conditions, noted the study.

The research, produced by the University of Southampton, tested broccoli, peppers, apple, raspberry, cheddar cheese, sliced ham, olives, brine from the olives, white and brown bread crusts, croissants and pain au chocolat as these are “commonly sold loose on supermarket shelves or uncovered at deli counters or market stalls, they may be difficult to wash, and they are often consumed without any further processing i.e. cooking“.

According to the study analysis, in several cases, infectious virus was detected for several hours and in some cases for several days, under some conditions tested. For a highly infectious agent such as SARS-CoV-2, which is thought to be transmissible by touching contaminated surfaces and then the face, this confirmation is significant.

The study further noted that food packaging materials tested had variable virus survival, which meant that for all food packaging, there was a significant drop in levels of virus contamination over the first 24 hours. While the virus can remain on plastic containers and cartons for days, they only survive on aluminium packaging, like cans, for a few hours.

The SARS-CoV-2 virus is expected to survive better at chill temperatures on foods compared to ambient temperatures (Anelich et al., 2020). Although direct comparisons between studies are difficult due to differences in processing methods, the study noted that this may be the case for raspberries.

Why is it a concern?

Since SARS-CoV-2 spreads from an infected person’s mouth or nose in small liquid particles (droplets) when they cough, sneeze, speak, or breathe, Dr Shilpa V Naik, infection control officer and consultant microbiologist, Bhatia Hospital Mumbai said that these small particles (droplets) either are inhaled from air or inoculated in the eyes, nose, or mouth directly or through contaminated hands which can cause infection in a new host (person), leading to concern.

What can you do?

According to Dr Sanjay Gupta, Internal Medicine, Paras Hospitals, Gurugram, most “frozen food tests are unsuccessful” and even if a live virus were present, it would probably be “destroyed by the stomach acid”. “Virus survival is difficult at higher temperatures. Viruses deactivate faster when the temperature rises as the frozen food is cooked, baked, heated, boiled, or microwaved,” Dr Gupta told indianexpress.com.

Further Dr Naik is said that since the study artificially inoculated food and their packaging with SARS-CoV-2, the viral inactivation activity cannot be commented upon unless the exact composition of such antiviral substance, their contact time, and condition for inactivation of given viral load is established. “Aluminium shows antiviral effect but its concentration and epoxy coating over the aluminium cover used in packaging makes it difficult to establish its significance in antiviral activity when used as a packaging material for food,” Dr Naik said.

Experts emphasise on good hygiene practises despite the “remote chances of transmission through food or other things”. Dr Gupta advised using good hand hygiene, especially after going to public areas like a grocery store, dining outside the home, staying at least six feet away from neighbours, wearing a mask, and/or staying at home, and avoiding social situations if you are feeling under the weather.

He also suggested washing produce like fruits, and meat thoroughly before consuming.