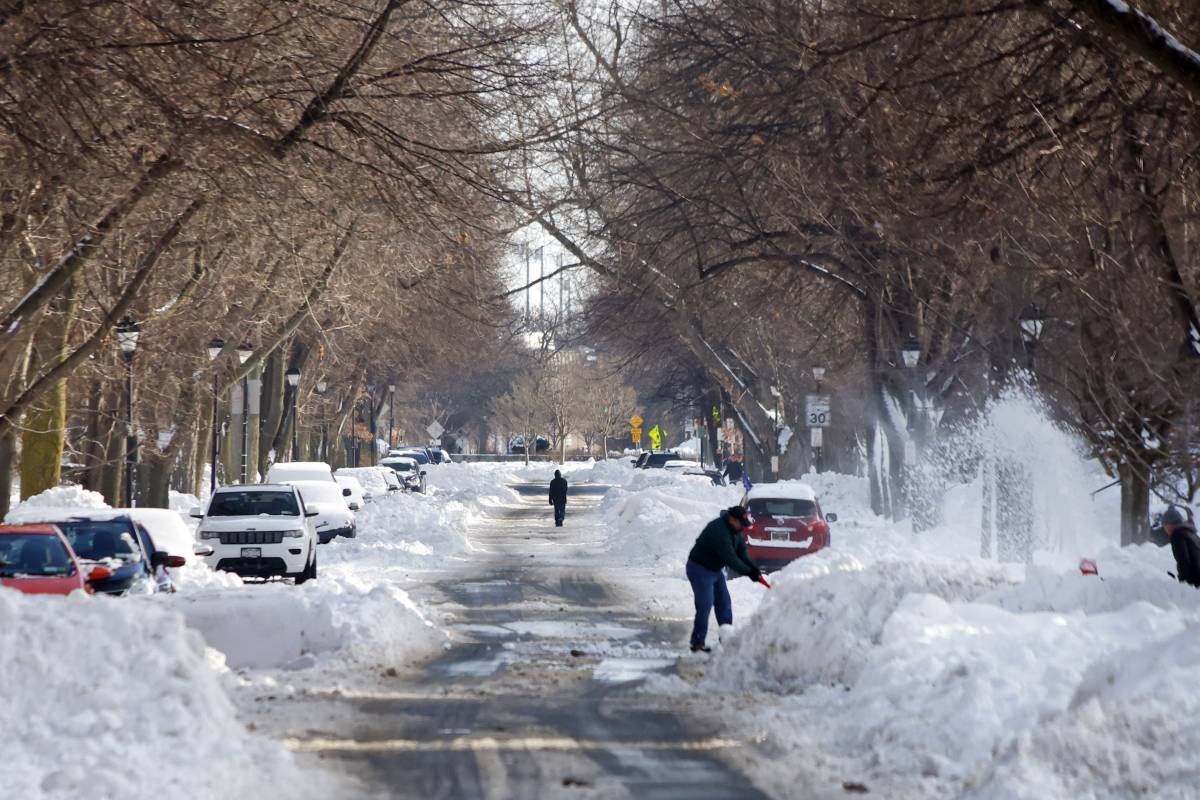 Travel misery grinds on as US digs out from superstorm

BALTIMORE: Thousands more flights were canceled across the United States on Wednesday, with no end in sight to days of travel misery as the country digs out from a deadly superstorm.

Officials in Erie county in western New York — the area of the country hardest hit by the massive winter storm — lifted their death toll to 37, taking the national total to at least 59.

Around-the-clock work to restore electricity continued in the county’s main city of Buffalo, with the number of outages down to 128 residents, Mayor Byron Brown told CNN later in the day.

Another kind of crisis was playing out at US airports around the country, as Southwest Airlines was forced to cancel thousands more flights to try to recover from a spiraling logistics breakdown.

The airline’s woes stranded thousands of customers as well as pilots and flight attendants.

Video on social media showed rows and rows of stranded bags at Southwest in claim areas at airports in Nashville, Orlando and other cities.

“I didn’t try to come earlier this week, it seems to have been such a mess,” said Donald Sneyder, who found himself back at the Baltimore airport three days after his flight to Indianapolis was canceled.

“But I hope to get my luggage back today.”

As she waited in a line of 50, another passenger in Baltimore told AFP she hoped to locate the child seat for her two-month-old.

The storm, which descended on the United States just before the busy Christmas holiday weekend, led to unusually cold weather in much of the country, including southern states like Texas and Florida.

Temperatures were moderating nationwide Wednesday, including in Buffalo, even as the region remained in triage mode.

The city, on the shores of Lake Erie near the Canadian border, has seen a majority of the storm-related fatalities.

As temperatures plummeted Friday night, commuters and some residents fleeing their freezing homes became trapped on highways, with first responders unable to reach them.

“There are multiple unidentified bodies at this point,” said Erie County Executive Mark Poloncarz on Twitter.

The National Guard planned to conduct door-to-door wellness checks for every home in areas that lost power, Poloncarz said.

Brown meanwhile told CNN he hoped to be able to lift a five-day-old travel ban before the start of business on Thursday as most roads were now clear.

Officials also began bracing for the next possible crisis: the impact of large amounts of melting snow.

Southwest Airlines was still days away from resolving its systemwide breakdown: the carrier canceled more than 2,500 flights on Wednesday, accounting for nearly 90 percent of all scrubbed US flights, according to tracking website FlightAware.

In a series of media appearances, Transportation Secretary Pete Buttigieg recounted telling Southwest Chief Executive Bob Jordan that the government would “hold them accountable” in requiring the airline to compensate customers for the mounting costs of canceled flights and travel-related expenditures.

Jordan said he was “truly sorry” and promised to “make things right for customers,” according to a video statement posted to Southwest’s website.

“We’re optimistic to be back on track before next week,” he added.

Jordan has acknowledged that the problems have underscored the need to upgrade outdated trip scheduling software that became overwhelmed in the storm.

The problem has been highlighted by the flight attendants union, which has called on Southwest to invest more on employees. Several leading Southwest unions remain locked in contract negotiations after earlier pacts expired.

Another union, the TWU Local 555, which represents ground workers, said the meltdown reflected Southwest’s failure to adapt its systems as its operations have evolved.

“Although it can be complicated, especially during the holiday season, we need to consider better spacing of flights during extreme weather events in the bitter cold of winter — as well as the extreme heat of summer,” said Local 555 President Randy Barnes.

Recognizing that Southwest would not get them to Boston from Arizona in time for Monday’s NHL Winter Classic, Tim Maher rented a car for his family and launched a cross-country drive.

Maher told CNN the ride itself had been surprisingly fun, but the family did not have its luggage — a common problem for customers.

“People have gifts or medication or electronics in those bags they just handed you, thinking they’d get it in a couple of hours,” Maher told the network.