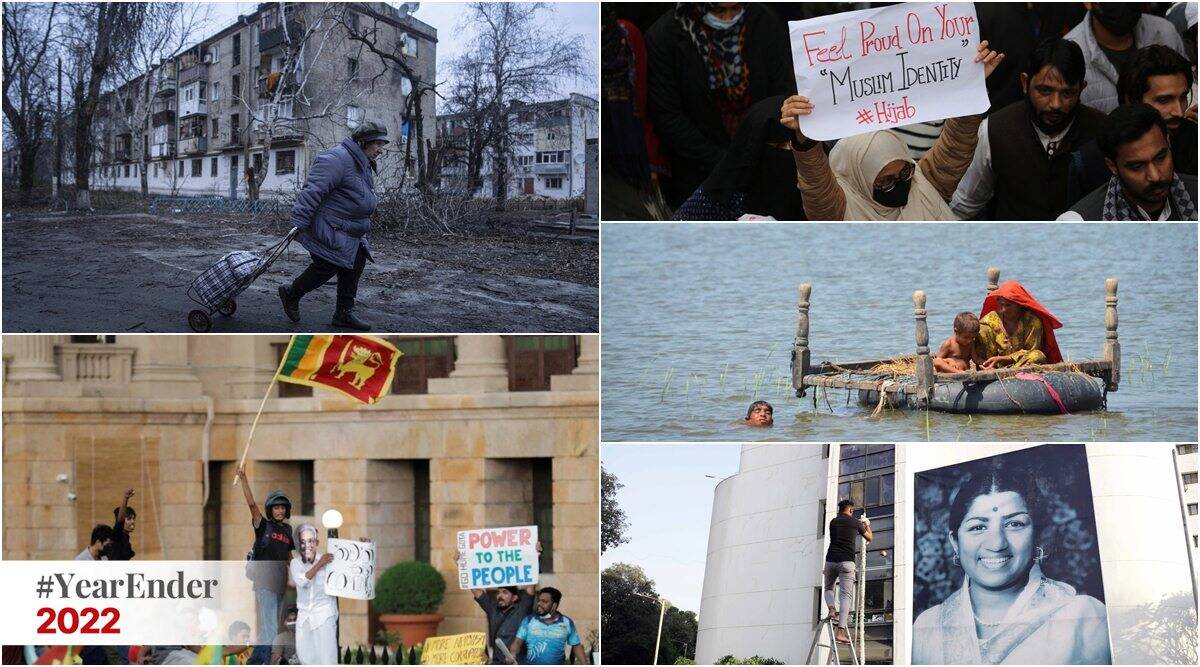 War, inflation & disasters: The year 2022 was one of permanent crisis

When movies about averting an apocalypse end, they seldom tell you what comes next. The heroes fight a long, hard battle, find the cure, and the world is saved. They don’t tell you that the global economy is now in tatters and governments are still counting the dead. And what they certainly don’t tell you is that you might be standing on the verge of a war that threatens to reshape the world order.

The year 2022 was precisely that — a year of crisis that saw war, inflation, the fall of cryptocurrency, climate disasters and more. Amid the greater concerns of the world, we also dealt with the phasing out of “work from home” and return to offices and rented spaces.

Collins dictionary defines it as permacrisis. A portmanteau of permanent and crisis, permacrisis refers to “an extended period of instability and insecurity, especially one resulting from a series of catastrophic events”.

The world had only just begun to recuperate from Covid-induced losses when Russia began its invasion of Ukraine. The horrors of the war unfolded with visuals emerging of bodies strewn across the streets of Ukraine and thousands of refugees lined up at the borders.

Experts noted a rise in doomscrolling as people were outraged over the events of the war that dominated their social media and news feeds for most of the year. But as the war drags on, and news cycles move on, it remains to be seen how Russia will end the war. Its growing closeness to China has already rung alarm bells in the West.

The war in Europe disrupted trade and caused a surge in gas and oil prices as well as the cost of living across countries. The global economy, which was already struggling to recover from the pandemic years, took a massive hit. A report by the Carnegie Endowment for International Peace notes that anger over the economy, especially inflation, was behind most of the anti-government protests in 2022.

In neighbouring Sri Lanka, the protests led to the downfall of the Rajapaksa’s dynastic rule. Massive demonstrations were also seen in Iran. Thousands of protesters raged against the government’s strict hijab laws, leading to the death of 22-year-old Mahsa Amini who died while in the custody of the morality police.

The hijab was central to protests in India as well. Karnataka witnessed state-wide demonstrations against the government’s order to ban hijab in classrooms. In June, India saw violent demonstrations over the Centre’s Agnipath scheme.

Meanwhile, India’s neighbour Pakistan, reeling under inflation, was caught in a political brouhaha, which culminated in the ouster of Imran Khan. The country was also hit by devastating floods that claimed over 1,700 lives and affected over 30 million people, according to UN figures.

Elsewhere, too, climate change continued to wreak havoc. ‘Some form of climate disaster’ hit India almost every day between January and September, according to a report by the Centre for Science and Environment.

Google trends show that the deaths of celebrities dominated search trends in 2022. India lost gems such as Lata Mangeshkar, Sidhu Moosewala, KK, and Bappi Lahiri. The passings of Shane Warne and Queen Elizabeth also remained among the top searches.

When the last of the December box is checked off and the page turns to January 1, the world can hit reset and begin anew. In the words of Bill Watterson, the cartoonist behind the newspaper comic, Calvin and Hobbes, the one remarkable thing about life is that “it’s never so bad, that it can’t get worse.” Whether that’s a comforting thought or an ominous one, is up to the reader’s discretion.