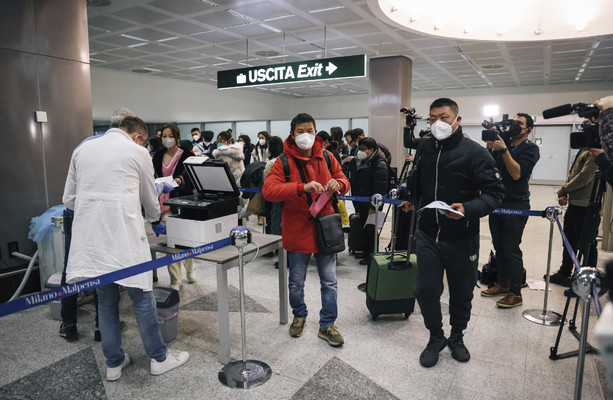 Canada and Australia impose Covid rules on travellers from China

AUSTRALIA AND CANADA have joined a growing list of countries requiring travellers from China to take a Covid-19 test prior to boarding their flight, as China battles a nationwide outbreak of coronavirus after abruptly easing restrictions that had been in place for much of the pandemic.

Australian health authorities said on Sunday that from 5 January all air passengers from mainland China, Hong Kong or Macao will need to show a negative Covid test taken within two days of their departure.

Canadian authorities announced in a statement on Saturday that similar measures that will also come into effect on 5 January.

Australia and Canada join other countries including the US, UK, India, Japan and several European nations in imposing tougher Covid measures on Chinese travellers amid concerns over a lack of data on infections in China and fears of the possibility that new variants may spread.

China, which for most of the pandemic adopted a “zero-Covid” strategy which imposed harsh restrictions aimed at stamping out the virus, abruptly eased those measures in December.

Chinese authorities previously said that, from 8 January, overseas travellers would no longer need to quarantine upon arrival in China, paving the way for Chinese residents to travel.

Hong Kong is also preparing for quarantine-free travel to China, with plans to resume operations of more border checkpoints as early as 8 January, according to a Facebook post by Hong Kong Chief Secretary Eric Chan.

However, a quota will remain in place limiting the number of travellers between the two places.

“Depending on the first phase of the situation, we will gradually expand the scale for a complete reopening of the border,” Mr Chan said.

In China, eased restrictions meant that residents could celebrate New Year in large-scale gatherings which were prohibited for much of the pandemic, even though the country is experiencing a massive outbreak of cases.

“There are still some worries, more or less,” said Wu Yanxia, a 51-year-old Beijing resident who works at a logistics company. “I hope that next year everything will be normal, such as domestic travel.”

Others hope that 2023 will bring better things after a difficult past year.

“We have experienced a very uneven year, particularly unforgettable, with many things out of our imagination,” said Li Feng, a teacher in Beijing, adding that 2022 was a difficult year for both the people and the government.

“But I think we have come through and everything will be fine. All of us will be better and better in both work and life.”