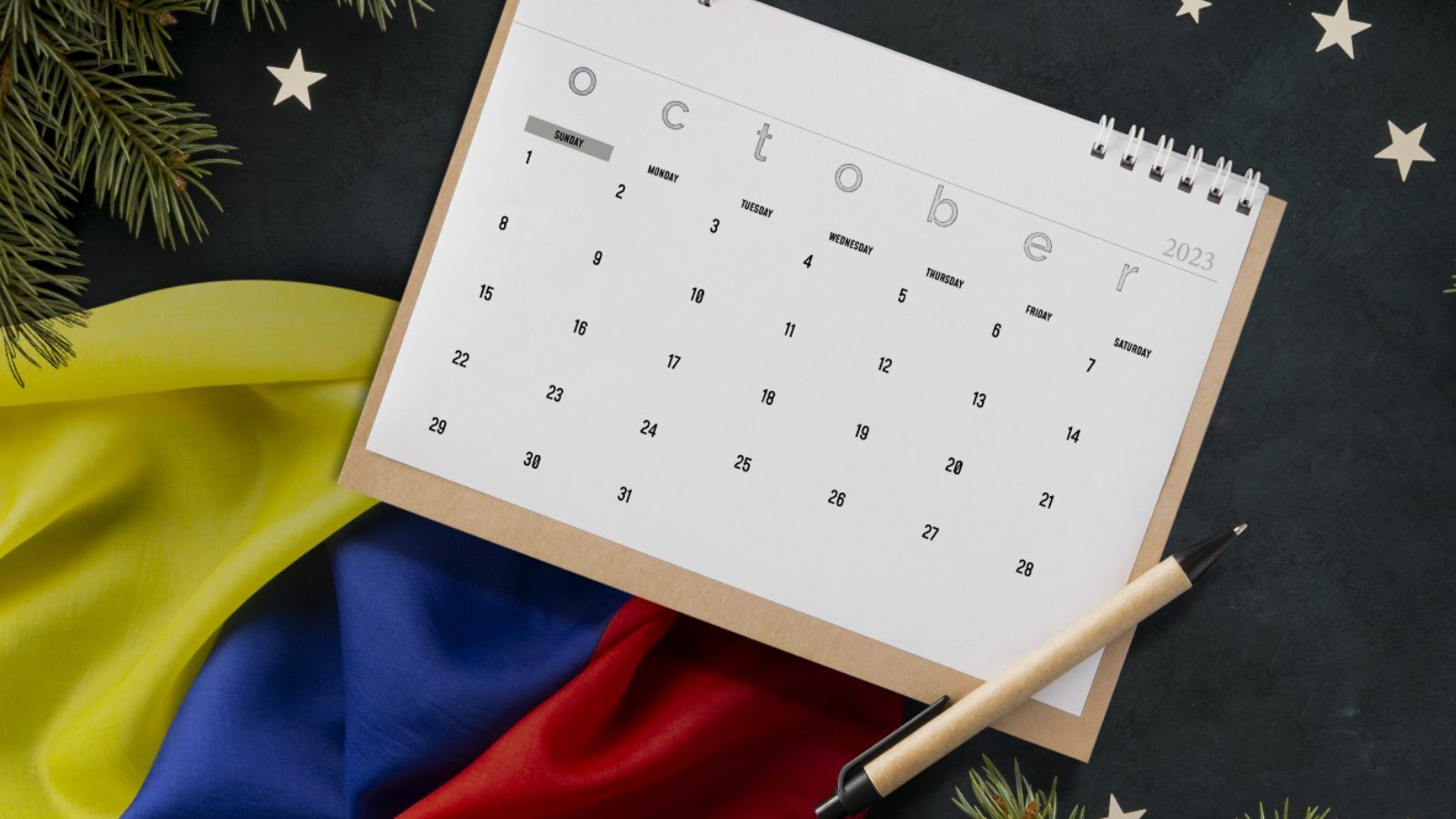 Opinion | Why the Western Calendar Endured in India

New Year revelry has never been my mug of coffee (since I don’t take any harder drinks associated with the bash). The call of letting one’s wild side out in the public always appalls me. Revelry is at best urban schizophrenia, through which pubs and purveyors rake in the moolah. However, there is a more peevish side to the story.

Every New Year, I have to encounter some “Western calendar refuseniks” on social media, who target the occasion with their cultural and astronomical arguments. Their favourite manifesto is a famous poem by Ramdhari Singh Dinkar (1908-1974) – Yeh Nav Varsh Hume Sweekar Nahin (This New Year is not acceptable to us). This poem argues that chilling winter is an ill-suited time to ring in the new year; the Western year is an alien to India; let the days become longer, and mist and fog subside, and spring unfold on Earth. Then the Indian New Year would come on Chaitra Shukla Pratipada which one should celebrate.

Dinkar was an advocate of nationalism, and a master craftsman of verse. His poem needs to be appreciated for those qualities. However, it begs for an answer why Chaitra Shukla Pratipada is not celebrated (at least in Hindi speaking belt whose audience Dinkar was addressing) in the sense of the Western New Year. Why has the Vikram Samvat that begins on Chaitra Shukla Pratipada failed to dethrone the Gregorian calendar? Is the answer to be found in colonial mindset, cultural obsequiousness and cosmopolitanism? Or there is something more fundamental like the astronomical principles on which calendars are based.

The essential difference between the Gregorian calendar and Chaitra Shukla Pratipada/Vikram Samvat is in the method of reckoning. While the Gregorian calendar is a tropical solar calendar, the Vikram Samvat is a lunisolar calendar. The length of the tropical year is 365 days, 5 hours, 48 minutes and 46 seconds- which is the time taken by the Earth to return to the Vernal Equinox Point. The Point is where the planes, of the Earth’s revolution around the sun and rotation, around its own axis coincide. The two planes are inclined at 23.5 degrees. Pope Gregorian XIII’s calendar, instituted in 1582 AD, is the reformed version of the Julian calendar, proclaimed in 44 BC by Julius Caesar. While both these calendars are based on the same principle of computation (tropical solar year), the difference lies only in assessing the true length of the solar year. The astronomer in Julius Caesar’s time miscalculated the length as 11 minutes more than the actual. The length of the solar year was rounded off to 365 days and 6 hours, thereby intercalating one day to the calendar every fourth year (leap year). However, the cumulative effect of a calendar year overshooting the natural year by 11 minutes was a serious one. The date of the vernal equinox — one of the pillars of the tropical calendar — began to advance.

The inconsistency was noted as early as the First Council of Nicaea in 325 AD, though no remedial action was taken before 1582 AD, when the Vernal Equinox had already advanced by half a month. The radical reformation by Pope Gregory XIII (getting rid of 10 days from the calendar at one stroke) in 1582 AD restored the Vernal Equinox as it was at the time of the First Council of Nicaea (March 21) though not as it was in the time of Julius Caesar (March 25). However, by assessing the true length of the solar year, it made arrangements to arrest further drift. The rules of leap year were revised to prevent the Julian blunder. Thus, while every fourth year was recognised as a leap year, an exemption was made in the case of centennials not divisible by four. Thus, while 1600 AD was a leap year, 1700 AD, 1800 AD and 1900 AD were not.

The primary purpose of a calendar is to keep synchrony with the seasons. Since the seasons are determined by the Sun, it makes eminent sense to have a tropical solar calendar. The Gregorian calendar fits the bill. Though Roman in origin, it has become internationally acceptable. While India inherited this calendar from the British, the British adopted the Gregorian reforms only in 1752 AD. Russians adopted it only after the Russian Revolution (in 1918), and the Greeks in 1923. Many Eastern countries had adopted it earlier like Japan in 1872 and China in 1911. Only four countries — Nepal, Ethiopia, Iran and Afghanistan — did not accept the Western calendar at all. However, all of them follow some version of the solar calendar or other. Two of these countries are Islamic theological states but follow the solar Jalali calendar, despite the fact that the Islamic Hijri calendar is strictly lunar (where intercalation is prohibited according to the rules of the Quran).

Coming to the Vikram Samvat calendar, problems are both astronomical and cultural. It might be mentioned that Samvat refers only to the era, not to the computational method. The computational method refers to the length of the day, year and starting point of the year. These might have existed even before the Vikram Samvat was proclaimed in 56 BC, ostensibly to celebrate a victory in the war by the Malava republic against the Sakas. A previous era called Kali Era, derived from the Mahabharata War, was also in practice. The Chaitra Shukla Pratipada implies a lunar day. In a tropical solar calendar, the length of the year is sacred, but those of the months are negotiable. Thus, we can have months of 31, 30 and 28 (29 in case of leap year). Theoretically, we can redesign the number and length of months, provided the length of the year is not tampered with.

In the case of lunar calendars, the months are derived from lunation (29.5 days) i.e. from New Moon to Full Moon or reverse. The length of the year is open-ended. A normal lunar month is of 354 or 355 days, which falls short of a tropical solar year by 11 days. Thus, every three years there is a shortfall of one month. This shortfall, if allowed to persist, would estrange the calendar from the seasonal cycle. This is exactly the case with the Islamic Hijri calendar, which freely rotates through the seasons, completing a cycle in about 36 years. This also makes the calendar conspicuously unfit for administrative and practical purposes.

The saving grace for Vikram Samvat is that every three years, it is adjusted against the sidereal solar year. A new month is intercalated, which takes the length of the year to 378 days. The purpose of intercalation is to prevent the calendar from going out of sync with the season. However, such wide variance between the length of normal and intercalated years makes it challenging for regular use. Moreover, the very utility of bringing in lunar computation can be questioned, if the year has to be ultimately adjusted against the solar year. Thus, why not proceed with solar computation directly as the Gregorian calendar does? There is no mathematical or astronomical correlation between one lunation or the average time it takes for the moon to go round the Earth (29 days, 12 hours and 44 minutes) and the time it takes for the Earth to go round the sun (365 days, 5 hours and 48 minutes).

Introducing lunar computation also makes it difficult for common usage of the calendar for a number of reasons:

However, this does not mean the lunisolar calendar is redundant. Had that been true, it would have long been obsolete. The Hindu festivities/austerities are determined by a lunar day (tithi). Tithi finds extensive usage in the Hindu religious calendar. Therefore, the Vikram Samvat calendar will continue to thrive. However, “Western calendar refuseniks” are not satisfied with it. They wish to present Vikram Samvat as the Indian equivalent of the Gregorian calendar. This entails obvious problems as described above. It might be noted that Nepal follows Vikram Samvat only with regard to era, and not to computation method. The computational method followed in that erstwhile Hindu kingdom is sidereal solar comparable to those followed in some parts of India like West Bengal, Assam, Odisha, Tamil Nadu and Kerala. The lunisolar Vikram Samvat can begin on either side of the Vernal Equinox. Its dates can vary from March 15 to April 9, which betray a pendulum-like motion. It is precisely for this reason that dates of Hindu festivals are found advancing and receding within a given timeframe on the Gregorian calendar. Moreover, the first nine days of Vikram Samvat are devoted to Navaratri. The devotees undertake fast and austerity, which also makes ‘celebrating’ the Vikram Samvat with fanfare (like in case of Gregorian year) difficult. Western calendar refuseniks need to come out with a solution.

The writer is an author and independent researcher based in New Delhi. The views expressed are personal.

Read all the Latest Opinions here