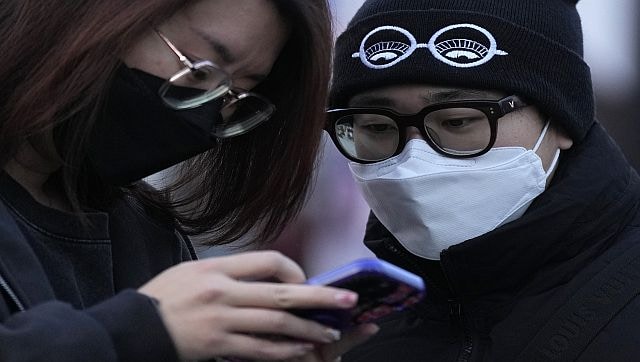 A growing number of countries are worried about a lack of data and transparency surrounding China’s outbreak.

Here is why it is sparking concern:

Beijing has admitted the scale of the outbreak has become “impossible” to track following the end of mandatory mass testing last month.

That responsibility has been transferred to the Chinese Centre for Disease Control and Prevention (CDC), which will only publish figures once a month after China downgrades its management protocols for the disease on 8 January.

Several countries including the United States, Australia and Canada last week said they were imposing testing restrictions on arrivals from China because of a lack of transparency on infection data. AP

China has only reported 15 COVID deaths since it began unwinding restrictions on 7 December, shortly after which it narrowed the criteria by which deaths from the virus are recorded.

This has stoked concerns that the wave of infections is not being accurately reflected in official statistics.

Authorities admitted last week that the scale of data collected is “much smaller” than when mandatory mass PCR testing was in place.

CDC official Yin Wenwu said authorities are now compiling data from hospitals and local government surveys as well as emergency call volumes and fever medicine sales, which will “make up for deficiencies in our reporting”.

Chinese hospitals and crematoriums are struggling with an influx of patients and bodies, with rural areas hit particularly hard.

Several countries including the United States, Australia and Canada last week said they were imposing testing restrictions on arrivals from China because of a lack of transparency on infection data.

Health officials in the wealthy coastal province of Zhejiang believed one million residents were being infected every day last week. The cities of Quzhou and Zhoushan said at least 30 per cent of the population had contracted the virus.

The eastern coastal city of Qingdao also estimated around 500,000 new daily cases and the southern manufacturing centre of Dongguan forecast up to 300,000.

Officials in the island province of Hainan estimated Friday that the infection rate there had surpassed 50 per cent.

But top health official Wu Zunyou said Thursday that the peak had passed in the cities of Beijing, Chengdu and Tianjin, with Guangdong province — the country’s most populous — saying the same on Sunday.

Shanghai’s top infectious diseases expert, Zhang Wenhong, has told state media the megacity may have entered its peak period on 22 December, with an estimated 10 million residents having contracted COVID.

Leaked notes from a meeting of health officials last month revealed they believed 250 million people had been infected across China in the first 20 days of December.

Independent infection models paint a grim picture. University of Hong Kong researchers have estimated nearly one million Chinese may die this winter as a result of opening up.

And health risk analysis firm Airfinity forecast 11,000 deaths and 1.8 million infections per day, with a total of 1.7 million fatalities by the end of April.

Many countries have cited concerns over potential new variants as a reason to screen Chinese arrivals for COVID.

But there is as yet no evidence of new strains emerging from the current wave. 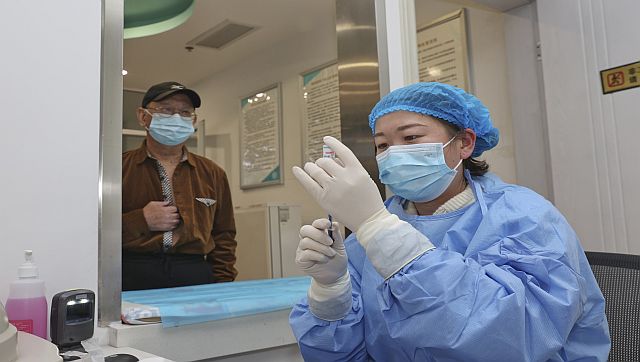 A nurse prepares a shot of the COVID-19 vaccine at a community health centre in Nantong in eastern China’s Jiangsu province. AP

Chinese health experts have said in recent days that the Omicron subvariants BA.5.2 and BF.7 are most prevalent in Beijing, in response to public fears that the Delta variant may still be circulating.

They said Omicron also remained the most dominant strain in Shanghai.

In many Western nations, these strains have been overtaken by the more transmissible subvariants XBB and BQ, which are not yet dominant in China.

Beijing has submitted 384 Omicron samples in the past month to global online database GISAID, according to its website.

But the country’s total number of submissions to the database, at 1,308, is dwarfed by those of other nations, including the United States, Britain, Cambodia and Senegal.

University of Hong Kong virologist Jin Dong-yan said on an independent podcast last month that people need not fear the risk of a deadlier new variant in China.

“Many places all over the world have experienced (large-scale infection) but a more deadly or pathogenic variant did not emerge afterwards,” said Jin.

“I’m not saying that the emergence of a (more deadly) strain is completely impossible, but the possibility is very small.”