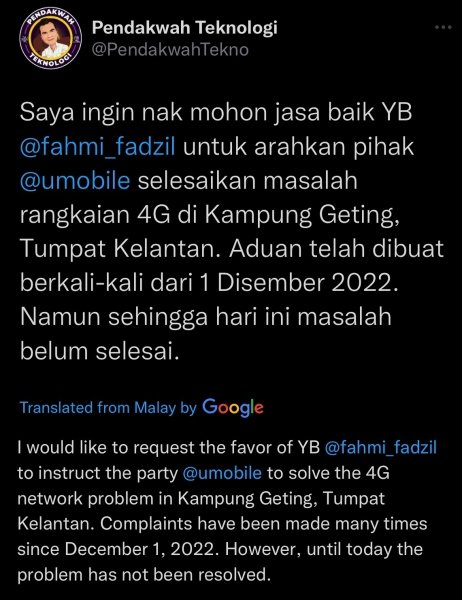 Malaysia’s communications and digital minister, Fahmi Fadzil, has asked two agencies to look into the data leak that compromised the personal data of around 13 million account holders. According to media reports on Channel NewsAsia (CNA), the issue was brought to the minister’s attention by a twitter user who tagged the minister in tweets about the leak.

The leaks involve information from Maybank, the satellite broadcaster Astro, and SPR, and CNA reported that the minister responded saying that he will direct the issue to CyberSecurity Malaysia and the Personal Data Protection Department to investigate “whether the data leak involving the various parties had really happened, and to take action according to the law”.

Seen by A+M, the user included in his tweet that there were around 13 million user information from Maybank, the Election Commission and Astro that was leaked, along with photos that included the account holders’ full name, identity card number and contact information.

Channel News Asia also reported that there were other users who discovered the leak. The cyber intelligence platform, Threatmon, tweeted that a “threat actor on the darkweb has shared 13 million sensitive data from the databases of 3 major banks in Malaysia.” 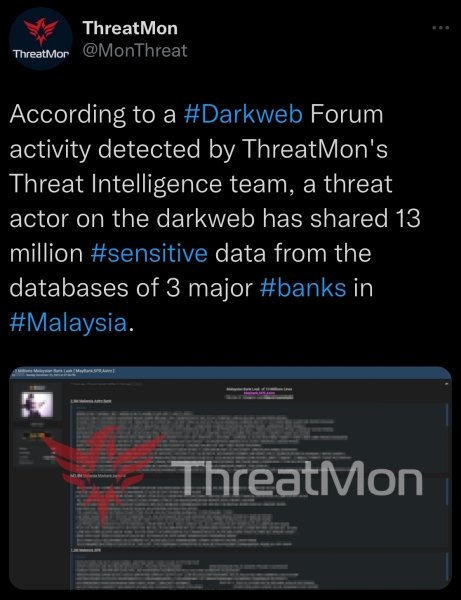 Fahmi said on the Bicara Naratif programme on 14 December 2022 that the ministry of communications and digital is looking into cyber security issues in order to protect individuals from being vulnerable to online threats such as fraud or information theft. He went on to reference the incident in 2017 where more than a 100 million sets of personal data were lost and stolen by fraudulent parties. He stated that it is important to “have an understanding that data is a national treasure, everything revolves around data, safe data, then our future is safe.

Malay Mail reported that there have been major data breaches in Malaysia in the past two years, which puts Fahmi in a tricky position. He recently came under fire for supposedly being anti free-speech. A fake twitter account was spreading on Facebook, stating that the minister was a free-speech naysayer, to which he responded that the move was ‘evil slander’ by an irresponsible party and that netizens should fact-check before spreading it to others.

Regarding free speech, he spoke in favour while also issuing a caveat that ‘free speech’ should have a basis and can be defended in court.