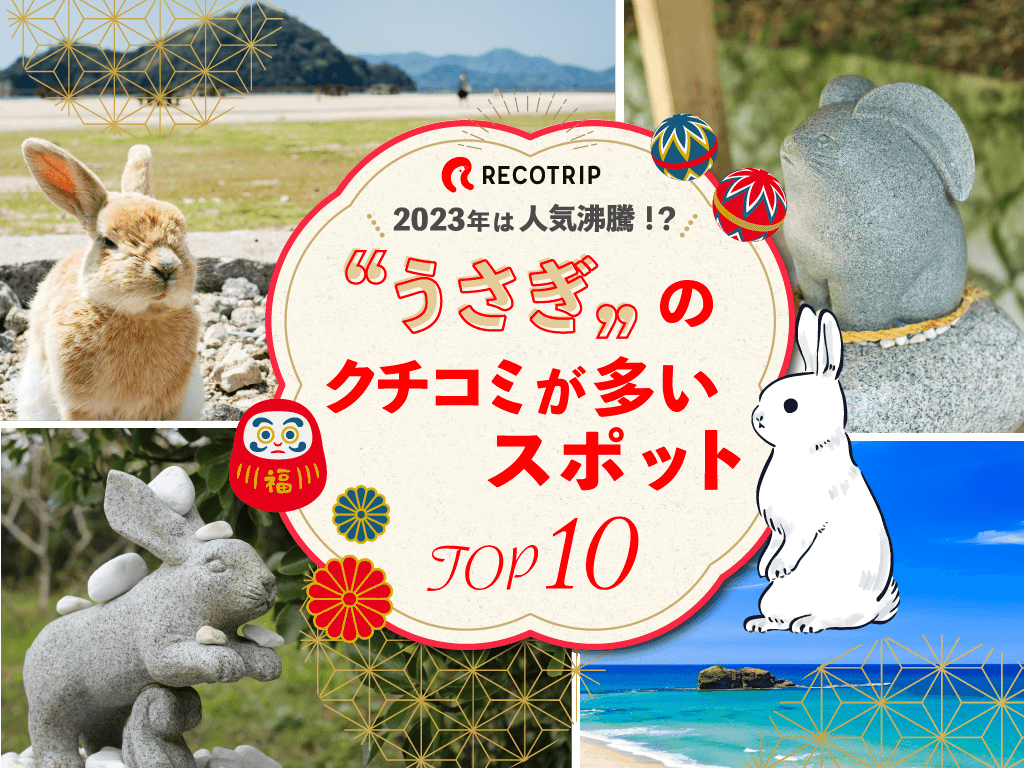 This Year of the Rabbit, visit some of the best Japanese sightseeing spots related to rabbits

It’s a new year, and you know what that means: it’s a new zodiac, too! 2023 is the Year of the Rabbit, and what better way to celebrate than traveling around Japan to spots where you can find rabbits, both live and decorative?

Travel information social media service RECOTRIP has released a list of the Top 10 Spots Whose Reviews Mention Rabbits. The list includes places where rabbit designs are a major motif and places where you can interact with real-life rabbits, so if you love bunnies, you’ll want to start booking!

This island just off the coast of Hiroshima Prefecture in the Seto Inland Sea would naturally be the top rabbit-related sightseeing spot because it’s famous for being home to over 900 rabbits. 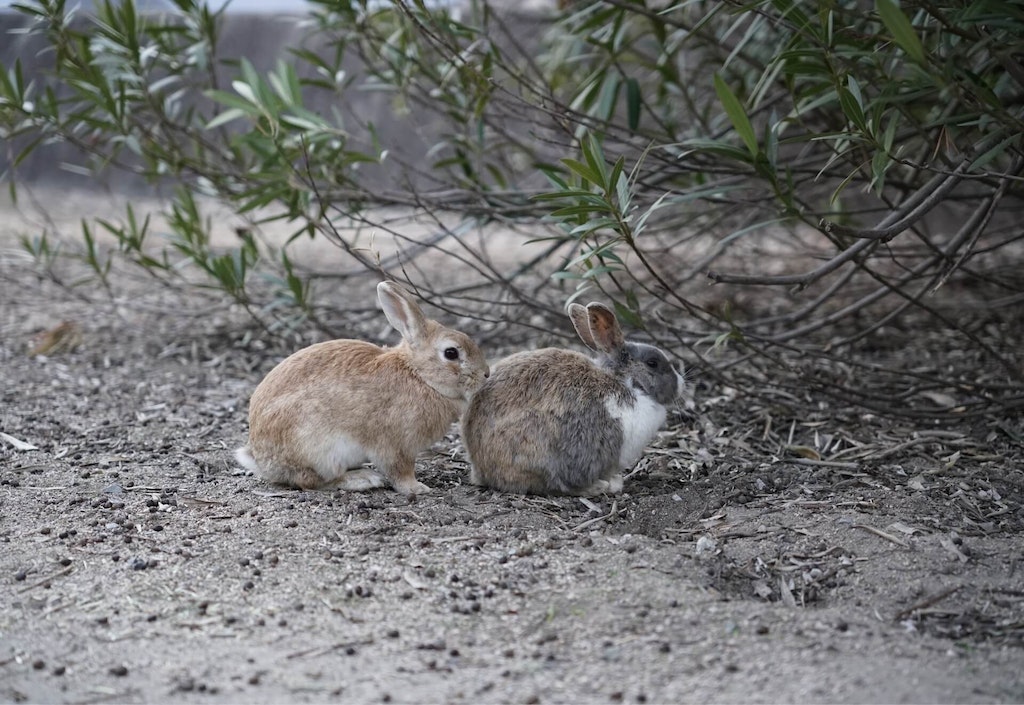 Known as “Rabbit Paradise“, this island is also a natural haven, with camping, swimmable beaches, and natural radon hot spring baths. It’s the kind of place you go to refresh your body and mind–and the hundreds of adorable live bunnies help!

This shrine worships the mythical White Hare of Inaba, which, according to legend, facilitated the marriage of the god Okuninushi-no-Kami and the goddess Princess Yakami. That’s why the Hare of Inaba is believed to be a matchmaking god, which makes this shrine a lucky place to visit if you’re about to get married. 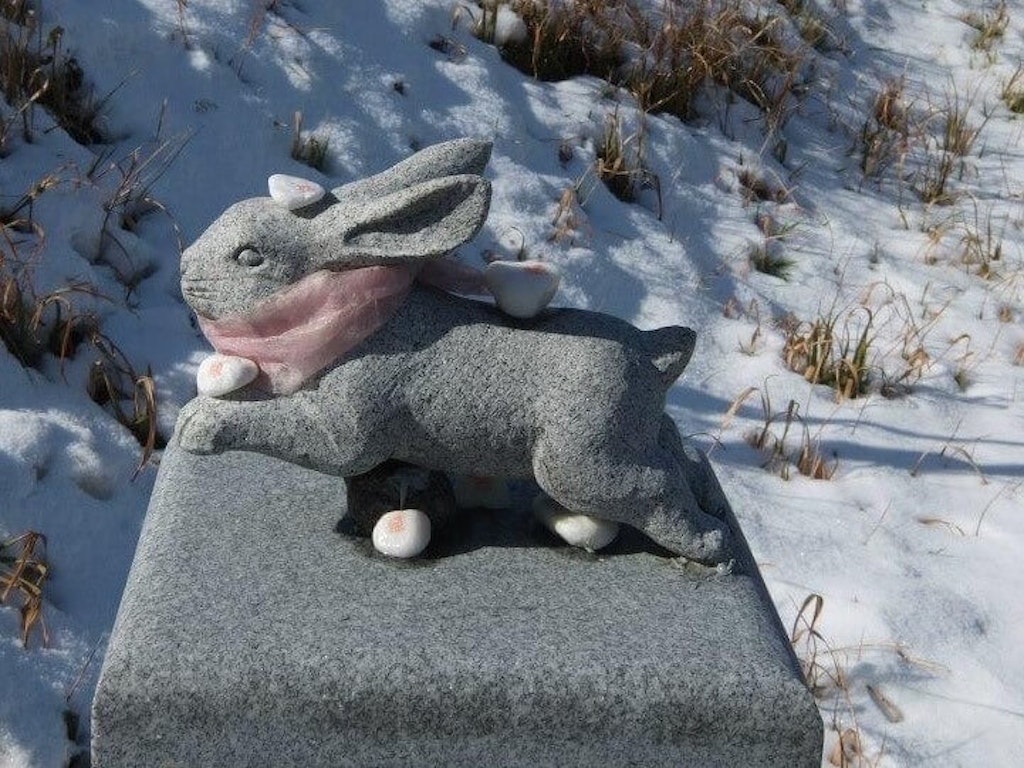 To tie into the theme, the shrine is dotted with rabbit statues and sells adorable rabbit-shaped omamori talismans, so it’s a haven for bunny fans.

This shrine is located in Sakyo Ward in eastern Kyoto near the mountains, an area that was once inhabited by wild rabbits. As such, they were considered messengers of the patron god of Okazaki-jinja, and this shrine was dubbed “the Rabbit Shrine”. 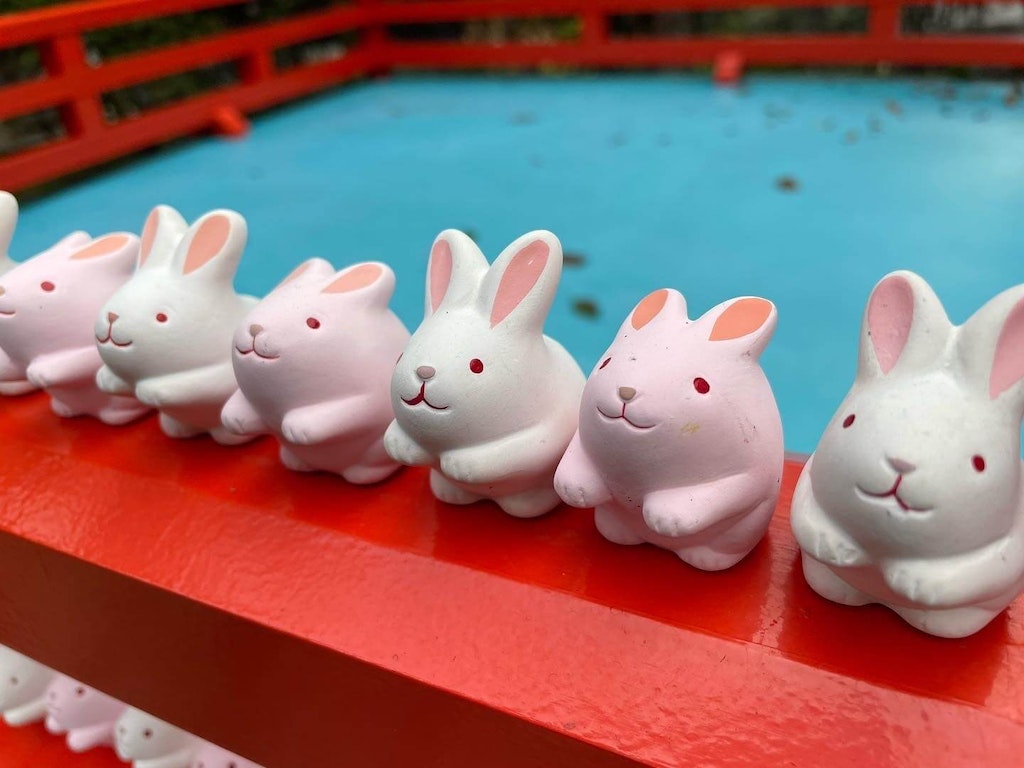 Amulets, ema wish boards, and fortunes are all rabbit-themed here, and this shrine is considered a great place to pray for conception and safe birth (since rabbits are considered to be highly fertile creatures). It’s also considered lucky for marriage and relationships, too, so if you have a wish in one of those categories, this is the place to have it granted!

The rest of the top 10 is full of great sightseeing spots, as well as rabbit-related cuteness:

Except for Okunoshima and the 8th place location, Tsukiusagi no Sato, a rabbit petting zoo with a restaurant and rabbit gift shop, the top 10 list is just about entirely made of shrines! Out of the remaining locations, only one, Usagi Shrine at the top of the Mt. Fuji Panoramic Ropeway, is dedicated entirely to rabbits, but the others are full of rabbit statues and talismans.

Number Four, Izumo-taisha Grand Shrine, for example, is known as the oldest, most important shrine in the Shinto religion (and is one of the country’s top temples, according to TripAdvisor), but it also has 46 statues of the White Hare of Inaba, like those shown below scattered around its grounds, since the shrine is dedicated to Okuninushi-no-kami.

In addition, at Kumano Grand Shine, three carvings of rabbits are hidden behind the main hall, and it’s said that if you find them all, your wish will be granted. In Tsuki Shrine in Saitama, north of Tokyo, rabbit statues are used as the protectors of the shrine in lieu of lion-dogs (shown below), since rabbits were considered the messenger of the god Tsuki, who is enshrined there.

The last two shrines on the list, Omiwa Shrine and Ujigami Shrine (which is right next to Uji Shrine in the green tea capital of Uji) are known for their rabbit tokens and other rabbit motifs. Omiwa, for example, offers ema wish boards in the shape of a rabbit’s head, which are popular with idol fans, and Ujigami sells adorable round, colorful, rabbit-shaped omikuji, or fortunes (shown below).

Whichever location you choose is bound to be full of interesting history, beautiful nature, and cute bunnies in different forms, so if you’re looking for a new place to vacation in the Year of the Rabbit, definitely try one of these spots!