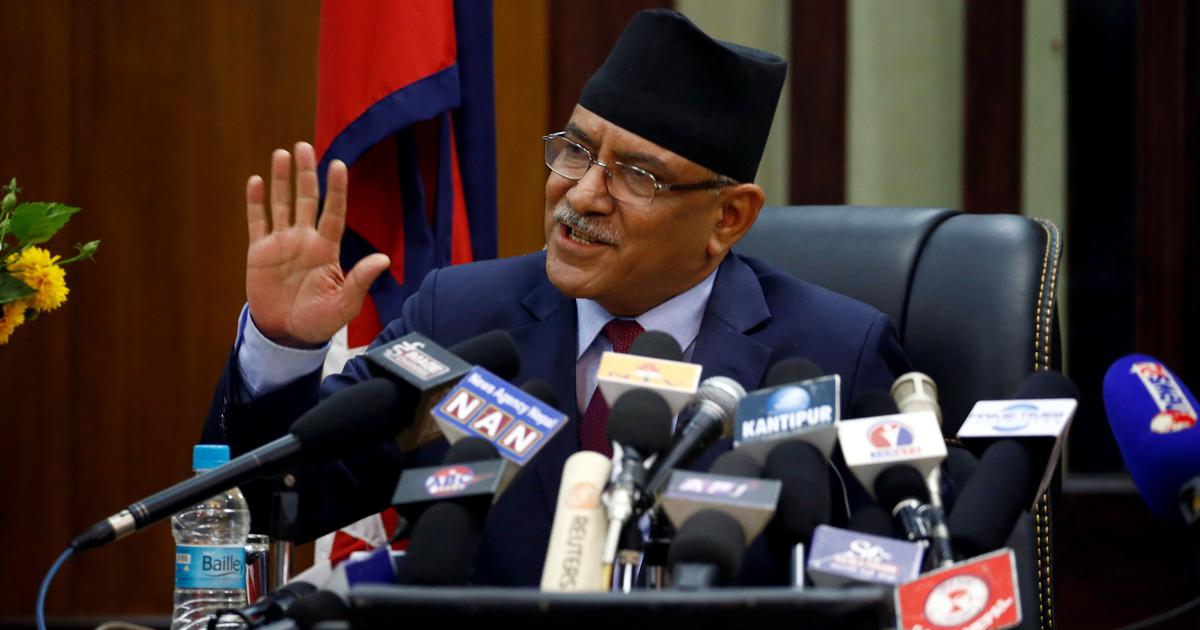 The Prachanda-Oli coalition coming to power in Kathmandu is seen as a cause of concern for India’s strategic interests as both communist leaders are widely considered to lean towards China. This comes amid India and China trying to compete for geopolitical influence in Nepal.

How did the Prachanda-Oli partnership stage a comeback?

Nepal has witnessed frequent government changes for many decades because of fragile coalition governments. Such coalitions have comprised varying combinations of parties.

One such coalition government between July 2021 and December 2022 comprised Prachanda’s Communist Party of Nepal (Maoist Centre) and Sher Bahadur Deuba’s centrist Nepali Congress party. Deuba was the prime minister during this period. But this alliance failed to win a parliamentary majority in the November 20 election. During government formation negotiations, Deuba rejected Prachanda’s demand for the prime minister’s position.

Prachanda then jumped ship to partner with former prime minister and rival Oli’s Communist Party of Nepal (Unified Marxist-Leninist). Some smaller parties also joined them. The revival of a partnership between Nepal’s two biggest communist parties brought the duo back to power. The two had also formed a coalition and ruled Nepal between 2018 and 2021.

Why are these turn of events being seen as disadvantageous for India?

Harsh V Pant, Vice President of Studies and Foreign Policy at the Observer Research Foundation, said the Prachanda-Oli government “will not be as sympathetic to India as the Deuba government”.

Delhi would have preferred the previous Nepali Congress-Communist Party of Nepal (Maoist Centre) coalition as the two communist parties reuniting is a victory for China, Nepali researcher and journalist Akanshya Shah argues.

China is believed to have played a key role in unifying the two communist parties in the 2018-2021 period because it prefers to have a Communist-run government in Kathmandu, experts suggest.

To back their point, experts highlight how China made strategic inroads into Nepal during 2018-2021. This has fuelled India’s concerns that Nepal developing stronger ties with Beijing would lead to Kathmandu prioritising Chinese interests at India’s expense.

Moreover, Prachanda is personally known to have close ties with the Chinese communist party. For example, when he became Nepal’s prime minister for the first time in 2008, Prachanda broke with Nepali foreign policy tradition by visiting China instead of India on the first official tour.

Ideology plays a critical role in shaping how Nepal’s internal politics powers its foreign policy. “There is likelihood that the president, Speaker and the PM’s position may all be occupied once again by Marxist-Maoists who obviously are ideologically closer to the Chinese communist party hence this definitely has a bearing on India, especially the ruling BJP,” Nishchal N Pandey, director of the Centre for South Asian Studies, Nepal, told Scroll.in.

What is Prachanda-Oli’s history of antagonism towards Delhi?

These tensions are not new. Prachanda, who once led an ultra-leftist insurgency in Nepal, and Oli have had frequent runs-in with Delhi over the years. Such friction has also caused repeated discomfort in India.

Pandey highlighted that the previous Oli-Prachanda government “made several decisions that pushed Indo-Nepal ties to a historic low”.

It was during their 2018-2021 coalition that Kathmandu had raked up an India-Nepal border dispute at a time when India was focusing on the military stand-off with China along the Line of Actual Control in 2020. Nepal’s Parliament approved a new political map, provocatively including areas in Uttarakhand. Delhi had responded by warning Nepal against making such “artificial enlargement” to territorial claims.

Prachanda had also in the past raked up another border dispute along the Nepal-Bihar border, claiming land India asserts is its.

Worse, during his earlier prime ministerial term, Prachanda demanded a revision of the 1950 Friendship Treaty, which underpins defence and foreign policy collaboration between the two neighbours. This demand, which he reiterated in July, stems from a belief that the treaty is stacked in India’s favour.

Another major matter where Prachanda-Oli and Delhi stood on opposing sides was the 2015 Madhesi agitation. India was angered by the final draft of Nepal’s proposed Constitution as it did not address the Madhesi and the Tharu ethnic groups’ concerns of being marginalised. The two groups living mainly along the Indian border have strong cultural relations with India.

While Prachanda initially backed a Madhesi alliance, he switched sides abruptly to leave the group politically isolated. This abandonment did not go down well with Delhi.

In response, the Modi government enforced a six-month blockade of Nepal, which created significant shortages in the landlocked country. Oli, who was the prime minister at the time, accused India of supporting the blockade and sought China’s help in meeting the connectivity challenge. This concerned India even further.

Relations recovered only after Deuba’s coalition ousted Oli in 2021. Oli had accused India of plotting to topple his government, just as he had in 2016.

How much will the past affect present relations?

However, there is hope for India-Nepal relations going forward. While there are concerns regarding the relationship’s trajectory, Pant suggests the new Nepali government will try to balance India and China and look at relations in a more pragmatic way. “In the long term, it is unlikely to be a problem for India as it is also in Nepal’s interest to work with India,” he said.

Similarly, Pandey suggests that to secure better ties with Kathmandu, Delhi should engage with all sides of Nepal’s political spectrum, prioritise religious and cultural affinity, and build on the goodwill created by the 2015 earthquake reconstruction and Covid-19 pandemic assistance.