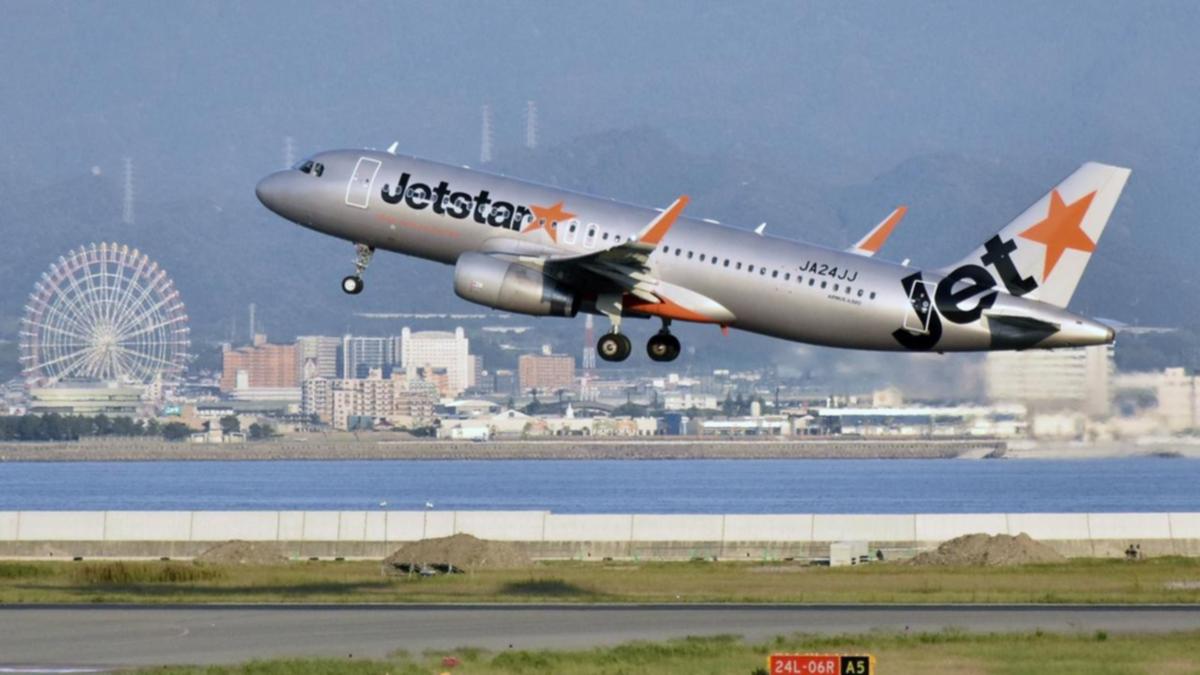 Tokyo’s Narita airport received the call at 6:20 a.m. Japan time from a man in Germany saying in English that he had put a bomb on the aircraft, NHK reported, citing police sources.

The domestic flight from Narita to the southwestern city of Fukuoka was diverted to Chubu airport, a Chubu airport spokesperson told CNN. All 136 passengers and six crew members aboard evacuated the aircraft there, NHK reported.

Watch the latest news and stream for free on 7plus >>

At least five people were lightly injured while leaving the aircraft according to NHK, which broadcast footage of passengers evacuating the plane via emergency chutes.

Pictures shared on social media show an Airbus A320, operated by Jetstar, with chutes deployed and passengers evacuated around the aircraft.

Citing police sources, NHK said the caller claimed to have placed 100 kilograms (220 pounds) of plastic explosives in the aircraft’s cargo hold and demanded to speak with the “manager” or he would set off them off.

No explosives have been found on board the plane, NHK said.

The Chubu airport spokesperson said flights had resumed at the facility following a four-hour suspension and the incident is being investigated.

“A Jetstar Japan flight travelling from Tokyo (Narita) to Fukuoka diverted to Chubu Airport, landing normally at 7:41am local time today after a potential security incident,” a statement read.

“Out of an abundance of caution, passengers disembarked via emergency slides. We know this would have been distressing for passengers and thank them for their cooperation.

“Our teams are supporting them and working to get them on their way as quickly as possible.

“Jetstar Japan is also working closely with Chubu Airport and local authorities to investigate the situation.”