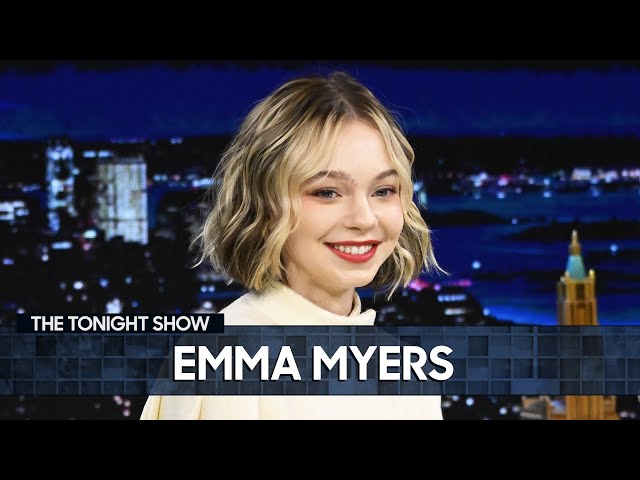 MANILA, Philippines – Emma Myers, the actress behind the adorable ‘Wednesday’ character Enid Sinclair, couldn’t hold back from being a true and giddy CARAT during her first guest appearance on The Tonight Show Starring Jimmy Fallon!

On Thursday, January 5, Emma sat down with Jimmy to discuss her love for global K-pop sensation SEVENTEEN, with whom she’s been an avid fan of for five years, since she was 15 years old. In the clip, Jimmy showed Emma a photo of the 13-member group, and asked why they were named SEVENTEEN.

“There’s 13 of them, then there are three different groups: hip hop, performance, and vocal, and then there’s one team. So 13 + 3 + 1 is SEVENTEEN,” Emma excitedly explained.

Jimmy then asked Emma which SEVENTEEN song she would recommend to him and the audience, and she replied with “To You”, which is a B-side track from the group’s 2021 album Attaca. “It’s really fun, it’s upbeat, it’s got a great story behind it,” she said. Emma has long expressed her love for her favorite boy group on her social media accounts and during live interviews.

On the same day, SEVENTEEN reposted Emma’s interview with Jimmy Fallon on Twitter, with the caption: “Thank you Emma and Jimmy! Hope to see you soon.”

Emma made her child acting debut in 2010 for the TV series The Glades. Her recent break-out role was playing Wednesday Addam’s bubbly, colorful roomie and best friend Enid Sinclair on Netflix’s hit show Wednesday. She is set to star in upcoming Netflix comedy Family Leave with Jennifer Garner and Ed Helms. – Rappler.com