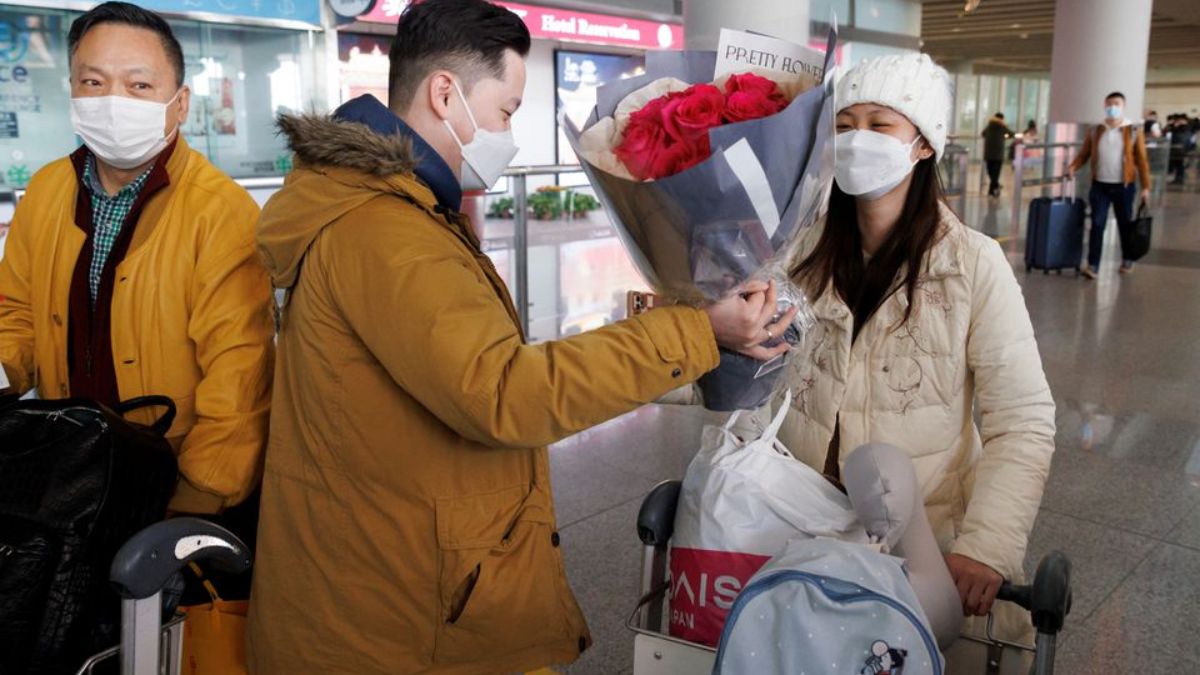 China braced for a “new phase” in its battle against Covid-19 on Monday and financial markets strengthened after Beijing dropped pandemic border controls in the latest easing of curbs that has let the virus loose on its 1.4 billion population.

Sunday’s reopening is one of the last steps in China’s dismantling of its “zero-Covid” regime, which began last month after historic protests against curbs that kept the virus at bay for three years but caused widespread frustration among its people and severe damage to the world’s second-largest economy.

While Beijing’s move to drop quarantine is expected also to boost outbound travel, several nations are demanding negative tests from visitors from China, seeking to contain an outbreak that is overwhelming many of China’s hospitals and crematoriums.

“Life is moving forward again!,” the official newspaper of the Communist Party, the People’s Daily, wrote in an editorial praising the government’s virus policies late on Sunday which it said had moved from “preventing infection” to “preventing severe disease”.

Today, the virus is weak, we are stronger.”

China’s state Xinhua news agency said the country had entered a “new phase” of its Covid response, citing its virus prevention experience, the development of the epidemic and increased vaccination levels.

China’s top health officials and state media have repeatedly said Covid infections are peaking across the country and they are playing down the threat now posed by the disease.

That is in stark contrast to the earlier regime of strict quarantines and lockdowns as China managed the virus as a “Category A” disease like the bubonic plague and cholera. China’s management of Covid was technically downgraded to “Category B” on Sunday, although many curbs have been dropped for weeks.

Officially, China has reported just 5,272 Covid-related deaths as of January 8, one of the lowest rates of death from the infection in the world.

But the World Health Organization has said China is under-reporting the scale of the outbreak and international health experts estimate more than one million people in the country could die from the disease this year.

Shrugging off those gloomy forecasts, investors are betting that China’s reopening will help revive the USD 17 trillion economy and bolster the outlook for global growth.

Those hopes lifted Asian shares to a five-month high on Monday while China’s yuan firmed to its strongest level against the dollar since mid-August.

“The ending of the zero-Covid policy is … going to have a major positive impact on domestic spending,” Ralph Hamers, Group Chief Executive Officer at UBS, told the bank’s annual Greater China Conference on Monday.

“We believe there is a lot of opportunity for those committed to investing in China.”

“It’s a huge relief just to be able to go back to normal … just come back to China, get off the plane, get myself a taxi and just go home,” Michael Harrold, 61, a copy editor in Beijing told Reuters at Beijing Capital International Airport on Sunday after he arrived on a flight from Warsaw.

Harrold said he had been anticipating having to quarantine and do several rounds of testing on his return when he left for Europe for a Christmas break in early December.

State broadcaster CCTV reported on Sunday that direct flights from South Korea to China were close to sold out. The report quickly shot to the most read item on Chinese social media site Weibo.

However, a spike in demand from South Koreans, who make up the largest number of foreign residents in China, as well as others, will be hampered by the limited number of flights to and from China, which are currently at a small fraction of pre-Covid levels.

Korean Air said earlier this month that it was halting a plan to increase flights to China due to Seoul’s cautious stance towards Chinese travellers. South Korea like many other countries now requires travellers from China, Macau and Hong Kong to provide negative Covid test results before departure.

Flight Master data showed that on Sunday, China had a total of 245 international flights, combining inbound and outbound, compared with 2,546 flights on the same day in 2019, representing a fall of 91 per cent.