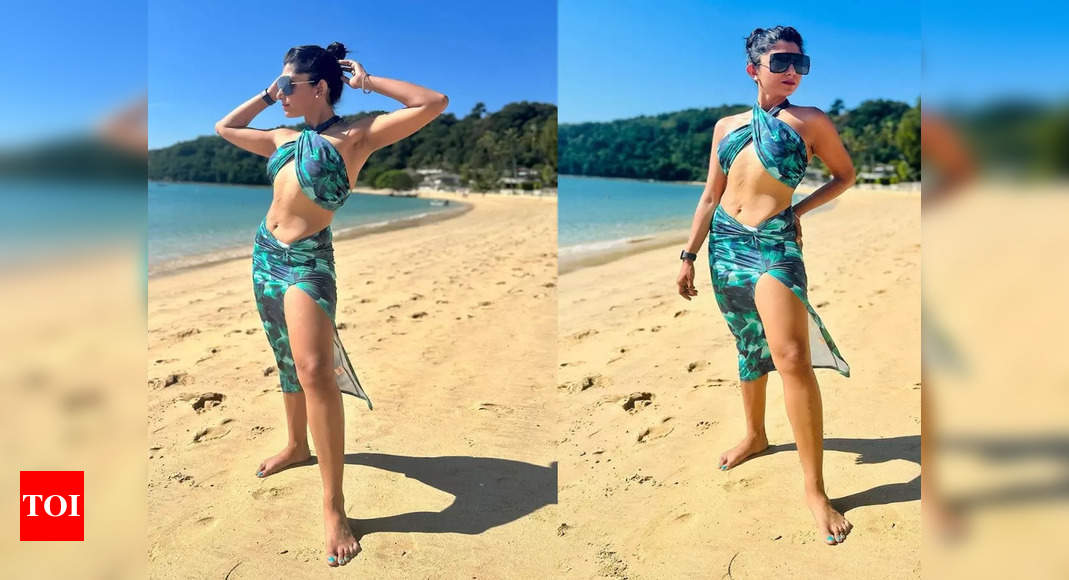 The controversy surrounding Deepika Padukone and Shah Rukh Khan’s upcoming film ‘Pathaan’ and it’s dance number ‘Besharam Rang’ might have kicked up a social media storm since the past few weeks but the peppy track in a hit among Instragram influencers. There have been quite a few Insta reels on ‘Besharam Rang’ that grabbed everyone’s attention. For instance, last week a plus-size fashion model’s dance moves stormed the internet as she nailed the Deepika Padukone hook step from the ‘Pathaan’ song.
In case you are in love with the tweaking steps from the song and even tried to recreate them, you know that nailing the hook step isn’t that easy. However, Devlina Kumar’s latest Instagram reel might inspire you instantly. The actress has just dropped her bold dance video on ‘Besharam Rang’ that shows her recreating Deepika Padukone’s steps from the song. She was recently vacationing in Thailand with husband Gourav and the latest video is a snippet from her beach vacation. The actress can be seen wearing a stunning monokini and flaunting her gracious dancing skills in the now-viral video.
Check out Devlina’s video here:
While many have praised her skills there were others who started trolling the actress brutally. One user even commented, “Sasti deepika.” Despite all the negative comments, Devlina stayed calm and didn’t lose her temper.
Meanwhile, the ‘Besharam Rang’ song became a national debate since its release last December and ahead of ‘Pathaan’ release, the makers have faced protests across India for allegedly ‘hurting Hindu sentiments’.