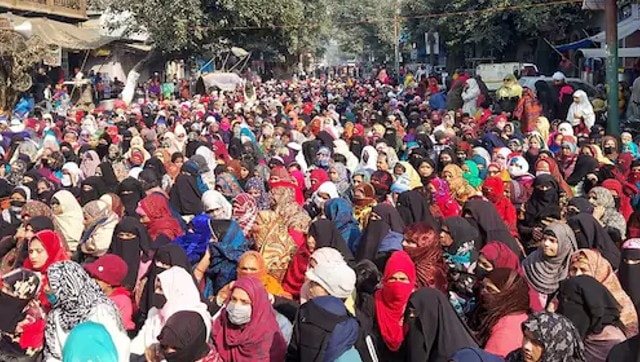 Why Haldwani eviction case is not anti-Muslim: It’s railways versus residents

The recent eviction incident in Uttarakhand’s Haldwani has made headlines, and the matter has been getting aggravated with the anti-Muslim narrative in the national and international media. Deliberate attempts have been made to push the whole case as Modi vs Muslims.

After reading different reports and similar cases of the past, it is clear that it is not a religion-based issue — as is being misconstrued by a section of the media and a few so-called human-rights organisations.

It’s not Muslims vs Hindus, Muslims vs State, or Modi vs Muslims. It’s Railways vs residents. For those who are not aware of Haldwani, here is a quick piece of information: It is an administrative area, popularly known as the ‘Tehsil’ of Uttarakhand’s district Nainital. The area has been under the grip of India’s largest Opposition party, the Congress, for decades now.

In December 2022, the Uttarakhand High Court gave a judgement in favour of the Railways and gave an ultimatum to the residents to vacate the land in seven days, failing which paramilitary troops will be deployed to oversee the demolition. The residents took out a silent protest along with a video, making an emotional appeal to the viewers to pressure the government to halt the eviction drive. The protest was carried out before the matter could be heard in the Supreme Court. As soon as the video hit the Internet and got viral on various social media platforms — the whole matter was painted as the ‘Indian government’s divisive act against the Muslim minority’, though the area also holds a reasonable amount of Hindu populace and temples.

Meanwhile, the Supreme Court bench heard the case on 5 January and passed a judgement that “there cannot be the uprooting of 50,000 people in seven days.” The court posted the matter to 7 February 2023, asking the state and the railways to find a “practical solution.” The bench, made up of Justices Sanjay Kishan Kaul and Abhay S Oka, expressed special worry over the fact that many of the residents have lived there for years and assert their legal entitlements based on leases and auction purchases. >Justice SK Kaul said, “There are two aspects of the issue. One, they claim leases. Two, they say people migrated after 1947 and the lands were auctioned. People stayed there for so many years. Some rehabilitation has to be given. There are establishments there. How can you say in seven days clear them off?”

Making a mole out of the hill and amplifying a country’s internal matter as an international issue is no big deal in the age of modern electronics and jet-speed approachability. An individual just requires a Twitter account with a considerable number of followers, with ‘Journalist’, ‘Activist’ or ‘Fact-Checker’ written braggingly in the bio. Certain groups and organisations do it deliberately to pressurise the governments and use the situation as a ‘human-rights violation’ tool to settle political scores.

Having said that, in June 2021, there was a similar eviction case of Kohri Gaon in the Faridabad district of Haryana. However, there was no communal angle to it, though there were 100,000 people, including 20,000 children, and 5,000 pregnant and breastfeeding women. Why was there no religious-based angle?

If the NGOs and human-rights groups really wanted to help the Haldwani residents, they would have used the humanitarian angle while engaging with the government, not bashing and humiliating it in the international wrestling ring.

As mentioned earlier, the Haldwani area also possesses nine temples, but adding religious colour to the issue has misguided the international community.

Recreation of Shaheen Bagh-style protests could get India into bad books, especially at the time when it has received G20 presidency and the honour to host the summit in 2023.

India is currently going through incredible changes compared to the past. Whether it’s India’s foreign policy or its economy, it is outdoing some of the veterans like Japan and the United Kingdom.

During this transitional period, the political opponents and the country’s competitors will leave no stone unturned to divide society and sow discord. A good number of media channels and their journalists thrive on pushing the Muslims vs Modi or Muslims vs Hindutva narrative. Unfortunately, some journalists do that deliberately to push the victimhood mentality subtly. For instance, a famous journalist recently tweeted about the Air India urinating tirade. He said, if the accused would have been a Khan instead of a Mishra, then the whole issue would be different. In my view, this is nothing but adding fuel to the fire and provoking Muslims subtly that they are perpetual victims, and it also means setting a large section of citizens against their own government.

The Supreme Court’s decision should be upheld as it watered down the ambitions of those who wanted to recreate Shaheen Bagh in Haldwani.

Who should be blamed for Haldwani?

The residents of Haldwani may not be outright held accountable, as they claim to have Aadhaar cards, legal documents, electricity and gas bills, etc. However, those political parties and the officials, and the real estate agents who assured them and sold them the lands should be questioned.

Common people cannot comprehend legal jargon and mostly rely on agents and officials. In fact, in most cases, real estate agents sell off lands categorised as “Green Zone.” By the time they learn about it, they go bankrupt and run through mental distress. Real-estate literacy should be common.

At the end of the day, the matter is between the government and the citizens. It’s an onus upon the government to take care of its people. But this cannot be achieved by humiliating the government in the international arena. Irrespective of the political parties, people should learn to engage with the state. Talking to the office bearers with dignity and respect will get the matters resolved. Repulsive and aggressive attitudes will not work. The politicians and journalists who fan this fiery attitude are the least affected. Those who pay them ears suffer, eventually.

The author is a Saudi-based Indian national. He is Director of Milli Chronicle Media London. He holds a PG-Diploma in Artificial Intelligence and Machine Learning (AI-ML) from IIIT. He did a certificate program in Counterterrorism from the University of Leiden, Netherlands. He tweets under @ZahackTanvir. Views expressed are personal.