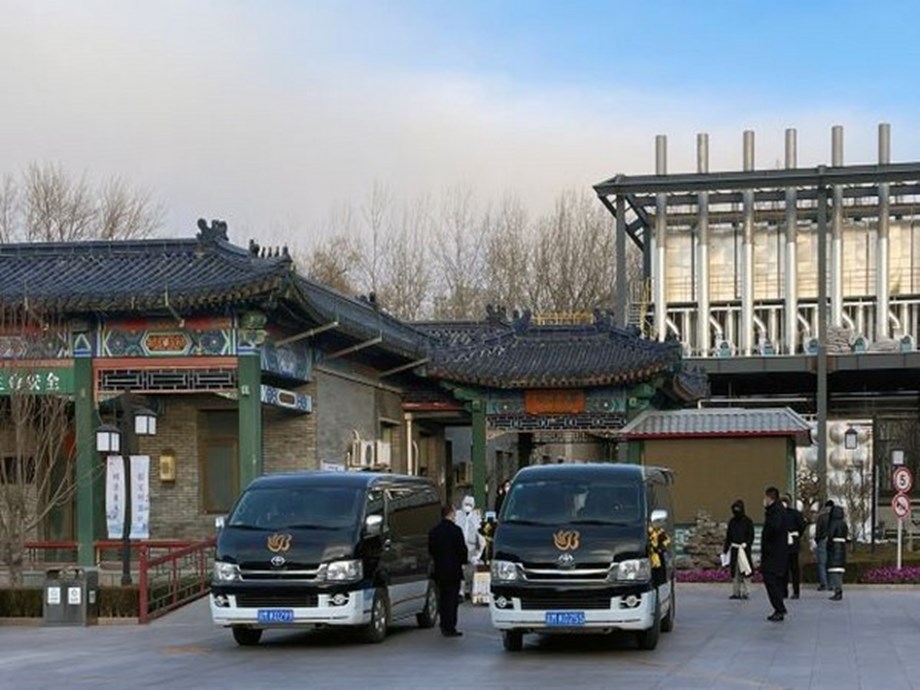 Satellite images of a number of Chinese cities have captured crowding at crematoriums and funeral homes, amid the Covid surge across the country after Beijing lifted severe pandemic restrictions, reported Washington Post. An overwhelmed funeral home in Chengdu, China, stopped offering memorial services, budgeting just two minutes for each family to say goodbye to loved ones before cremation.

A funeral parlour on the outskirts of Beijing quickly cleared space for a new parking lot. Scalpers in Shanghai sold places in line at funeral homes for USD 300 a pop to grieving relatives trying to get cremation slots, reported Washington Post. The imagery captured by Maxar Technologies showed an uptick in activity at funeral homes across six different cities, from Beijing in the north to Nanjing in the east, to Chengdu and Kunming in the southwest.

Social media posts, too, revealed long wait times and overwhelmed staff at additional facilities. “I have worked here for six years and it has never been this busy,” said a receptionist at the Jiangnan Funeral Home in Chongqing in southwest China, describing long lines of cars waiting to get into the facility during the days just before and after Christmas.

“The freezers were full and all eight incinerators were operating 24/7. The phone has basically not stopped ringing,” she said. Such is the demand that at least four funeral homes contacted by the Washington Post have stopped allowing memorial services and are now offering only cremation services and storage, an indication that the majority of people waiting at these facilities were there to process recently deceased loved ones.

China recently moved away from its strict ‘Zero Covid’ approach, which had sparked mass unrest after more than two years of tight controls on citizens’ personal lives. China’s strict policy shielded its population from the kind of mass deaths seen in Western nations — a contrast repeatedly driven home by the Communist Party to illustrate the supposed superiority of its restrictions.

The Chinese government continues to insist that fewer than 40 people have died in China of Covid since December 7, when ‘Zero Covid’ restrictions, aimed at entirely eliminating the virus were suddenly dropped and infection numbers exploded. Exactly how Chinese authorities count Covid deaths has been a point of contention since the start of the pandemic. Since December, only people who died of respiratory failure have been included in the official count, regardless of whether they tested positive for the virus, the Washington Post reported.

Chinese health officials have tried to reassure the public by citing the low fatality rate, 0.1 per cent, of the omicron variant. Officially, just over 5,200 people have died of Covid in China since the beginning of the pandemic. However, projections made by international experts put the real death toll closer to 5,000 people each day, with several models predicting more than 1 million Covid deaths in China in 2023, reported the Washington Post. (ANI)