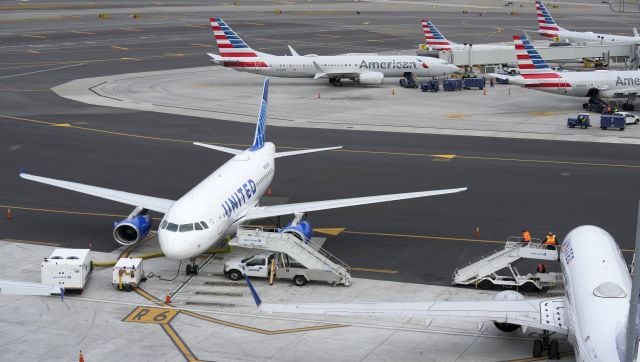 Explained: What is NOTAM, the computer system that grounded US flights?

Up until Wednesday, very few people must have heard about NOTAM. However, flyers quickly learnt its importance when thousands of flights to, from and within the United States were delayed or cancelled.

On Wednesday, air traffic operations across America — from Denver to Atlanta to New York City — were disrupted; flight tracking website FlightAware reported about 5,400 flights within, into or out of the United States had been delayed as of 7 am US Eastern Time. An additional 900 flights were also cancelled.

The Federal Aviation Administration (FAA), which regulates all aspects of civil aviation, said that the outage was owing to a problem in the Notice to Air Missions system (NOTAM), which provides information to flight crews about hazards, changes to airport facilities and other essential information.

The technical glitch negatively impacted millions of flyers, with their travel plans being ruined. Several passengers complained of the situation on social media; “This wasn’t the best day to fly. The FAA grounded flights this morning causing our first flight to be delayed, then cancelled,” wrote Brittney Gobble on Facebook. “Just another reminder of why I prefer to drive.”

Michael Remy, another flyer, arrived at an airport in Virginia planning to head to North Carolina for vacation, but his flight was delayed right before boarding. “It is what is, so, you can only get so upset,” he told the BBC. “I may have seen it differently if I was headed to a wedding or a funeral, though.”

After hours of disruptions, the FAA announced that air traffic operations were resuming normally— around 09:00 ET — and that the disruption was due to a “damaged database file” and there was no evidence of a cyberattack.

So, what are NOTAMs? How important is it for flying? What happens to those whose flights were cancelled? We have the answers for you.

The Notice to Air Missions (NOTAM) is a safety system distinct from air traffic control, which tracks plane location in order to prevent crashes. As the FAA website explains, A NOTAM is a “notice containing information essential to personnel concerned with flight operations but not known far enough in advance to be publicised by other means. It states the abnormal status of a component of the National Airspace System — not the normal status.”

In simpler terms, they are compilations of essential pre-flight information for pilots, airline dispatchers and others that include details about things such as potential bad weather on the route, runway and taxiway changes at airports and closed airspace that must be avoided.

The system dates back to 1947 and was modelled after the Notice to Mariners, which advised ship captains about hazards on the seas. When created, the air-notification system was called “Notice to Airmen.” It was renamed to the more inclusive “Notice to Air Missions” in December 2021.

Earlier, NOTAMs used to be telephone-based, with pilots calling dedicated flight service stations for the information. However, with the internet, it moved online.

Today, a pilot can’t legally take off until he or she has reviewed the information.

To pack in so many details, the notification system uses specialised abbreviations that can be parsed by computers. Those abbreviations are set by the International Civil Aviation Organization (ICAO), which oversees global air travel. If there is no appropriate ICAO term, “plain language” is used in the NOTAM, according to FAA.

Planes sit on the tarmac at Terminal B at LaGuardia Airport in New York, Wednesday. Hundreds of flights were delayed or grounded owing to the glitch in the NOTAM system. AP

Has the NOTAM system failed before?

Never like this. Long-time aviation insiders told the Associated Press they could not recall a technology breakdown causing an outage on this scale. “Periodically there have been local issues here or there, but this is pretty significant historically,” Tim Campbell, a former senior vice president of air operations at American Airlines and now a consultant in Minneapolis, said to Associated Press.

John Cox, a former airline pilot and aviation safety expert, explained that there has been talk in the aviation industry about trying to modernise the NOTAM system.

CBS News’ Peter Greenberg reports that the last time flights were grounded for so long was in the aftermath of the 11 September 2001 terrorist attacks.

What went wrong on Wednesday?

As systems went down on Wednesday, initially it wasn’t clear what had gone wrong.

Transportation Secretary Pete Buttigieg responding to claims that the system was outdated, said that the NOTAM system was constantly updated and there was no question about it being outdated.

“We will not allow anything to take place that is not safe,” Buttigieg told reporters. “This is precisely why our focus right now is on understanding, identifying and correcting anything related to the root cause of how this happened in the first place.”

The FAA later said that there preliminary indications showed that a corrupted file had affected both the primary and the backup systems. Buttigieg further said that the FAA will further pinpoint the source and identify steps to prevent it from happening again, and he echoed the agency in saying there is no evidence of a cyberattack.

Later, White House Press Secretary Karine Jean-Pierre tweeted that “there is no evidence of a cyberattack at this point.” “The President directed DOT to conduct a full investigation into the causes. The FAA will provide regular updates,” she said, referring to the Department of Transportation.

However, the flight disruptions left Texas senator Ted Cruz fuming, calling for accountability from the FAA on what went wrong. “The flying public deserves safety in the sky,” he said in a statement. “The FAA’s inability to keep an important safety system up and running is completely unacceptable.” 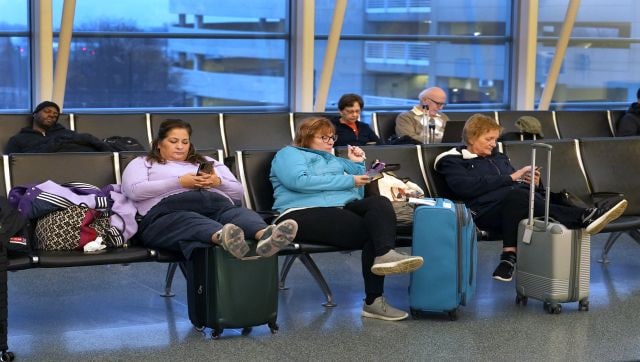 Passengers wait to depart Chicago’s Midway Airport as flight delays stemming from a computer outage has brought flights to a standstill across the US. AP

Will flyers be compensated?

Even though FAA was at fault for the disruptions, airlines will be on the hook for refunds and other compensation.

Kurt Ebenhoch, a consumer travel advocate and former airline executive, said passengers are entitled to a full refund if an airline cancels a flight for any reason.

Major airlines such as Delta, American, Southwest and United had waived fees for Wednesday and some Thursday flights, to make it easier for passengers.

Bretty Snyder, a travel agent and author of ‘Cranky Flier’ blog, said that Secretary Buttigieg should set an example and reimburse people from government funds.