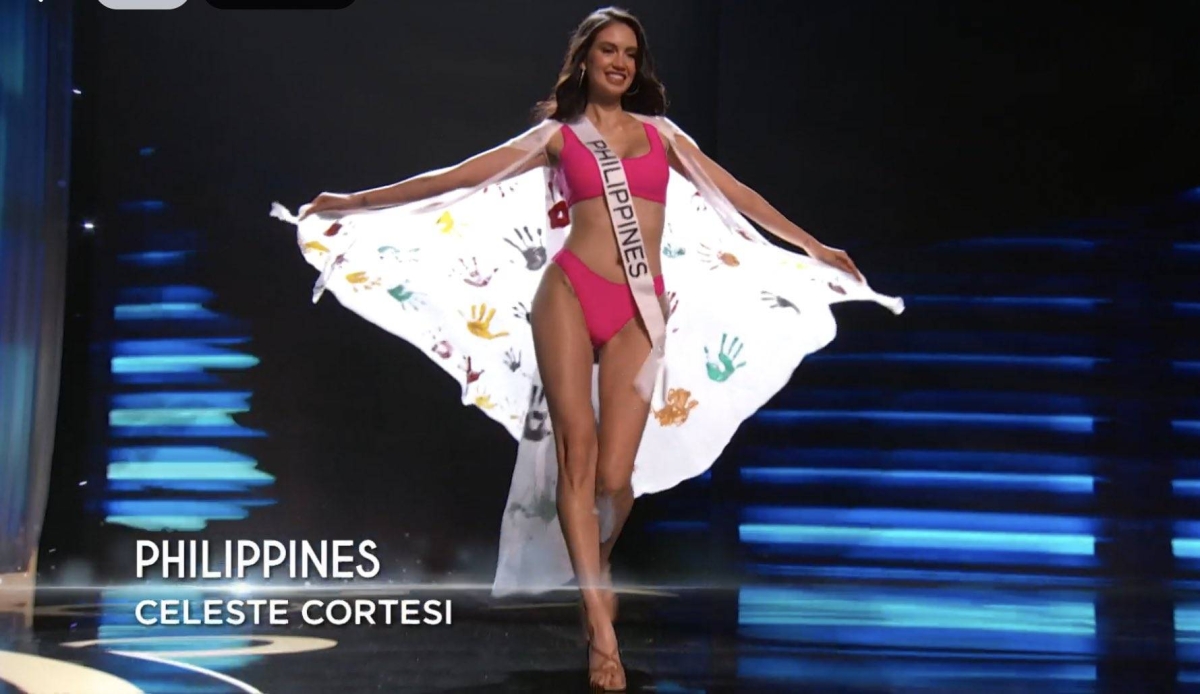 PHILIPPINE candidate Celeste Cortesi is off to a great start as she wowed everyone with her overall performance at the preliminary competition of the 71st Miss Universe pageant held in New Orleans, Louisiana on Thursday (Manila time).

During the swimsuit round, Cortesi flaunted her curves in pink two-piece swimwear with a cape designed with colorful handprints. According to Miss Universe Philippines Facebook post, she carried her experience from Save the Children Philippines outreach in Marawi to the Miss Universe stage through the cape that the Filipino children had a hand in making.

“In amplifying the voices of the children who need our help, I wanted to bring them with me on the Miss Universe stage. The imprints all over the cape remind me that having a title means to have a purpose beyond myself. Having talked to some of the mothers of the children beneficiaries, I was reminded of my own Mother who struggled to provide for my sister and I,” Cortesi shared about her cape as posted by Miss Universe Philippines.

“Unfortunately, there are millions of children who live in poverty, amidst [a] crisis. I hope that it inspires people to donate to Save the Children Philippines. There’s much work to be done and every single person’s help matters,” she added. 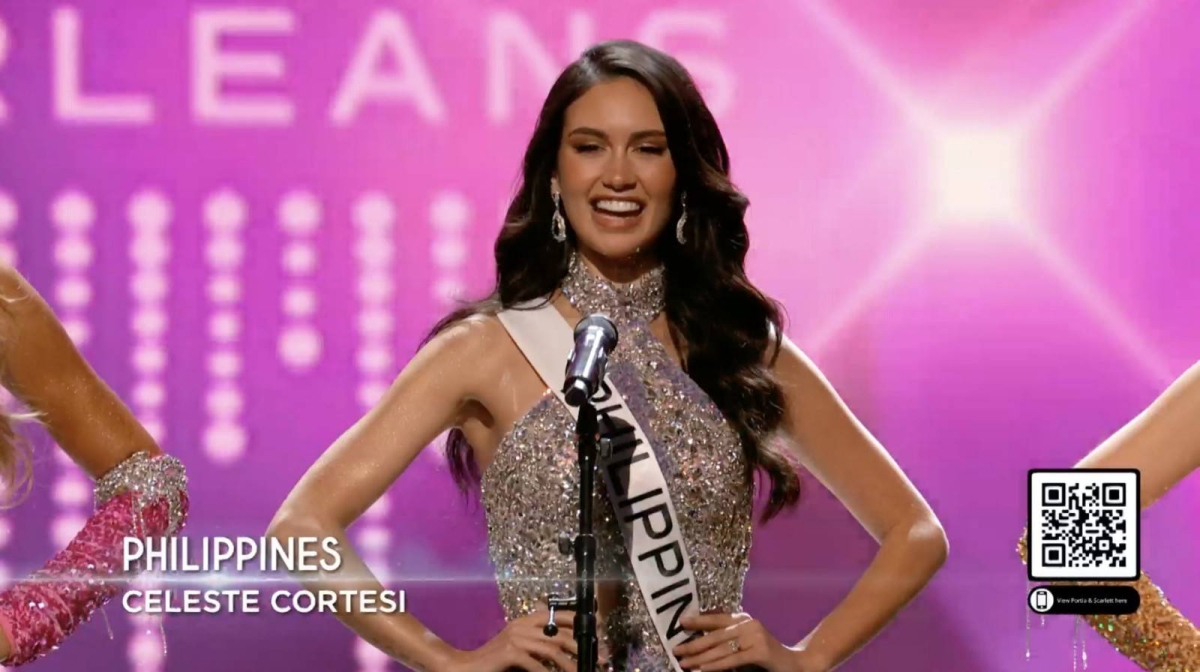 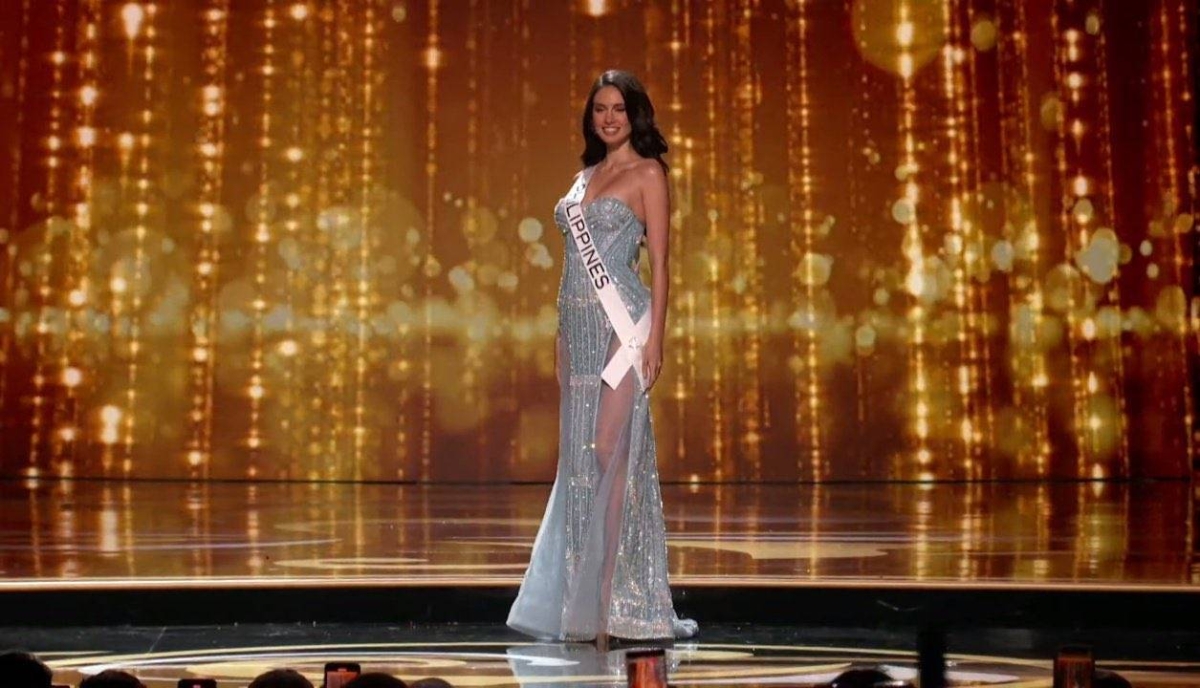 Miss Universe Philippines explained, “In the poem her father wrote for her, he writes that when he was holding her in his arms he knew her name would be Celeste. Celeste means heavenly and sky blue in Italian.”

The highly anticipated event will feature almost 90 women from around the globe vying for the job of Miss Universe, through the process of personal statements, in depth interviews and various categories including evening gown & swimwear. The evening will culminate with the 70th Miss Universe, Harnaaz Sandhu, who brought the title back to India for the first time in 21 years, crowning her successor.

The new queen will take home the Force for Good crown by Lebanon’s Mouawad, the official jeweller for Miss Universe. The crown is estimated to be worth $5.5 million and comes embedded with 110 carats of blue sapphires and 48 carats of white diamonds.

The 71st Miss Universe competition will be held at the New Orleans Ernest N. Morial Convention Center, New Orleans, Louisiana. It will be aired and streamed live on A2Z Channel 11, Kapamilya Channel, Metro Channel and iWantTFC on January 15 at 9 a.m. (Manila time).