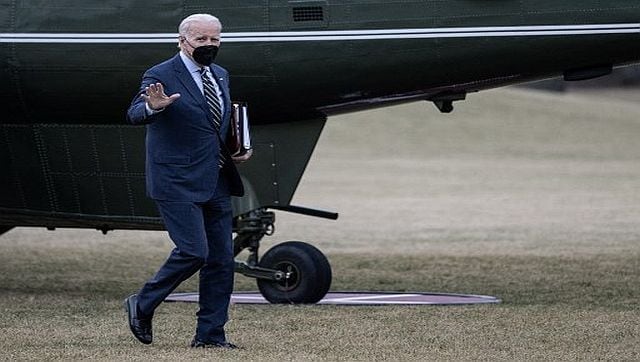 The many ways Republicans want to investigate Joe Biden

Washington: With Washington in a state of divided government, newly empowered House Republicans are all but certain to be unable to enact their legislative agenda into law.

Instead, they have made it clear that their primary mission in the 118th Congress will be investigating the Biden administration, including inquiries they say could lead to the potential impeachment of President Joe Biden and several Cabinet members.

Preparing to use their new subpoena power, Republicans have already created three special investigative committees or subcommittees, but they expect to carry out many more inquiries under existing committees they now control.

Some of the investigations may involve multiple panels, and top Republicans are jockeying for the biggest and most prominent pieces.

While Speaker Kevin McCarthy said last year that he had not yet seen grounds for impeaching Biden, Republicans have already introduced a host of impeachment articles against the president and members of his Cabinet, and some influential members on the right have said they relish the prospect of trying him for high crimes and misdemeanours.

Here is a road map of the investigations:

The ‘weaponisation’ of government

What committee is involved: A special subcommittee of the Judiciary Committee, led by Representative Jim Jordan, R-Ohio.

Substantive policy questions: This remains to be seen. The text of the resolution establishing the subcommittee gives the panel essentially open-ended jurisdiction to scrutinise any issue related to civil liberties or to examine how any agency of the federal government has collected, analysed and used information about Americans — including “ongoing criminal investigations.”

It also gives the subcommittee the authority to obtain classified information typically only provided to the Intelligence Committee, including some of the government’s most protected secrets.

Political agenda: During the 2022 campaign, Republicans promised to use their new power in Congress to scrutinise what they said was a concerted effort by the government to silence and punish conservatives at all levels, from protesters at school board meetings to former President Donald Trump.

The panel could become a venue for targeting federal workers accused of carrying out a partisan agenda.

It could also re-litigate revelations about Trump’s conduct, including the facts surrounding his effort to overturn the 2020 election or his removal of classified material from the White House, and failure to return it.

What committees are involved: The Oversight and Government Reform Committee, which is led by Representative James Comer, R-Ky, and potentially the new Judiciary subcommittee.

Substantive policy questions: The Oversight Committee says the purpose of its inquiry is to inform legislation to strengthen federal ethics laws and to ensure that financial institutions have the proper internal controls and compliance programs to alert federal agencies of potential money laundering activity.

Political agenda: Comer has pledged for months to investigate Biden’s family and its business connections. His staff has already obtained the contents of a laptop owned by Hunter Biden, the president’s son, whose business activities are under federal investigation.

Comer and Jordan held a news conference on Capitol Hill detailing their plans to take the inquiry’s focus beyond the younger Biden. “This is an investigation of Joe Biden,” Comer has said.

Origins of the COVID pandemic

What committees are involved: A special subcommittee of the Oversight Committee, and the Energy and Commerce Committee, led by Representative Cathy McMorris Rodgers, R-Wash.

Substantive policy questions: Lawmakers say they want to explore whether the US government should be funding so-called gain-of-function research, a narrow sliver of scientific inquiry that can involve tinkering with viruses in a way that could make them more dangerous.

Such research is at the heart of Republican assertions that the pandemic may have been caused by a laboratory leak — a suggestion disputed by scientists whose research shows the outbreak most likely originated at a live animal market in Wuhan, China.

Political agenda: Republicans including Comer and Jordan have asserted, without evidence, that Dr Anthony Fauci, Biden’s former medical adviser, covered up a lab leak that they allege may have caused the pandemic.

They have said repeatedly that they will investigate Fauci, who is a political target for Republicans seeking to woo Trump voters. Fauci has said that he has a “completely open mind” about whether the outbreak originated in a lab, but that the preponderance of evidence shows it was a natural occurrence.

What committee is involved: A new select committee focused on the strategic competition between the United States and the Chinese government, led by Representative Mike Gallagher, R-Wis.

Substantive policy questions: The committee’s purpose is to investigate the Chinese government’s “economic, technological and security progress, and its competition with the United States.”

It will examine many topics, including the economic dependence of the United States on Chinese supply chains, the nation’s security assistance to Taiwan and lobbying efforts by the Chinese government to influence local and state government, as well as academic institutions.

The panel will then make recommendations for how the United States can avoid being overtaken by China in those areas.

Political agenda: This committee received bipartisan support and is unlikely to become as politically charged as other Republican-led investigations. Still, some Democrats worried that an intense focus on China could lead to xenophobic rhetoric intensifying anti-Asian sentiment in the United States.

The withdrawal from Afghanistan

Substantive policy questions: Republicans on McCaul’s committee have already released an interim report titled “A Strategic Failure: Assessing the Administration’s Afghanistan Withdrawal,” and he plans to continue the investigation, now with subpoena power.

It is expected to focus on planning in the run-up to the evacuation, botched efforts to extract Afghan interpreters and contractors who aided the US government, and the consequences of the withdrawal.

Political agenda: Seen as among the House Republicans’ most serious investigations, the inquiry can also be used to undermine faith in the Biden administration’s competency.

What committees are involved: The Homeland Security Committee, led by Representative Mark Green, R-Tenn; the Judiciary Committee; and the Oversight Committee.

Substantive policy questions: Investigating the Biden administration’s approach to the border will be a large focus of Republicans’ efforts for the next two years, but it is yet to be determined what policy recommendations they will make. With Congress in a state of divided power, any immigration legislation is unlikely to pass.

Political agenda: The investigations are aimed at countering the record-breaking surges of migration at the southern border that have strained resources as the Biden administration scrambles to address what members of both parties call a crisis.

At the same time, Republicans have sought to use Biden’s border policies as a political weapon against him and Democrats, blaming them for crime and capitalising on fears among some in their hard-right base that immigrants of colour will dilute their voting power.

They have called for the impeachment of Homeland Security Secretary Alejandro Mayorkas. McCarthy has said that Jordan and Comer would lead an investigation into Mayorkas to “determine whether to begin an impeachment inquiry.”

What committees are involved: Unclear. Most likely the Oversight Committee or the Judiciary Committee and its new subcommittee.

Substantive policy questions: In a closed-door meeting in November, right-wing lawmakers including Representative Marjorie Taylor Greene of Georgia extracted a promise that their leaders would investigate former House Speaker Nancy Pelosi and the Justice Department for the treatment of defendants jailed in connection with the 6 January, 2021, attack on the Capitol.

Greene has released a report on conditions at the DC jail, and local officials have acknowledged there are long-standing issues at the facility.

Political agenda: The topic has been a focus for hard-right Republicans in Congress, who have tried to downplay or distort what happened during the deadly assault, saying that the real victims are the ordinary people who entered the Capitol and, they say, are being persecuted for their political beliefs.

Many of them want retribution for Democrats’ extensive investigation into the riot, which laid out in a series of public hearings and a voluminous report the extent of Trump’s plot to cling to power after he lost the 2020 election, with help from allies inside and outside Congress.

But some Republicans would prefer not to focus on the topic, which would inevitably involve rehashing what happened during the assault and their roles in Trump’s election subversion efforts.

“We’re focused on a lot of investigations,” Comer told reporters recently, adding, “That wasn’t one of them.”

Jordan has been vague about whether he would pursue that angle in his investigation. “We’re focused on how political our Justice Department has become,” he said.