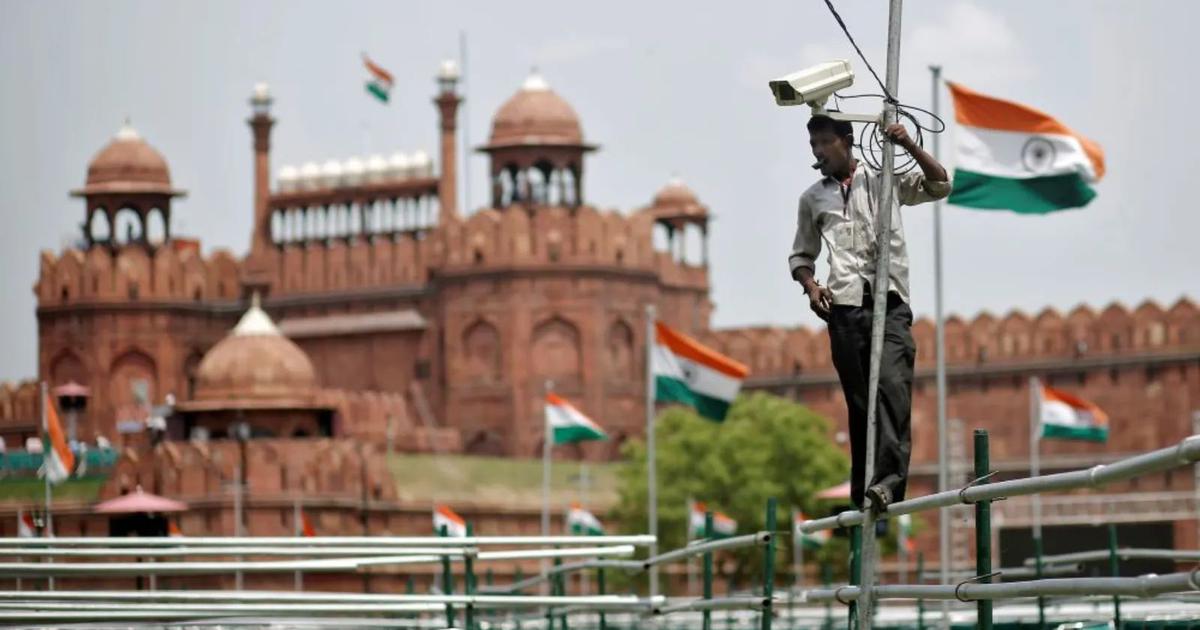 One evening in December on a desolate backstreet in Indore, robbers held up a motorcyclist, threatened him at knifepoint and made off with the takings he was carrying to his boss.

Solving such crimes is often tricky, but with the help of footage from private CCTV cameras in the area, police were able to track down the culprits and recover the stolen Rs 1 million within hours.

They used Citizen Eye, a feature on the mobile app CitizenCOP that allows city residents who have CCTV cameras watching over their homes or businesses to give police access to the footage to help solve crimes.

The app, developed by the CitizenCOP Foundation, is in use in Madhya Pradesh state where Indore is located, as well as the states of Chhattisgarh, Uttar Pradesh and Maharashtra, and several cities.

“CCTV camera footage is very important in solving crimes, but there are many areas where there are no public CCTVs, which means it takes much longer for police to investigate crimes and apprehend criminals,” Mishra said, hailing the app’s role in solving the street robbery.

“This incident was one of the biggest, quickest crackdowns, and it was possible because of this app,” he said.

Across India, authorities are deploying technologies such as CCTV cameras and facial recognition systems that they say are needed to bolster security in a severely under-policed country to prevent crime, and find missing children and stolen goods.

An app such as CitizenCop is more evidence of how police are expanding their surveillance reach by tapping into private security systems, said Anushka Jain, an associate counsel at Internet Freedom Foundation, a digital rights group in Delhi.

But she warned that there are few legal protections – either for the people sharing their security data or those targeted.

“There’s nothing stopping people from voluntarily giving their CCTV footage to the police. But there’s no law governing how the police collects data, who can access it and how it’s protected,” she told Context.

“So it could lead to excessive intrusion into the privacy of citizens, and make citizen detectives of people who are not aware of the legalities of recording and passing on data to the police for even the flimsiest of reasons,” she said.

Closed-circuit television cameras have become a common sight across the world, with more than one billion estimated to be installed by the end of 2021 for crime prevention, traffic monitoring and other purposes.

The Indian cities of Hyderabad, Delhi, Chennai and Indore have some of the world’s highest concentrations of CCTV cameras outside of China, according to tech website Comparitech.

While there is little correlation between CCTV cameras and crime rates, researchers have shown that such surveillance systems generally target people who are already disproportionately subjected to policing, including low-income workers and members of religious or ethnic minorities.

The CitizenCOP app, which also enables residents to report suspicious activities or individuals to the police, is another way that technology can perpetuate entrenched biases, said researcher Nikita Sonavane.

“The historical and social context in which this app operates is one of discrimination, casteism and oversurveillance of marginalised communities,” said Sonavane, co-founder of the Criminal Justice and Police Accountability Project.

“Who are the people who can be so-called citizen cops, and who are they targeting? It’s only a digitisation of entrenched biases being pitched as participatory democracy,” she said.

While the police may solve a few crimes using CCTV footage, there are more instances where it is used to restrict, harass and spy on poorer people, she added.

But Rakesh Jain, founder of the CitizenCOP Foundation and the app’s designer, said CitizenCOP, and a similar app called Bhopal Eye in use in the city of Bhopal, simply enabled public participation to help tackle limited government resources.

CitizenCOP, which has been downloaded more than 5 lakh times, has helped recover thousands of stolen mobile phones and vehicles, as well as solve crimes ranging from traffic violations to domestic violence, he added.

“No one has raised privacy concerns, but we are mindful of it – only those who are registered on the app with their details and location of CCTVs are approached by the police in case they need the CCTV feed for investigations,” he said.

Worldwide, the lines between public and private surveillance are becoming increasingly blurred, with gadgets such as doorbell and dashboard cameras, and security firms and police officers participating in neighbourhood group chats.

Indian government officials have recommended the CitizenCOP app to state police departments, even as India awaits a long-delayed data privacy law that will set conditions for the capture and use of data, and penalties for its misuse.

Yet the new data privacy law exempts government agencies from various provisions “in the interests of sovereignty and integrity” and to maintain public order.

Still, there is growing pushback over surveillance and data use, with residents in Hyderabad, and teachers in Delhi protesting over the use of facial recognition, and municipal workers resisting the introduction of GPS watches that monitor their location.

The mushrooming of CCTVs has more insidious effects, said Sonavane.

“CCTVs are not for the safety of all. They create more gentrified spaces, where those who can afford them view domestic workers, delivery riders and vendors with suspicion and record their movements and actions,” she said.

“And technology that involves public participation in policing only quickens the creation of a digital surveillance state,” she said.

This article first appeared on Context, powered by the Thomson Reuters Foundation.