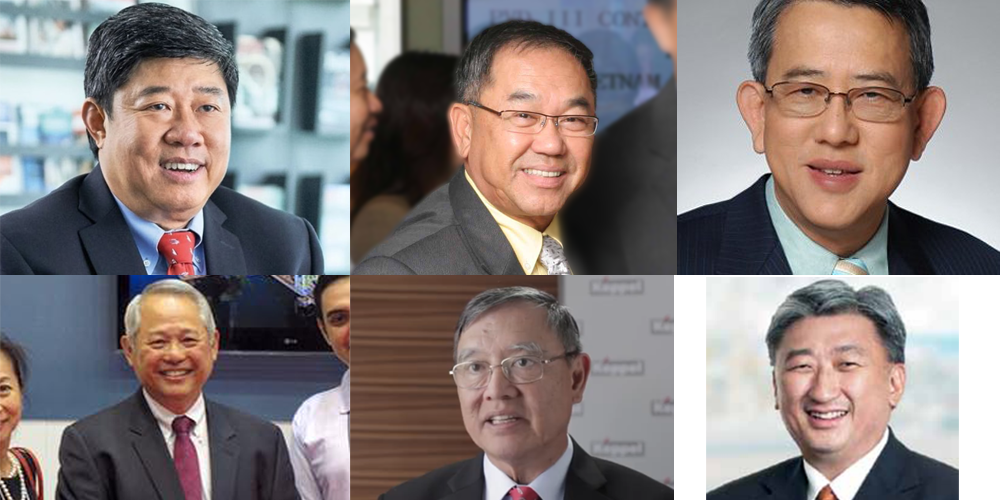 SINGAPORE — The Corrupt Practices Investigation Bureau (CPIB) and Attorney-General’s Chambers (AGC) have said that they will not name the six former senior management staff of Keppel Offshore & Marine Limited (KOM) who were issued stern warnings over offences punishable under the Prevention of Corruption Act (PCA).

CPIB made a press statement on Thursday (12 Jan) about the stern warnings issued to six former senior executives of KOM after close to five years of its investigations after consultation with AGC.

The offences relate to bribe payments to officials of Brazilian state-owned corporation Petróleo Brasileiro S.A. (Petrobras), pertaining to rigs-building contracts which Petrobras and/or its related companies had awarded to KOM.

Six former executives were determined to have been implicated in the scheme through investigations by the United States’ Department of Justice (DOJ), as documented in the plea agreement signed by KOM.

According to the admissions and court documents, beginning by at least 2001 and continuing until at least 2014, KOM conspired to violate US’ Foreign Corrupt Practices Act (FCPA) by paying approximately US$55 million in bribes to officials at the Brazilian state-owned oil company Petrobras, and to the then-governing political party in Brazil, in order to win 13 contracts with Petrobras and another Brazilian entity.

KOM and its related entities, including KOM USA, are said to have earned profits totalling approximately US$159.9 million from the P-61 project.

CPIB was reported to have arrested six former executives from KOM in Feb 2018 following the DoJ’s investigation. The six were subsequently let off on bail, and the matter was then referred to the AGC to decide if charges were to be filed.

Individuals investigated are not named

Back in 2018, Members of Parliament from the Workers’ Party (WP) filed Parliamentary Questions over KOM soon after CPIB, and AGC served a conditional warning to KOM on 23 December 2017 for corruption offences punishable under Section 5(b)(i) of the PCA.

Of the many questions, one was why the identities of the Singaporeans involved in the bribery case cannot be named.

Who might be the six who have been issued stern warnings?

While the Singapore Government has not named the six who were issued stern warnings over the offences, details contained within an attachment of the plea agreement between DoJ and KOM and reports on the court hearings in Brazil might help to shed some light on the issue.

The attachment listed details of six executives who were part of DoJ’s investigation.

KOM Executive 1, a citizen of Singapore whose identity is known to the United States and KOM USA, was a senior executive of KOM from 2002 to 2014.

KOM Executive 5, a legal permanent resident of the United States since 2015, whose identity is known to the United States and KOM USA, held executive positions at multiple KOM subsidiaries in Brazil in or about and between 2003 and 2017. He also held an executive position at KOM and at KOM USA in or about and between 2012 and 2017.

KOM Executive 6, a United States citizen whose identity is known to the United States and KOM USA, held various senior positions in the legal department of KOM in or about and between 1990 and 2017.

And although the six were also not named by DoJ, a report by Bloomberg in 2016 on the court proceedings at a Brazilian court over the bribery case shed light on the matter.

The Consultant who assisted KOM in bribing the Brazilian officials was identified as Zwi Skornicki.

Skornicki also reportedly told the court that five Keppel executives were involved. They are:

Portfolio of the six executives involved in the US DoJ investigations

Using the details in the plea agreement, it can be ascertained that the six unnamed executives are those who have been identified in the Bloomberg report.

Chow Yew Yuen was the CEO of KOM from 1 February 2014 to 20 March 2017. He was with the company for 36 years and first joined Keppel FELS in 1981 as a project engineer. Over the next decade, he worked in various departments and rose through the ranks to become the president of Keppel AmFELS and later the president of Keppel O&M USA.

He was also appointed Chairman of Keppel Integrated Engineering (KIE) previously on 3 August 2009 after serving on the KIE board since 1999.

After stepping down as CEO, he was appointed senior adviser to KOM and Keppel Infrastructure boards. Mr Tong was conferred Singapore’s Public Service Medal in August 1999.

Tay Kim Hock, was President & CEO of Keppel FELS Brasil S/A, President of FSTP Brasil Ltd, and President of the Administrative Council of BrasFELS SA from Jun 2000 to Oct 2007. Following that, Tay became Senior General Manager of KOM from Nov 2007 to Mar 2009.

He was Head Marine & Offshore Engineering of IMC Industrial Group from Jan 2010 to May 2012 and Director of Penguin International from 2012 to 2015. Straits Times had earlier reported that Tay was one of the six being arrested by CPIB in 2018.

Kwok Kai Choong was the CEO at Keppel Fels Brasil from 2007 to November 2017.

Upon his retirement on 1 January 2014, Choo was appointed Senior Advisor to the Board of Keppel Corporation.

In July 2014, Choo was appointed by the National University of Singapore (NUS) as Provost’s Chair and Professor (Practice) in the Department of Civil and Environmental Engineering, Faculty of Engineering and Department of Management and Organisation, NUS Business School.

Choo was appointed as Ambassador to the Federative Republic of Brazil in 2004.

As for the sixth executive, while not named by Skornicki, the news reported his name in the coverage of the case.

Jeffery Shiu Chow, a US citizen, was reported to have cut a deal to help prosecutors in their probe of Keppel and other former executives. Chow pleaded guilty on 29 Aug 2017 to conspiring to violate the FCPA as part of his deal to cooperate. He admitted to drafting contracts that were used to make bribe payments, according to court records.