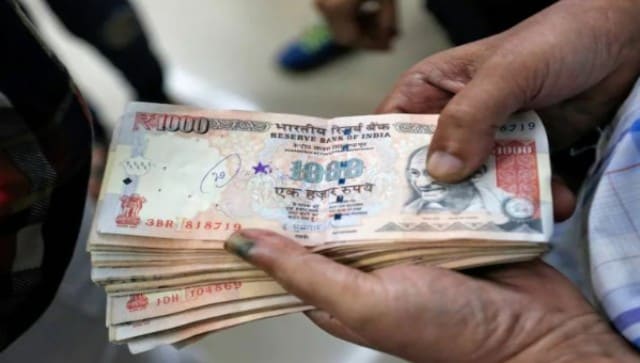 Beyond the SC verdict: How demonetisation has been a revolutionary and disruptive success story

The Varanasi division of the Indian Railway was electrified in January 2023. Back in 2014,less than 35 per cent of the railway line was electrified. Now that figure is nearly 85 per cent.Target is 100 per cent for 2024.One might wonder what do these aforesaid data points have in common with demonetisation? Well,thanks to demonetisation, Digital India and digitisation of India are pleasant realities today not only in urban and semi-urban pockets, but in India’s remotest villages and hamlets.

Thanks to demonetisation,the tax base has expanded significantly. And yet again,thanks to demonetisation,with rising tax revenues,the spending capacity of the Modi government, be it electrification of rail lines or building more than 10,000km of highways every single year,are now happening with rapidity,with no cost or time overruns, whatsoever. At the end of the day,better roads,cleaner trains,faster digital payments,help the average taxpayer the most. So has demonetisation been a success? Resoundingly yes, is the answer.

There are ignorant critics who say that digitisation was only a small off-shoot of demonetisation but the larger aim of eradicating black money was not achieved. That is a baseless lie,which is not borne out by hard numbers.

True, UPI existed since April 2016, but even till October 2016, UPI remained largely a non-starter. It was only after demonetisation in November 2016 that the pace of digitisation grew exponentially. There has been an explosion in digital transactions,with small businesses,hawkers, the nukkad paan-wala,sabzi-wala and the pani-puri wala,all happily transacting via PhonePe,Google pay,Razorpay,Paytm and the like, today. Could this “digital explosion” have happened without demonetisation? No. So to say demonetisation simply sowed the seeds of digitisation,is a misnomer. Demonetisation, by bringing in a massive attitudinal change, gave a himalayan push to the cause of digital India,in more ways than one.

The historic judgement of 2 January, 2023,was authored by Justice B.R. Gavai, who said that demonetisation had “a reasonable nexus with the objectives” like eradicating black marketing and terror funding that it sought to achieve. “The period prescribed of 52 days cannot be said to be unreasonable,” the bench said,with reference to the window of time given to citizens to submit their 500 and 1000 Rupee notes,that had been demonetised.The demonetisation notification also fulfilled the test of proportionality, the judgement said,in a thumping approval for Prime Minister Narendra Modi’s decision,which was not only bold,but had a massive impact in completely transforming India’s digital economy.

Only a leader as popular and powerful as PM Modi could have brought in this much needed transformative reform, without paying heed to political correctness.Modi launched a massive assault on the “shadow economy”, aka “black economy”, via demonetisation of old Rs 500 and Rs 1,000 notes, which was a one-of-its-kind move, for its sheer size, scale and timing, as 86 per cent of the currency which was high value in denomination was retired and declared illegal tender. From 53 per cent in 2004, to 28 per cent in 2009 and then 13 per cent in 2013 under a rudderless and incompetent Congress, the share of small denomination notes fell consistently, which was always a matter of grave concern.

Demonetisation undid this unhealthy trend, and between April 2017 and December 2017, low value denomination currency notes rose to 48 per cent of overall currency. According to Reserve Bank data,the currency in circulation (CIC) in value terms soared from Rs 17.74 lakh crore on 4 November, 2016, to Rs 32.42 lakh crore on 23 December, 2022.

So, while it is true that CIC rose by 83 per cent in the last six years,what is equally true is that the economy too has expanded significantly between 2016 and 2022,adding almost $1.2 trillion in this period. So to simply suggest CIC rose for no reason,is a lame duck argument. Also,had it not been for two Black Swan events between 2020 and 2022,namely,the Covid pandemic and the Russia Ukraine conflict,the CIC figure would perhaps have been much lower. It is an established fact that during a war or health emergency,people tend to accumulate cash.

As on 30 September 2020, over 2450 Benami properties worth more than Rs 13,400 crore were provisionally attached. Under the one time compliance window of three months that was immediately given post demonetisation, 644 declarants declared undisclosed assets of over Rs 4164 crore and paid 2476 crore as taxes and penalties. Also, as on 30 September 2020, 458 notices were issued, for an amount worth over Rs 14,150 crore,that was eventually recovered.Even without the note ban, the Modi government unearthed more than a whopping Rs 1.81 lakh crore by way of unaccounted wealth in the last few years, of which more than Rs 66,000 crore was money declared under the IDS (Income Disclosure Scheme), Rs 53,000 crore was the amount evaded via indirect taxes and Rs 62,000 crore was undisclosed income, including money laundered into some foreign banks.

Greater formalisation, one of the biggest benefits of demonetisation, is evident from the fact that the number of persons covered under the ESI insurance scheme rose from 2.14 crore persons in 2015-16, to 3.41 crore persons in 2019-20, a solid jump of 59%.

Demonetisation also reduced the risk and liability of handling liquid currency. It is always easier handling soft money, as against hard currency. As every rupee or note is a liability for the government of India, this liability was reduced considerably, thanks to note recall. Post demonetisation, there was a secular decline in interest rates for housing loans, car loans and personal loans, benefitting the salaried middle class, tremendously and in May 2020, the Repo rate was reduced to an all-time low of 4 per cent.

It was only in May 2022 that Repo rate was raised for the first time in two years and today it stands at 6.25 per cent. But interest rates,thanks to demonetisation, were in a secular downtrend for the longest time ever. For example,even as recently as 2020, the marginal cost of lending rate (MCLR), of SBI,was between 6.65 per cent and 7.3 per cent, while prime lending rate (PLR), in 2013-14, before the Modi government took charge, was much higher,at between 10.25 per cent-11.50 per cent.

The average fall in home loan rates under the Modi dispensation has been over 200 basis points, from a range of 10.65-11 per cent in 2013-14 to just about 8.35-8.7 per cent in 2017-18. A large chunk of that fall in interest rates happened, post demonetisation. So critics of demonetisation, need to do some fact checking before needlessly ranting against the Modi government. Even today, amidst mind-numbingly high interest rates and elevated inflation globally,SBI’s one year MCLR is just 8.4 per cent,far below the comparative benchmark under the erstwhile Congress regime.

Again, going back in time, between November 2016 and March 2017, deposits with the banks went up by over Rs 3.5 lakh crore, aiding overall margins of banks. Deposits in Pradhan Mantri Jan Dhan Yojana (PMJDY) accounts alone, rose to more than Rs 80,000 crore by April 2018. Besides Jan Dhan accounts, what critics conveniently forget is that Rs 80,000 crore of money was repaid in cash for loans taken earlier, within few months of demonetisation, of which Rs 10700 crore worth of cash came into bank accounts in the north-eastern states, and another Rs 16000 crore came into regional rural banks (RRBs). Today of course,there are about 48 crore Jan Dhan accounts with overall deposits in excess of Rs 1.6 lakh crore.

Rahul Gandhi, the Congress scion and many others have claimed that demonetisation was a failure because 99.3 per cent of the notes that were declared illegal tender came back into the banking system. So, what if the 99.3 per cent of the Rs 15.4 lakh crore that was demonetised, came back to the banks? Not all of that 99.3 per cent was white, or had been accounted for earlier. But post demonetisation, every penny in the banking system was accounted for, with a clear and undeniable digital footprint.

The biggest success of demonetisation, is the fact that anywhere between 2 lakh crore rupees and Rs 5.4 lakh crore of money that was earlier outside the ambit of the tax net and largely unaccounted for, came to be a part of the formal banking system.

In other words, gross domestic product (GDP) between roughly 1 per cent to 2.7 per cent that was outside the formal banking channels, very much became a part of the formal taxation process. Also, while short-term benefits of “Note Recall” were sweeping and significant, equally, the tectonic long-term impact in bringing the informal economy into the formal fold, cannot be underestimated and will be visible in a more pronounced manner, in the coming years.It is no coincidence that post “Note Recall”, low-cost Current Account and Savings Account deposits (CASA) with banks went up by almost 3-4 per cent,within a few months of demonetisation, thereby bringing down the overall cost of funds for banks and improving the cost to income ratio of many banks, particularly, those in the public sector.

This in turn manifested itself in lower lending rates on home loans and personal loans, as mentioned above. Also, property prices that were artificially kept elevated by nefarious builders, fell by 30 per cent- 40 per cent post demonetisation and rightfully so, given that 919 million square feet of unsold inventory existed in just the four metros of Delhi-NCR, Mumbai, Bangalore Hyderabad,way back in 2016-17.

The more underrated and yet significant positive aspect of demonetisation, however, was the perceptible shift from physical to financial savings, with assets touching a new high of Rs 20 lakh crore by July 2017, within barely 8 months of demonetisation.

By November 2018, the Assets Under Management (AUM) touched a commendable Rs 24 lakh crore for the Indian mutual fund industry. Before demonetisation, the overall inflow via SIPs stood at Rs 43900 crore in 2016-17, translating into average monthly inflows of Rs 3658 crore, whereas post demonetisation, SIPs saw inflows of Rs 67,000 crore in 2017-18, translating into an average monthly inflow of Rs 5583 crore.

Today the mutual fund industry has a size of over Rs 41 lakh crore with close to 14 crore mutual fund investors, of which 6 crores are SIP investors. It is nothing short of remarkable that the Indian public, which has historically believed in keeping idle cash either at home or in bank vaults or in fixed deposits (FDs), has now begun to invest in MFs via the SIP route, which is safe and gives far higher returns than bank FDs in the long term.

This culture of equity investment via MFs, owes a lot to demonetisation, which led to a massive transformation in mind-set. People realised it makes sense to invest in SIPs rather than hoarding cash and stuffing it in gunny bags and old trunks.

Also, the fact that more than 3.82 lakh shell companies had their bank accounts frozen, and their names struck off from the Registrar of Companies (RoC) list, including blacklisting of more than 3 lakh bogus directors, is a glowing testimony to the clampdown on black money and illicit funding that demonetisation dealt a body-blow to.

By far, demonetisation has been the most revolutionary and disruptive game-changer in India’s post-independent history—all thanks to the vision of one leader who chose to defy stereotypes. And, that leader is none other than Prime Minister Narendra Modi, with a formidably clean reputation.

“You will be shocked to know that many MPs asked me not to make PAN mandatory for gold purchase”—This forthright and hard-hitting quote by Prime Minister Modi, sums up the ethos of both his politics and economics. Modi is a leader who is politically astute but what separates him from his contemporaries is the fact that he realises, eventually, good politics is all about good economics. And yes, demonetisation sought to do exactly that, by bringing in the much-needed attitudinal shift in the psyche of Indians, so that they appreciate that no matter what, some things never change—Honesty is still the best policy.

The author is an economist, national spokesperson of the BJP and the author of ‘The Modi Gambit’. Views expressed are person.