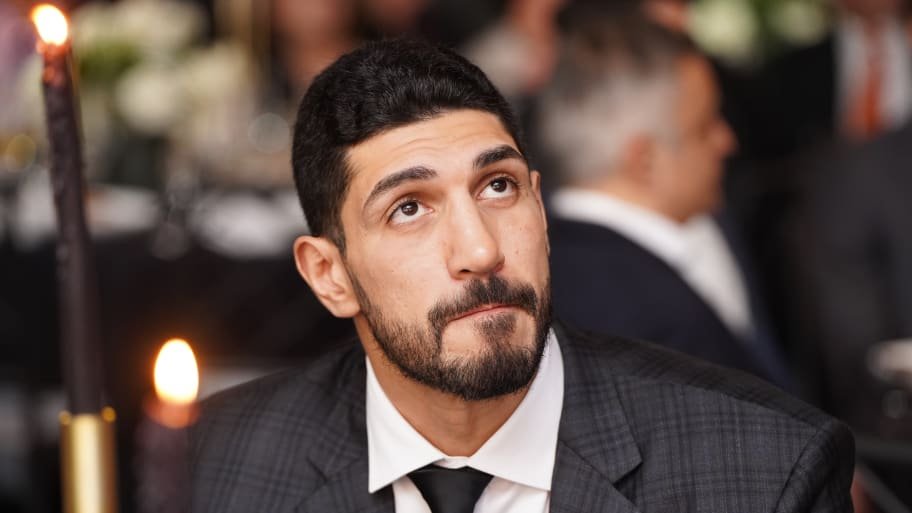 It appears that Enes Kanter Freedom is compelled to deal with the repercussions following his outspoken political dialogue. According to Orel Dizon, “the former NBA center is in grave danger as he recently revealed a few of the “hundreds” of death threats he has received in recent days“. The news came after another update by the NBA player. He said that the Turkish government was also allegedly offering $50,000 for his capture.

Freedom has also claimed that one person, in particular, has messaged him saying that he has hired a serial killer. Furthermore, NBA fans have surfaced with their own claims and theories, including one that said, “it’s probably the CIA“.

NBA world reacts to the news

NBA fans have shared their own wild theories and claims regarding Freedom’s alleged accusations. Some believe that the CIA may be the reason behind it. While a few have expressed concern, many others have made seemingly unkind remarks. Enes Freedom had previously said that the NBA chose to remain silent on the Chinese “dictatorship” because they were “profiting” from it.

Here are some of the reactions from NBA Twitter:

Enes going to have to play some defense for the first time in a decade.

Of coutse he does. He fights battles that everybody rather shuts a blind eye to.

damnit that was supposed to be my job

When you change your name to freedom & totally lose it. 😔

He continued to say that the NBA’s decision to not hold games on Election Day had an ulterior motive. He spoke to Fox News and said, “The NBA subliminally encourages players to vote for a certain party“.

According to the same media source, the NBA and China have a strong bond. Basketball is popularly viewed in China, as are the longstanding Nike manufacturing deals. Freedom said, “The NBA is never going to admit it, but I believe I am being blackballed“.

On his Instagram post, Freedom called out the person who claimed that he had hired a serial killer. Freedom wrote to encourage his followers to stand by him, and to “beat this terrorist mentality together”.

The threats, perhaps, are because of his commentary toward the Turkish government and other organizations. His public criticisms of the President of Turkey, Recep Tayyip Erdogan, are well known. Enes Freedom used to call him the “Hitler of our century“.

Freedom spoke to the media and reportedly said that the Turkish government “hates” that he is public about his views. He believes that they are “doing whatever they can” to “shut” him up.

What are your thoughts on the claims by Enes Freedom? Let us know in the comments below.