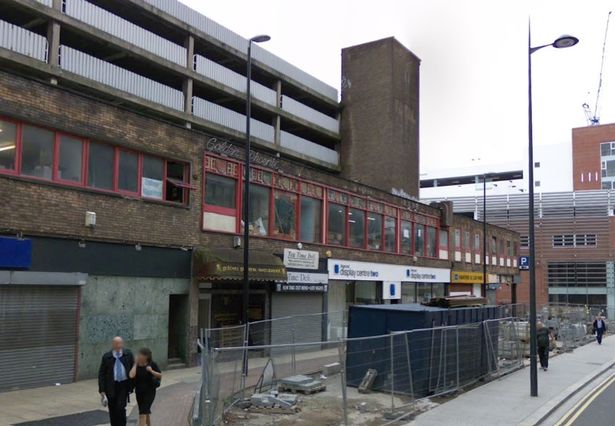 12 lost Chinese restaurants people in Liverpool miss the most

With the oldest Chinese community in Europe, Liverpool has a long tradition of celebrating Chinese New Year.

Chinese New Year 2023 will celebrate The Year of the Rabbit on Sunday, January 22, seeing the city once again showcase spectacular performances and a riot of colour spread through the city centre. The celebrations will include the traditional dragon, lion and unicorn parades, along with firecracker displays, family workshops and tai chi demonstrations.

But as we enter a new lunar year, many will find themselves reminiscing about the past and how much has changed in Liverpool over the years. Liverpool has always boasted successful and much-loved Chinese restaurants in the city that have been a huge part of our celebrations and memories growing up.

Today, Liverpool is home to many fantastic Chinese restaurants and takeaways today – but there are some from years gone by that people would love to see come back. Some have been closed for years and others were the first Chinese restaurant we ever visited, but here we take a look back at just a number of city-centre restaurants we’ve said goodbye to over the years.

This list isn’t intended to be comprehensive, we’ve included a number of popular Chinese restaurants lost through the years and asked for suggestions on our Liverpool memories and history Facebook group. But if there are a few you would like to see included, let us know in the comments section.

The Golden Phoenix was the first Chinese restaurant to arrive in the city, opening its doors during the 1960s. A popular choice for diners in the city, it was located close to where the Premier Inn now sits on Hanover Street.

The popular restaurant was later demolished by Liverpool ONE developer Grosvenor in 2009 to make way for new leisure and retail space. In 2012, it was announced that Liverpool’s “largest” restaurant, Tai Wu, was to open on what was the Golden Phoenix site.

Now home to Matou, one Liverpool waterfront site was previously home to the River Rooms, Berni Inn – and then The Shanghai Palace. In 2001, the ECHO reported how the famous Mersey riverfront restaurant was set for a £400,000 makeover, as Liverpool city council were considering plans to turn the old steak house at the Pier Head into a Chinese restaurant.

The plan was the brainchild of businessman Joe Farley whose company, J.O.E. Leisure, imported luxurious fixtures and fittings from China to transform the building. A popular choice for diners in Liverpool, it remained the Shanghai Palace Chinese restaurant, until that was bulldozed in 2007 as part of the multi-million pound redevelopment of the Pier Head.

Located at 27 Lord Street, Kong Nam was based close to where Boodles is in the city centre now. It was a basement restaurant, which many Scousers will remember for being ridiculously cheap, as you could pay around £1.99 for a three course special at the venue which looked like something out of a “James Bond set.”

On November 21, 1964, the ECHO reported how due to the Kong-Nam’s “overwhelming reception in Liverpool,” Mr. Wong was proud to announced that sister venue the Kong San restaurant was also open. Kong San was located at Covent Garden, Rumford Street.

In 2012, The Shangri-La was closed immediately after an Environmental Health visit and remained shut for two weeks and following a court case, there was a change in management. The business later changed its name to Mr Ho’s and launched a new website promoting its Vietnamese and Cantonese cuisine.

Purpose built as a garage with showrooms on a long-vacant plot in the 1920s, 27-31 Berry Street was also once home to The Far East restaurant. For years, it served Cantonese and Peking style food, and banquets costing £9 per person.

Many will remember The Red Pearl based on the corner of Church Street. The late restauranteur Jack Yue owned the restaurant, as well as the Square Cafe in Williamson Square.

But after years in the city, The Red Pearl disappeared. Mr Yue, who died in 1995, was the first member of Liverpool’s Chinese community to receive an MBE from Queen Elizabeth II.

Do these awaken any memories for you? Let us know in the comments section below.

The Golden Yuen was once located on Nelson Street, China town. But by 2003, the restaurant closed and remained derelict for years.

In 2010, the Liverpool ECHO reported how Cam Ly brought the Golden Yuen in 2003 planning to re-open it after a re-fit., but that the following year Liverpool City Council slapped a compulsory purchase order (CPO) on the property, meaning the refurbishment had to be halted and the restaurant mothballed. In 2012, a fire broke out at the site and today, the building is completely gone.

With traditional Chinese décor and aquarium, Tso’s served buffet-style Oriental cuisine in Liverpool city centre from 1994. The famous buffet once boasted more than 60 dishes and customers could also eat as much as they liked for a set price.

In 2019, the ECHO reported how the Queen Square staple had been shut by bailiffs. At the time, an official statement from High Courts Enforcement officers Andrew Wilson & Co was posted in the window of the restaurant announcing that the premises had been repossessed.

A family run restaurant from 1988, the Mandarin was a stunning venue with its stained glass and tropical fish. Located on Victoria Street, it was once one of the most modern and attractive Chinese restaurants in Liverpool and boasted huge portions.

Many will remember The Central Chinese restaurant on Nelson Road. The venue was a massive part of the area for decades, with archive ECHO reports mentioning the business all the way back to the 1950s.

Many will remember spotting the purple exterior on the busy street and popping in there with family over the years. By 2020, the building was painted bright blue with new signage called the Happy Brother Canteen.

Getting off the train and heading down Lime Street, there’s a chance you walked past and stopped inside The San San for a meal or two. Located next door to the lost Futurist cinema, the building was demolished as part of the Lime Street development, seeing new retail, leisure, hotel and student accommodation on the well known street.

In recent years, we’ve seen new buildings on the site and now the street looks unrecognisable to the days San San called it home. Now, a Neapolitan wood fired artisan pizza and bar is stood on the former San San site.

For years, birthdays, dates and after school treats were had at Buffet Star on Hanover Street. Customers would head underground to enjoy food at the ‘all you can eat’ Chinese and Thai restaurant.

The venue opened in 2005 in the city centre and later became City Buffet. Now, the venue is home to Liverpool’s newest ‘Instagrammable’ cocktail bar Tonight Josephine.

Receive newsletters with the latest news, sport and what’s on updates from the Liverpool ECHO by signing up here