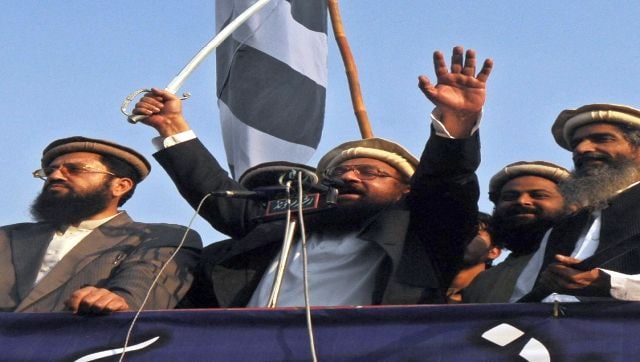 In what could be described as a success in India’s fight against terrorism, the United Nations Security Council (UNSC) on Monday night listed Abdul Rehman Makki, a Pakistan-based terrorist, as a global terrorist under its ISIL (Da’esh) and Al-Qaeda Sanctions Committee.

In a statement, the UNSC said, “On 16 January 2023, the Security Council Committee pursuant to resolutions 1267 (1999), 1989 (2011) and 2253 (2015) concerning ISIL (Da’esh), Al-Qaeda, and associated individuals, groups, undertakings and entities approved the addition of the entry specified below to its ISIL (Da’esh) and Al-Qaida Sanctions List of individuals and entities subject to the assets freeze, travel ban and arms embargo set out in paragraph 1 of Security Council resolution 2610 (2021) and adopted under Chapter VII of the Charter of the United Nations.”

Listing Makki as a global terrorist comes after India and the United States already listed him as a terrorist under their domestic laws.

Let’s take a closer look at who exactly is Abdul Rehman Makki and his resume of terror activities.

Who is Abdul Rehman Makki?

Abdul Rehman Makki believed to be born in 1954 is the brother-in-law of 26/11 Mumbai terror attacks mastermind Hafiz Saeed. Makki is reported to hold various leadership roles within the Lashkar-e-Taiba, the US-designated Foreign Terrorist Organization.

According to Indian security officials, Makki is the financier of the LeT and he is responsible for raising funds for the LeT’s operations. India also accuses Makki of being involved in radicalising and recruiting young men to attack India, particularly Jammu and Kashmir.

Before 2019 when Hafiz Saeed was arrested and jailed for 35 years in Pakistan, Makki was a shadow of the LeT leader and is believed to be very close to him. The Indian Express reports that Makki was a silent presence during all of Saeed’s hearing in court.

Known to be a fiery speaker, Makki earned the spotlight in February 2010 when he said at a rally that there would be “rivers of blood” in India for not handing over Kashmir to Pakistan.

Nine months later in the same year, his speeches inciting hate and violence earned him a spot on the US Treasury Department’s list of designated and sanctioned terrorists.

In 2020, a Pakistani anti-terrorism court convicted Makki on one count of terrorism financing and sentenced him to prison, according to the US State Department.

The UNSC’s decision to designate Makki as a global terrorist has been long and winding.

A source had then been quoted as saying, “This decision by China is extremely unfortunate given the overwhelming evidence against Makki. Moreover, it runs counter to China’s claims of combating terrorism.”

The source had further said, “China should reflect on its response that signals double standards on combating terrorism. Protecting well-known terrorists from sanctioning in this manner will only undermine its credibility and risk exposing even itself more to the growing threat of terrorism”.

However, this isn’t the first instance of China ‘shielding’ terrorists. Since March 2019, Beijing has blocked India’s five attempts of designating individuals as global terrorists. In October last year, Beijing had blocked a proposal by India and the US at the UN to list LeT’s Shahid Mahmood as a global terrorist.

Prior to that, India’s move to place LeT’s Sajid Mir, known to have played a key role in the 26/11 attacks, was also thwarted by China. Similarly in August, China blocked a proposal to blacklist the senior Jaish-e-Mohammed (JEM) deputy chief Abdul Rauf Azhar. And in March 2019, China had prevented a UNSC committee from blacklisting Pakistan-based Jaish-e-Mohammed (JeM) Masood Azhar.

China has made it a habit of shielding Pakistan-based terrorists and many believe it is Beijing’s way of destabilising India. Moreover, Pakistan is a close ally of China — it accounts for nearly 47 per cent of the latter’s arms exports and when it comes to trade is the second largest partner after the United States.

As The Quint writes, China supports Pakistan because it wants to secure its border with Afghanistan and it knows that Islamabad has considerable influence in the politics and security of Afghanistan and would like to make use of that leverage to meet its own ends.

Social Media News
Previous Post
China’s population falls for first time since 1961, highlights demographic crisis
Next Post
Study: Is TikTok going to be the next king of