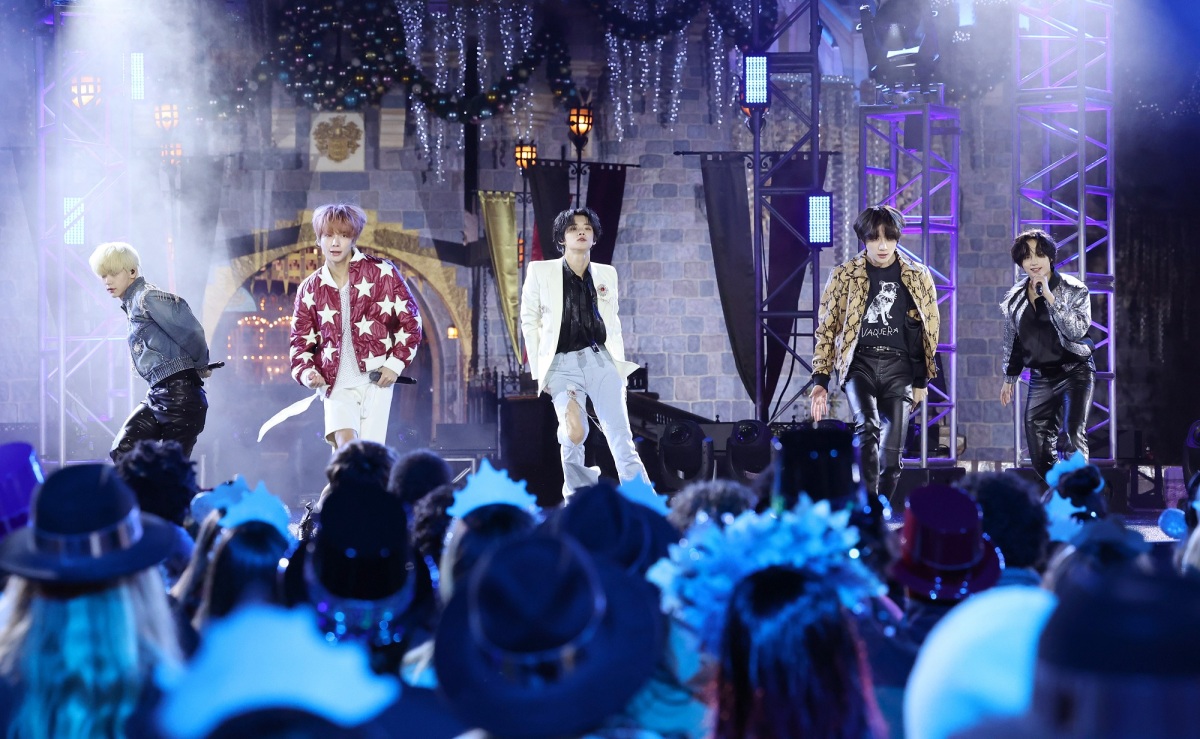 TXT will put on the ‘ACT: Sweet Mirage’ tour

On Jan. 16, Big Hit Music shared an image on social media announcing the tour. The image features a red background with smoke rising over a patch of grass and flowers.

According to a press release, “The new world tour expands greatly in scale in comparison with its 2022 predecessor, ‘ACT : LOVE SICK’ which took place across 13 cities with 19 shows. The tour’s official homepage notes ‘MORE TO COME’, hinting at the potential addition of further venues and dates.”

Dates for TXT’s ACT: Sweet Mirage tour can be seen below.

Venues for announced shows and future dates will be revealed at a later time.

The ACT: LOVE SICK tour began in July 2022 and lasted until October 2022. With the tour, TXT visited 13 cities around the world.

Over the past year, the members of TXT have made multiple high-profile appearances and performances. In July 2022, TXT became the first K-pop group to perform at Lollapalooza.

The K-pop group will release a new album

The ACT: Sweet Mirage tour will follow the release of TXT’s upcoming EP The Name Chapter: Temptation. The EP will be released on Jan. 27.

The Name Chapter: Temptation kicks off a new era for the band and will be the band’s third album series. The K-pop group has also released two standalone EPs called minisode 1: Blue Hour and minisode 2: Thursday’s Child.

According to a press release, the “upcoming conceptual album will organically continue a narrative of youth and growth, following the band’s previous releases from 2019’s The Dream Chapter: STAR to this year’s The Chaos Chapter: FIGHT OR ESCAPE and minisode 2: Thursday’s Child.”