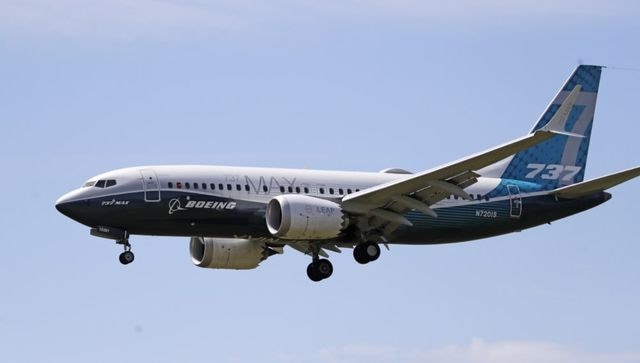 China’s first homegrown passenger jet could splinter the duopoly of Airbus and Boeing planes in the country’s domestic market and beyond, a report by a Berlin-based think tank has claimed.

What does the report say about the made-in-China commercial jets? When will the C919 planes become operational? We explain.

Merics said on Tuesday (17 January) that the market entry of the C919 narrowbody jet, produced by the state-owned Commercial Aviation Corp of China (COMAC), is a “symbol of China’s technological rise and a source of national pride”.

The report says that C919 can take advantage of the size of the aviation market in China, “strong industrial policy and a sector dominated by state-owned companies”.

“Production glitches or safety issues aside, COMAC’s domestic market share looks set to climb steadily in a huge and increasingly protected home market, with the company at some point reaching the scale to brave the step into foreign markets and global competition,” the think tank said in its report, as per SCMP.

Though it is billed as a domestically-manufactured jet, the engine, avionics, control systems, communications and landing gear of C919 are imported from US and European manufacturers.

COMAC is making efforts to replace some of these foreign parts, including the engine.

Boeing’s business in Beijing has been embroiled in the increased tensions between US and China. After grounding Boeing 737 MAX in 2019 following two deadly crashes in Indonesia and Ethiopia, China allowed the aircraft to return to service only last week.

Meanwhile, C919 has left Boeing’s 737 family behind in bagging new orders. According to Merics, while COMAC had received 305 orders – mostly from state-owned airlines and financial institutions in China – by late 2022, while US’ Boeing had only secured 116 for its 737 series.

“Airbus led the pack with 565 orders of its A320 in China, suggesting the duopoly is becoming a triopoly to the detriment of Boeing,” the report said, as per SCMP.

“Even if the C919 is less efficient or technologically advanced than the competition, the political aims of China’s state-owned airlines will likely outweigh such operational deficiencies. In an already highly politicised industry, this will further complicate doing business for Boeing and Airbus,” Merics noted in its report.

The think tank also said that the induction of C919 planes into China’s airlines would be “gradual” as they are already accustomed to flying Western commercial planes.

“If the C919 performs as promised in China over the next few years, the next area of competition will be in third markets outside of China, Europe and the US,” Merics added.

“Only if the C919 can gain this international foothold will it really become a success. The risks are high, but given China’s industrial-policy successes in other areas, Airbus and Boeing better buckle up,” the think tank said, as per SCMP.

Eric Chen, the then-president of Airbus Commercial Aircraft China, had told Associated Press in 2017, “We believe C919 will bring new competition to the market”.

“And we welcome competition, which is good for the development of the industry,” he had said.

The C919 planes have 164 seats and are being touted as a competitor to Airbus (AIR.PA) A320neo and Boeing (BA.N) 737 MAX single-aisle jet families.

Currently, these planes are undergoing a 100-hour verification flight to ascertain the aircraft’s operation safety. China Eastern Airlines had launched the first test flight last December. Similar flights will take place till mid-February clocking 100 hours, and if successful, it would pave the way for the commercial debut of the C919 in 2023 spring, China Daily reported. 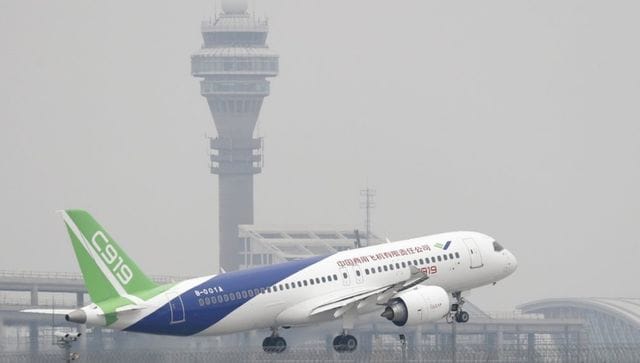 “We are closer to the milestone moment of the C919’s first commercial flight,” Qi Qi, an associate professor at Guangzhou Civil Aviation College, told China Daily.

“The first orders are from China Eastern Airlines (600115.SS), and at present a number of carriers are vying for our orders,” Zhang said, according to Reuters.

Why C919 is significant for China

C919 can help in reducing China’s reliance on European aircraft manufacturer Airbus and US’ Boeing.

If successful, the C919 will fulfill China’s ambitions to operate its indigenous commercial flights to meet the country’s growing demand in the aviation sector, as per SCMP.

The Asian giant aims for C919 to obtain 10 per cent domestic market share by 2025, the Hong Kong-based newspaper reported.

As per SCMP, the development of C919 was “an integral element of the ‘Made in China’ 2025 plan”. Released in 2015, Made in China 2025 is a 10-year road map to increase Beijing’s manufacturing power by propelling its high-tech industries to global levels.