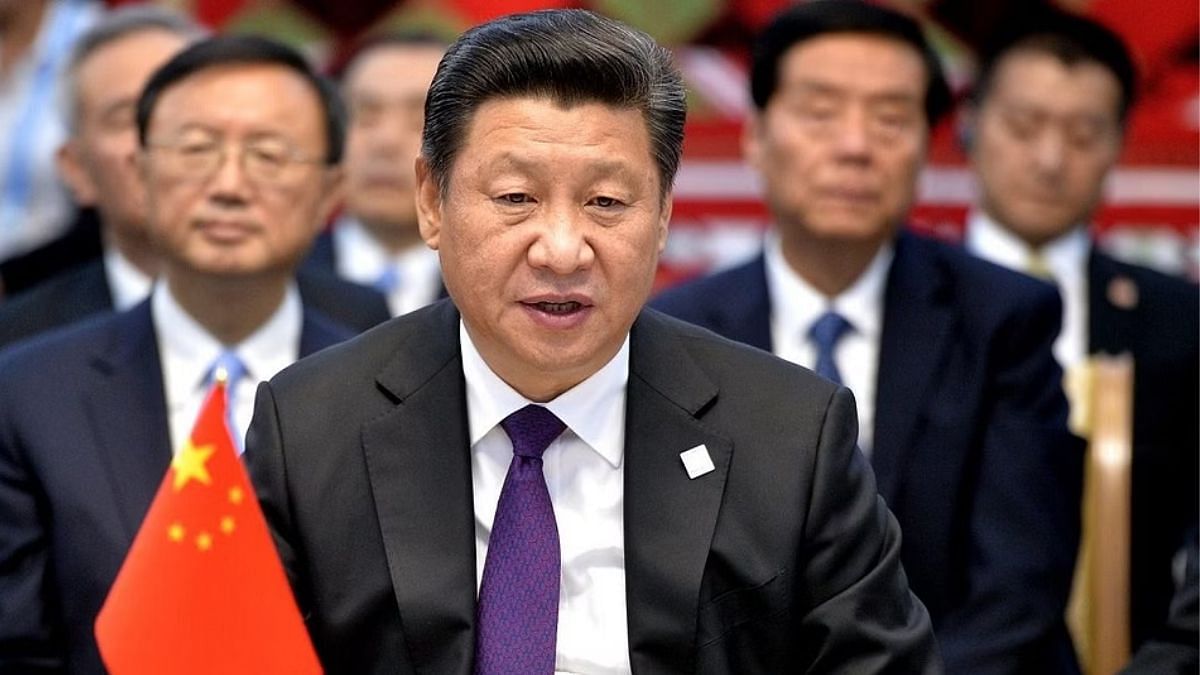 Chinese President Xi Jinping inspects border combat readiness of frontier troops. PLA Daily once again throws spotlight on the Red Army Division of the People’s Liberation Army. Chinese communities around the world welcome Year of the Rabbit. Han Zheng may replace Wang Qishan as the next vice-president of China. The US Secretary of State, Antony Blinken, will likely visit China in February. Chinascope looks at a relatively calm week of news from Beijing– and the world.

China over the week

“Good luck in the Year of the Rabbit,” said Xi while on a video conference call with PLA troops from four locations.

On 20 January, Xi marked the Lunar New Year with an inspection of ‘frontline troops’ Unlike the past years, Xi didn’t leave Beijing this time, and met troops via video call. But there was an India angle to the video greetings broadcast by CCTV’s daily news arm, Xinwen Lianbo.

“The border guard post of the Khunjerab Border Defense Company of the Xinjiang Military Region guards the west gate of the motherland,” said a readout of the video telecast by Xinhua News Agency.

Xi had a message for PLA troops stationed in the Xinjiang Military District.

“Xi Jinping asked about the company’s border patrol management and control, praised them as old models of defending the country and defending the border, and encouraged everyone to make persistent efforts and make new contributions,” reported the Xinhua New Agency.

The new year greetings to the PLA troops were prominently reported by major Chinese Communist Party (CCP) newspapers, including the front page of People’s Daily.

Alongside border troops, Xi inspected the PLA Airforce Aviation brigade, the 173rd formation of the PLA Navy and the Falcon Commando of the Armed Police Force.

Ahead of the Chinese New Year, PLA media has extensively covered border troops in the Xinjiang region – with one finger always pointing to India.

“From the initial construction of ‘a border guard company built in a stone crack’ to the bridgehead of the western section of the New Asia-Europe Continental Bridge in China, which has attracted worldwide attention. No matter how the environment has changed, the border guards have always stood up to the winds of the plateau,” said a poetic description of soldiers on the border outposts.

But there was something else that was missing this year.

Though the troop inspection by Xi may not appear to be related to the recent border hostilities in Ladakh, PLA has published an article to emphasise the presence of border troops along the Line of Actual Control (LAC).

The article, A Red Army Division in the Xinjiang Military Region: Listen to the Party’s Command, Continue the Blood and Forge Ahead, was published on the 5th page of PLA Daily on 16 January. The Red Army Division is a special division of the PLA, which has served across Ladakh since the days of the 1962 war.

The article emphasised the need to promote and implement the ‘spirit of the 20th Party Congress’ of the CCP. Similar articles have emerged, highlighting the prominence of frontline border defence since the Party Congress concluded in October last year.

The same article adds that new troops are being trained and deployed to the Xinjiang Military District, including areas across from Ladakh.

“In the winter season, the division had another batch of new soldiers in the training base after completing training down the company. A regiment of five battalions. A company instructor Ding Weichang specially led the new soldiers to the company’s honour room,” said an article published by PLA Daily on 16 January.

It quotes multiple PLA officers on their experience of serving in the Red Army Division, expressing their preparedness to follow the CCP and prepare for future wars.

“On the new journey, we must stick to the front line of border defense, develop excellent skills, fight, prepare for war, and build at the same time, and strive to achieve the goal of a century-old army,” said Li Lei, director of a regiment’s political work department.

Xi’s message to troops stationed at the Khunjerab Gate post and the PLA Daily article may surprise some. But the narrative about defending the Karakoram area from neighbouring India is littered all over Chinese State media and PLA’s WeChat accounts.

The 2023 Lunar New Year celebrations will be strikingly different this time around. Millions of Chinese will be able to travel to their hometowns for the first time in two years. Beijing recently scrapped its Covid-19 restrictions, which had drastically reduced New Year travel in the country.

The high-speed trains heading out of major population centres such as Beijing and Shanghai have been packed.

“The total number of passenger trips for the year’s travel rush, or ‘Chunyun’ is expected to reach 2.1 billion, almost twice as much as last year or 70.3 per cent of the 2019 reading, according to the Ministry of Transport,” reported Xinhua News Agency.

Meanwhile, a Chinese government epidemiologist has claimed that 80 per cent of the country’s population has been infected with Covid while playing down the possibility of a new wave during the Lunar New Year holiday.

The Chinese political process may appear like a black box, but foolhardy China watchers attempt to read every move with a hawk’s eyes to get a sense of what’s coming next.

A list of delegates was recently proposed for the 14th National People’s Congress, which will initiate in March. Xi has been ‘unanimously elected’ as a deputy to the Congress from Jiangsu.

But the selection of another Chinese politician has started speculation about who will replace Wang Qishan as China’s next vice-president. Han Zheng, who has stepped down from the 19th Standing Committee of the Politburo, has been selected as a representative to the 14th National People’s Congress from Shandong. Han’s selection has started the speculation that he may be tipped to replace the current vice-president, who plays a significant role in the Politburo and even gets to attend some meetings of the Standing Committee.

We don’t know if Zheng will be given the same status as Qishan in Xi’s relatively empowered third term.

Beijing and Washington expressed interest in normalising their bilateral relationship when US President Joe Biden and Xi met in Bali last year. Now, the two sides are looking to reengage in dialogue to find areas of cooperation where fissures of disagreement aren’t too vast.

According to the State Department, Antony Blinken will likely visit China on 6 February.

“I will have an opportunity to travel to China in the coming weeks to follow up on the President’s discussions precisely to move forward on those lines of communication between us,” said Blinken during a press conference in Washington.

Given the current geopolitical climate, one could have expected Beijing to miss the World Economic Forum’s annual meeting in Davos, Switzerland. But this really wasn’t the case.

Chinese Vice-Premier Liu He was, in fact, present in Davos to send a message to the high-powered billionaire crowd that Beijing was here to stay. Liu tried to signal that China was ‘back and open’ for business after lifting its stringent Covid controls. But the Davos narrative is increasingly disconnected from the reality of intense geopolitics and shifting supply chains. Hence, Liu’s message didn’t make the top headlines.

Must read this week

The author is a columnist and a freelance journalist. He was previously a China media journalist at the BBC World Service. He is currently a MOFA Taiwan Fellow based in Taipei and tweets @aadilbrar. Views are personal.