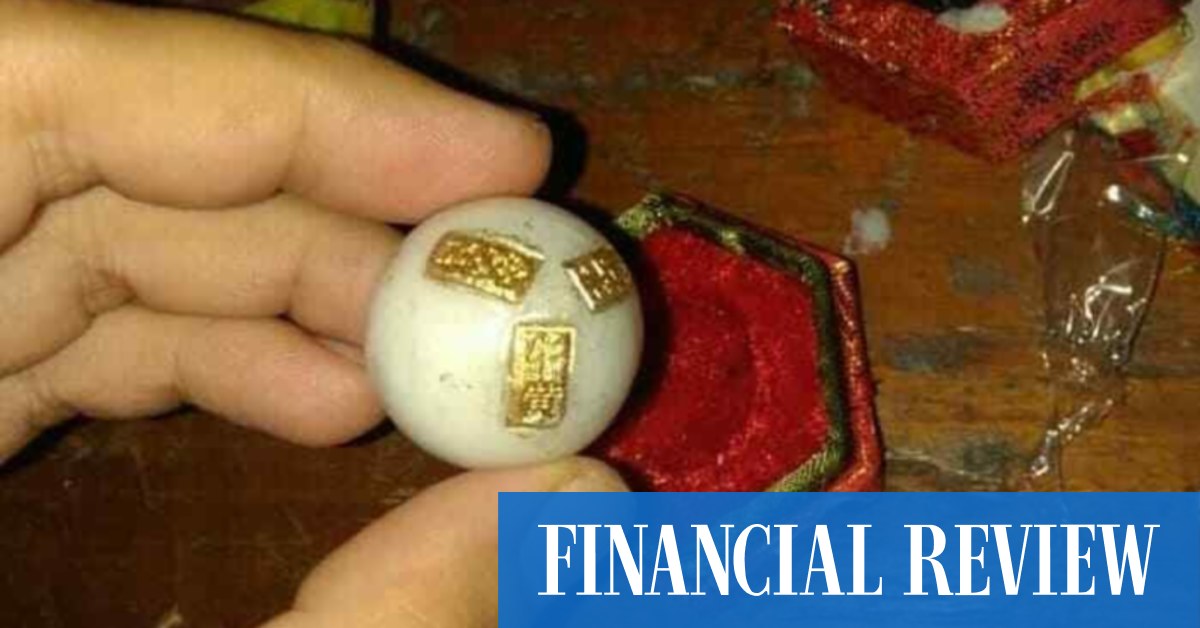 What makes China’s rush to alternative treatment different is that it’s accompanied by a backlash against the government.

News stories and social media posts on COVID-19 advice from Chinese health officials are being regularly lambasted with comments questioning their credibility. That’s after many went from warning about the dangers of COVID-19 to downplaying its seriousness within mere weeks, as policy completely shifted away from the stringent COVID zero approach.

The pushback has become so strong that the slogan “we advise experts to stop giving advice” was one of the top trending topics on Chinese social media platform Weibo earlier this month.

The result is that some Chinese are increasingly relying on influencers and other people online who lack medical expertise for advice on how to treat or not contract the virus.

A Weibo search for “preventing COVID-19” points people to nasal irrigation and “angong niuhuang” pills – traditional Chinese medicine typically used for strokes that are made of cattle gallstones and buffalo horns, and contains arsenic and mercury.

The lack of accurate, accessible health information has already led to at least one tragedy. China has seen widespread shortages of fever medications like ibuprofen since its reopening wave took hold. Unable to find such drugs, one family of four in Inner Mongolia, a region in China’s north, ingested veterinary medicine to treat COVID-19 in mid-December. Their two children ended up with major liver damage.

“If the credibility of public experts were to be repeatedly undermined in future high-profile incidents, then I think it’d be difficult to regain confidence,” he said.

China has used its almost total control of domestic media and the internet within its “great firewall” to validate the nation’s abrupt shift from quashing all COVID-19 cases to letting the virus loose.

Officials have refuted claims the about-turn was triggered by damage to the economy and protests against COVID zero, saying it was all part of the wider plan. Censors have vowed to curb online speculation about COVID-19 over the Lunar New Year holiday, an apparent effort to prevent further anger and confusion over Beijing’s reversal on its pandemic policy.

Yet the shift in rhetoric was so pronounced in some cases, it couldn’t go unnoticed. One top medical official Zhong Nanshan went from claiming the more contagious omicron variant validated China’s zero-tolerance approach to COVID-19, to saying the strain caused little more than a “cold”.

The rise of misinformation comes as China’s reopening outbreak continues to swell, with the country saying it recorded more than 12,600 virus-related deaths the week before the Lunar New Year holiday when many travel home to their home villages and towns. The unleashing of COVID-19 has seen millions infected in China for the first time.

One of those people was Lisa, a resident of Shanghai in her sixties. Anxious about catching COVID-19, she spent the equivalent of thousands of dollars on enzyme drinks and eye drops touted by Yi Heng, a celebrity yoga guru who has more than a million followers on Douyin, China’s version of TikTok.

The fact that the enzymes had no visible manufacturing date, certification or label of production origin didn’t faze Lisa, who declined to give her last name. Though she eventually became infected with COVID-19, Lisa believes the enzymes – coupled with Yi’s advanced breathing exercises – helped her recovery.

Yi didn’t respond to a request for comment from Bloomberg News.

Chinese social media companies have taken some steps to curb the spread of COVID-19 misinformation, though their efforts remain limited compared to platforms popular abroad.

Last year, Weibo removed more than 82,274 pieces of content that it labelled as misinformation, though it didn’t specify how many were COVID-19-related.

That’s lower than other international social media networks: TikTok removed more than 250,000 items for COVID-19 misinformation, while Twitter culled 97,674 such posts in the first nine months of 2022.

Common myths Liu’s tackled in chat rooms with some 4000 members include that plant-based diets lower the risk of getting COVID-19, and the effectiveness of so-called “virus shut out” lanyards, which can contain pesticides that cause breathing issues. The lanyards have notched tens of thousands of sales on Chinese e-commerce platform Pinduoduo.

For Liu, the mission has become personal: Some of her family members have put their trust in fake COVID-19 cures.

“I can’t stop them from believing what they want,” she said. “People are more susceptible now because everyone’s really anxious about COVID-19. Everything is scary, everything is unknown.”