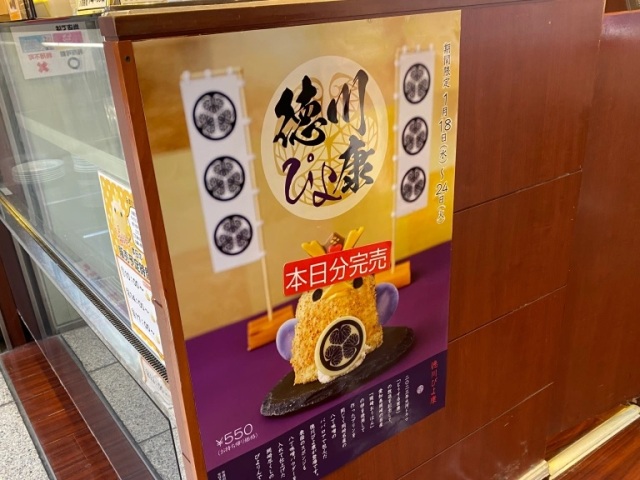 Yeah, Tokugawa Ieyasu was a great shogun and all, but we’re here to see (and eat) Tokugawa Piyoyasu.

At approximately 11 a.m. on a Thursday morning, our Japanese-language reporter Ikuna Kamzezawa got off the Shinkansen at Nagoya Station. Why Nagoya? Because she was on her way to meet a samurai who’s captivated the imagination of Japan: Tokugawa Piyoyasu.

Right now, those of you who are Japanese history buffs are probably scratching your heads. Yes, modern-day Nagoya does more or less correspond to the seat of power held by the most famous lord of the Tokugawa clan. However, his name was Tokugawa Ieyasu, and he’s been dead for over 400 years. So who’s this Piyoyasu? He’s s chick…and also a dessert.

OK, maybe we should back up a bit. Right now, Japanese public broadcaster NHK is airing a historical TV drama about Tokugawa Ieyasu titled Dou Suru Ieyasu?, starring former idol singer and member of Arashi Jun Matsumoto as a young Ieyasu. So these days Nagoya’s pride in their home town hero is especially high. 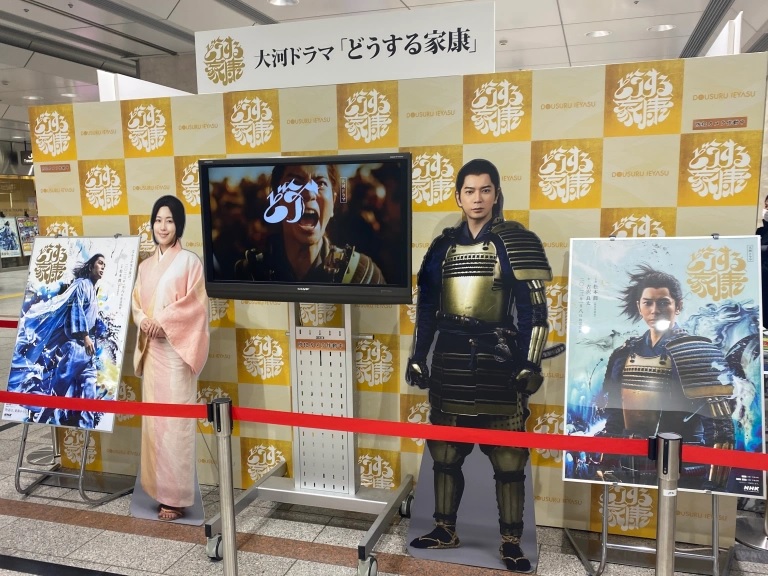 Aichi is famous for a locally raised breed of chicken called kochin. Kochin are prized for the flavor of not just their meat, but their eggs too, which led to the creation of Piyorin, one of the most popular desserts in Nagoya. 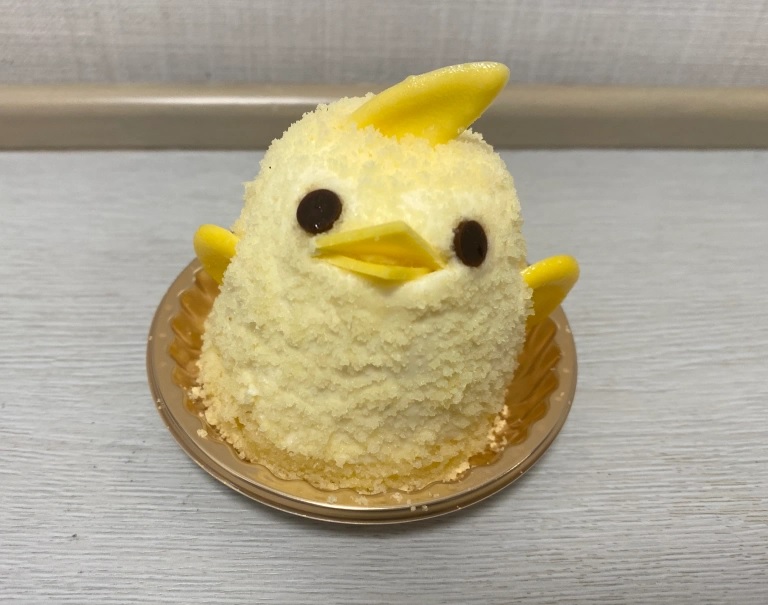 Piyorin’s name is a combination of piyo piyo (the sound of chicks chirping in Japanese) and purin, Japan’s delicious custard pudding. Piyorin starts with purin made with kochin eggs, which is then wrapped in vanilla-flavored Bavarian cream and coated with powdery sponge cake. Adorable to look at, sweet on the palate, and with a punny name, it covers three things Japanese sweets fans love. It’s become one of Nagoya’s representative desserts, and with Dou Suru Ieyasu? causing a spike in Ieyasu interest, Piyorin’s makers have created a special samurai-themed version, Tokugawa Piyoyasu, which in addition to kochin eggs makes use of another special ingredient Nagoya is especially fond of.

Because of its soft, jiggly consistency, Piyorin are especially hard to transport, so aside from the rare pop-up shop elsewhere, you have to go to Nagoya to get them. The Piyorin shop in Nagoya Station opens at 10, and by rolling up at 11 Ikuna figured she’d beat the crowds of lunchtime shoppers, pick up some Tokugawa Piyoyasu, and be enjoying them before sundown. 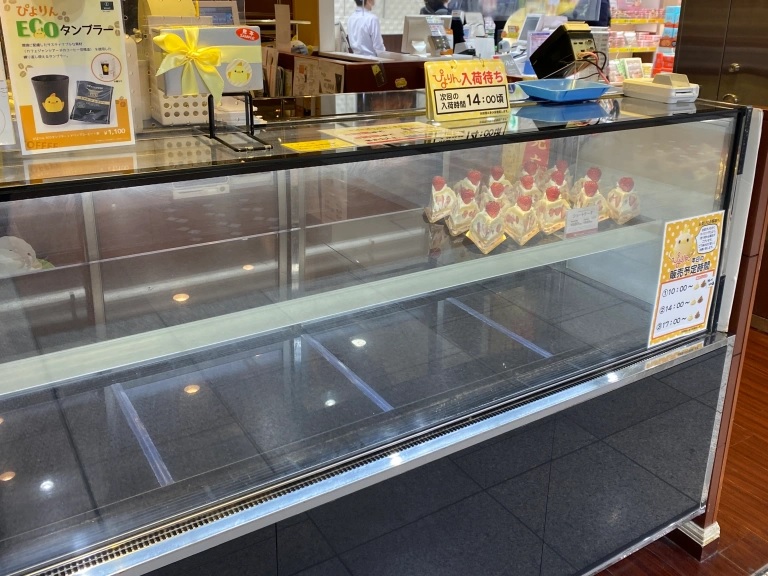 …every single Tokugawa Piyoyasu was already sold by noon, and even the supply of regular Piyorin was looking pretty low. While the shop replenishes its stock of Piyorin throughout the day, there’s only one batch of Tokugawa Piyoyasu made daily, so Ikuna had missed her chance.

Unless, of course, she stayed the night in Nagoya and got to the store extra early the next morning, which is what she did. 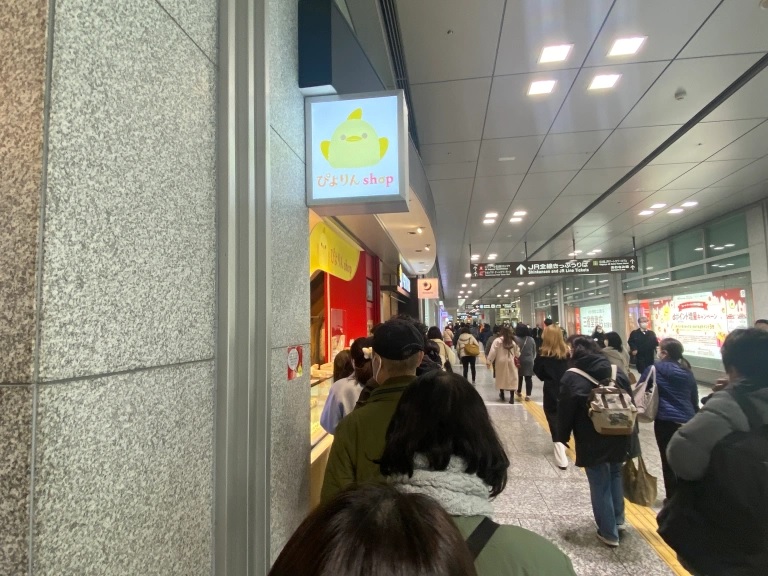 Even getting to the Piyorin shop at 9:15, 45 minutes before it opened, didn’t make Ikuna first in line, though. In fact, about 20 people were already waiting when she arrived. 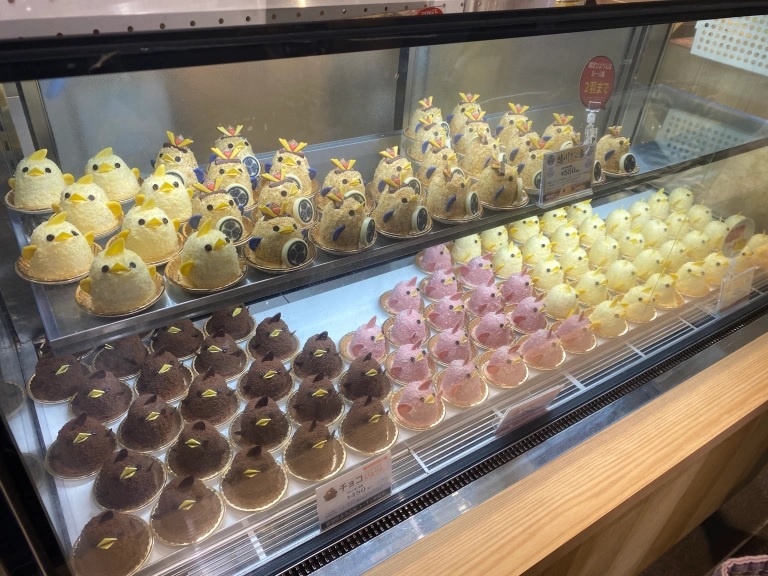 Luckily, though, being 21st-ish in line was still good enough. Because of their popularity, sales of Tokugawa Piyoyasu are limited to two per customer, and there were still some left when Ikuna got up to the register. Not a lot, though – Ikuna estimates they were all gone by about the 30th customer, who’d arrived about 30 minutes before the store opened. 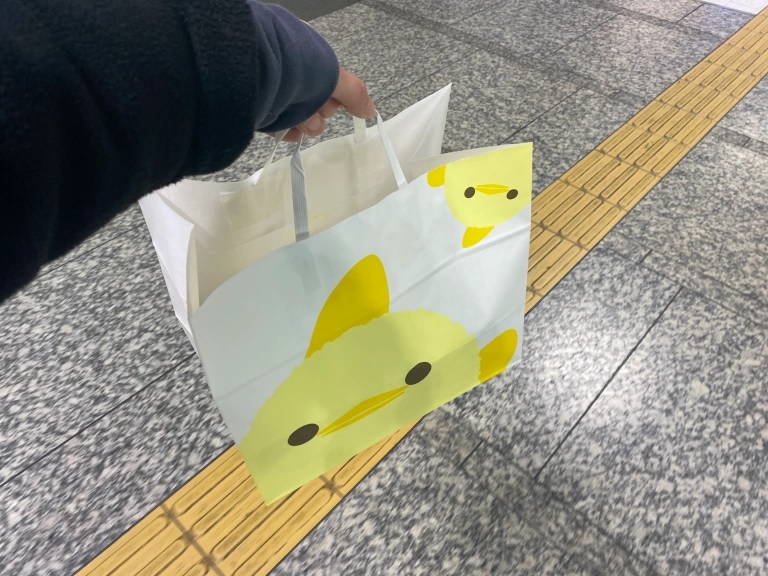 As with most specialty sweets in Japan, your Piyorin is placed in a cute and stylish bag, but in this case the benefits go beyond aesthetic. Like we mentioned above, Piyorin is really jiggly, and too much jostling during transportation can cause the poor little chick to collapse on itself. Fans refer to getting your Piyorin home while maintaining its original shape as the “Piyorin Challenge,” and so Ikuna was happy to have a bag that visually announced to people around her “Caution! Piyorin transport in progress here!” 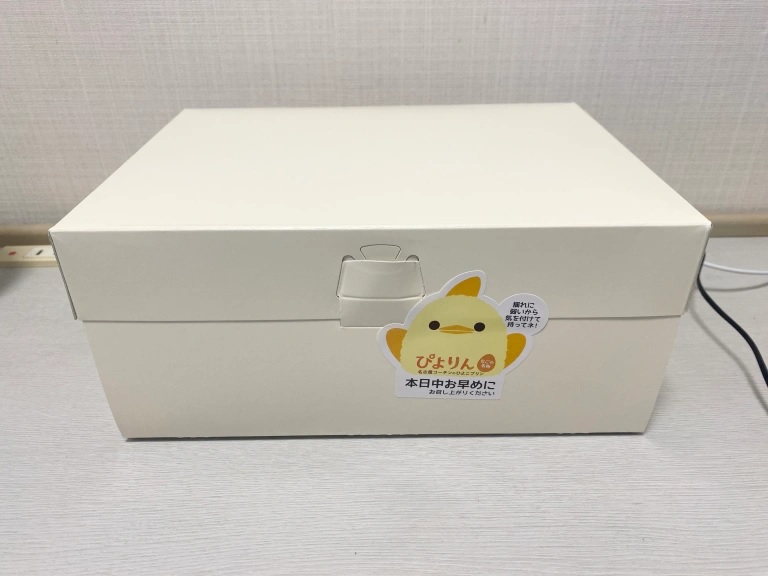 Once back at the SoraNews24 taste-testing facilities, Ikuna opened up her box, and was relieved to see that she’d completed the challenge successfully! 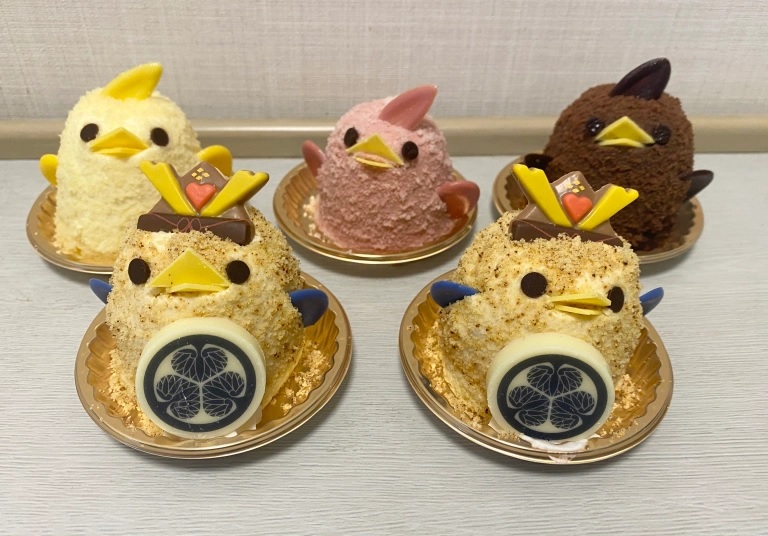 Looking up happily at her were two Tokugawa Piyoyasu, backed by a trio of non-samurai Piyorin. The Tokugawa Piyoyasu sported chocolate samurai helmets and the crest of the Tokugawa clan on their bellies, and Ikuna couldn’t resist giving the dish they sat in a little gentle tap to watch them quiver. 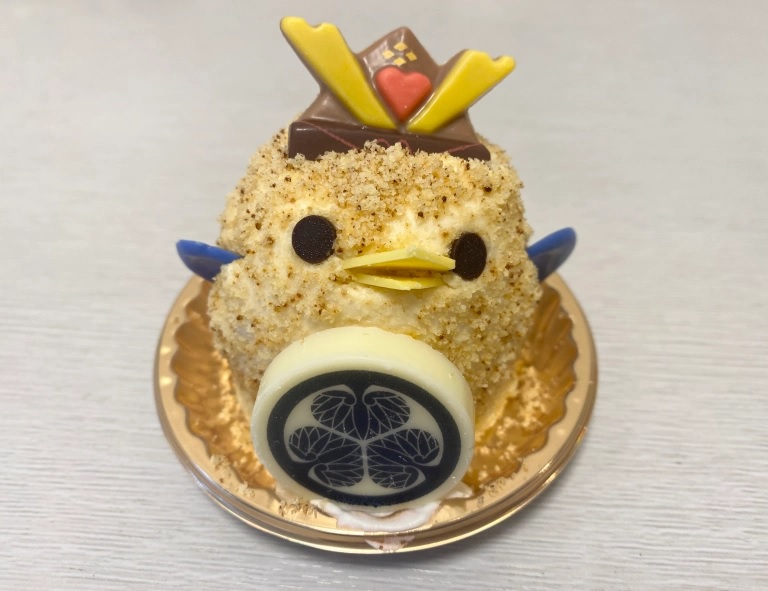 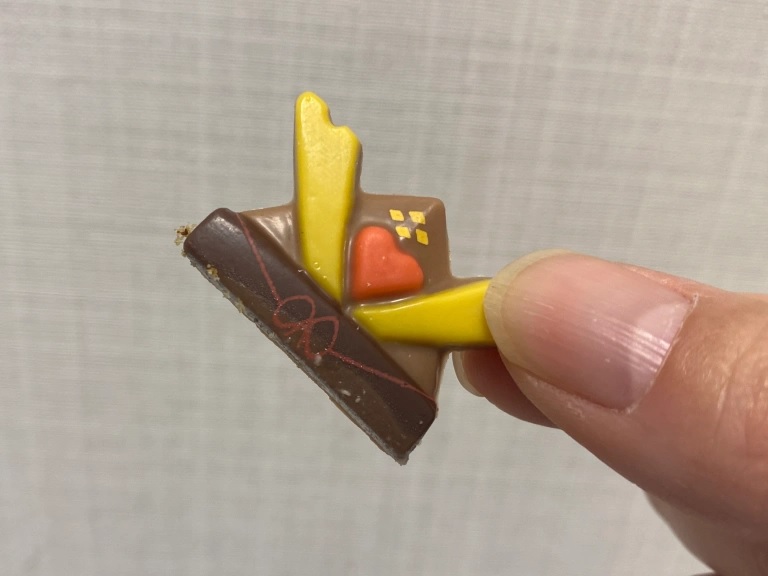 Then it was time to dig in, and Ikuna found out why the Tokugawa Piyoyasu has sort of a sandy, speckled look to it: the sponge cake is lightly dusted with miso powder! Specifically, it’s hatcho miso, a dark-colored premium miso made in Aichi that’s also showing up in McDonald’s hamburgers in Japan right now.

Compared to the straightforwardly sweet and creamy Piyorin, the miso gives Tokugawa Piyoyasu a bit of mature bitterness and sophisticated complexity. Miso might seem like a bold choice for a dessert flavoring, but between this and the miso ice cream we tried, hatcho miso is now two-for-two in our taste tests, and at 550 yen (US$4.25) the Tokugawa Piyoyasu gets full marks in flavor, uniqueness, and cuteness.

▼ And the standard Piyorin is also delicious. 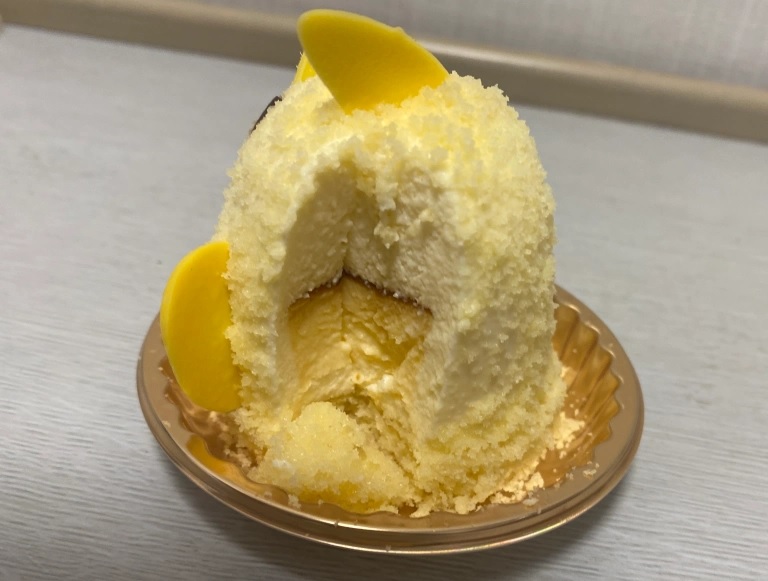 Tokugawa Piyoyasu is currently scheduled to be on sale only through January 24. With Dou Suru Ieyasu? running until December, though, we’re keeping our fingers crossed that this isn’t the last we’ll see of the samurai chick pudding cake. After all, if Ieyasu could found a shogunate that lasted for 300 years, surely Tokugawa Piyoyasu won’t fade away forever after just a few weeks, right?

Social Media News
Previous Post
Celeste Cortesi after Miss Universe stint: ‘To represent my country is my greatest honor’
Next Post
‘90 Day Fiancé’ Update: Are Kobe and Emily Still Together in 2023?