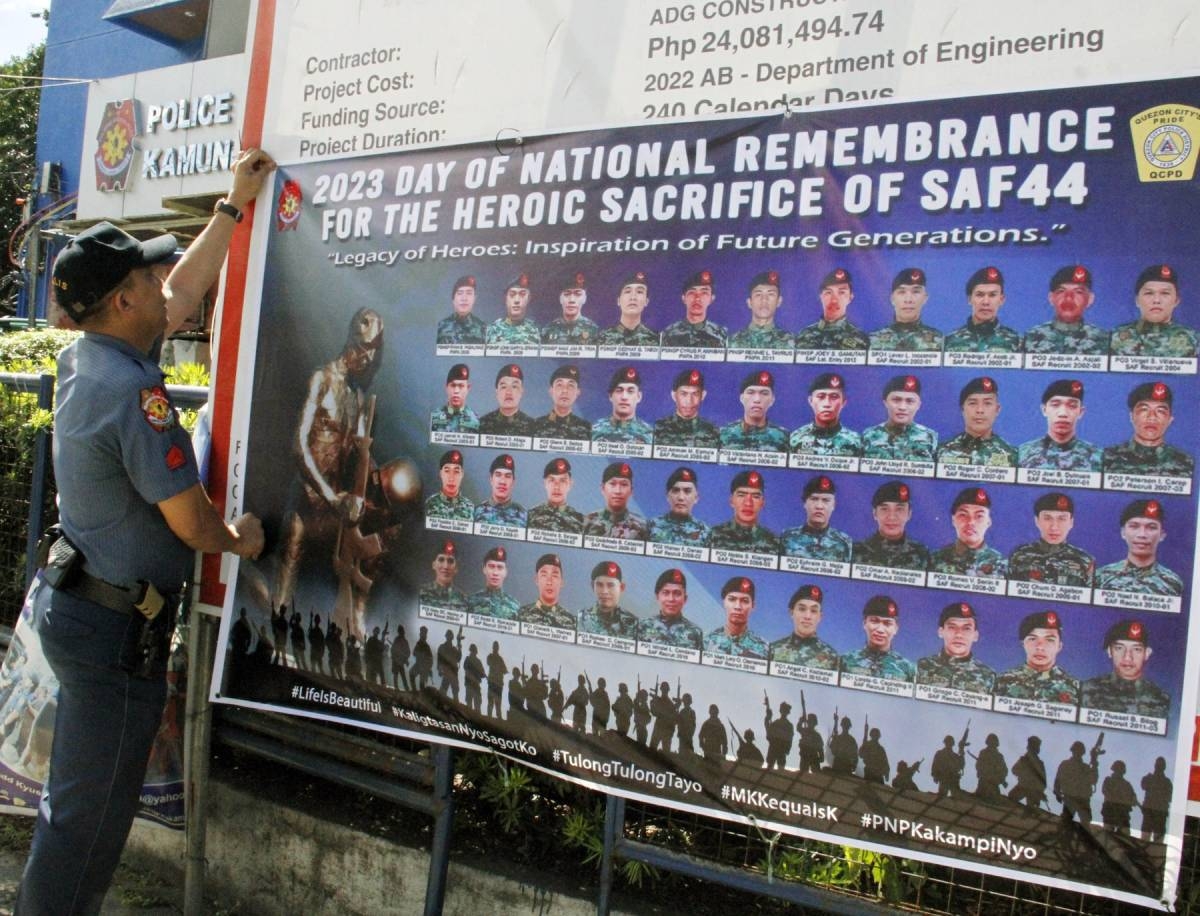 MALACAÑANG on Wednesday paid tribute to the 44 Special Action Force (SAF) personnel who perished in a police operation in Mamasapano, Maguindanao eight years ago.

In a message posted across all its official social media accounts, the Presidential Communications Office (PCO) remembered the sacrifices of the fallen commandos.

“Ang kanilang sakripisyo ay ‘di malilimutan at mananatiling inspirasyon para sa bawat Pilipino (Their sacrifice will never be forgotten and will remain an inspiration for every Filipino),” it added.

The 44 members of the PNP’s elite unit embarked on a high-risk operation dubbed as “Oplan Exodus” in Mamasapano to capture Malaysian terrorist Zulkifli Abdhir alias Marwan.

It was in 2017 when then president Rodrigo Duterte issued an Executive Order declaring January 25 as a National Day of Remembrance in honor of the “SAF 44”.