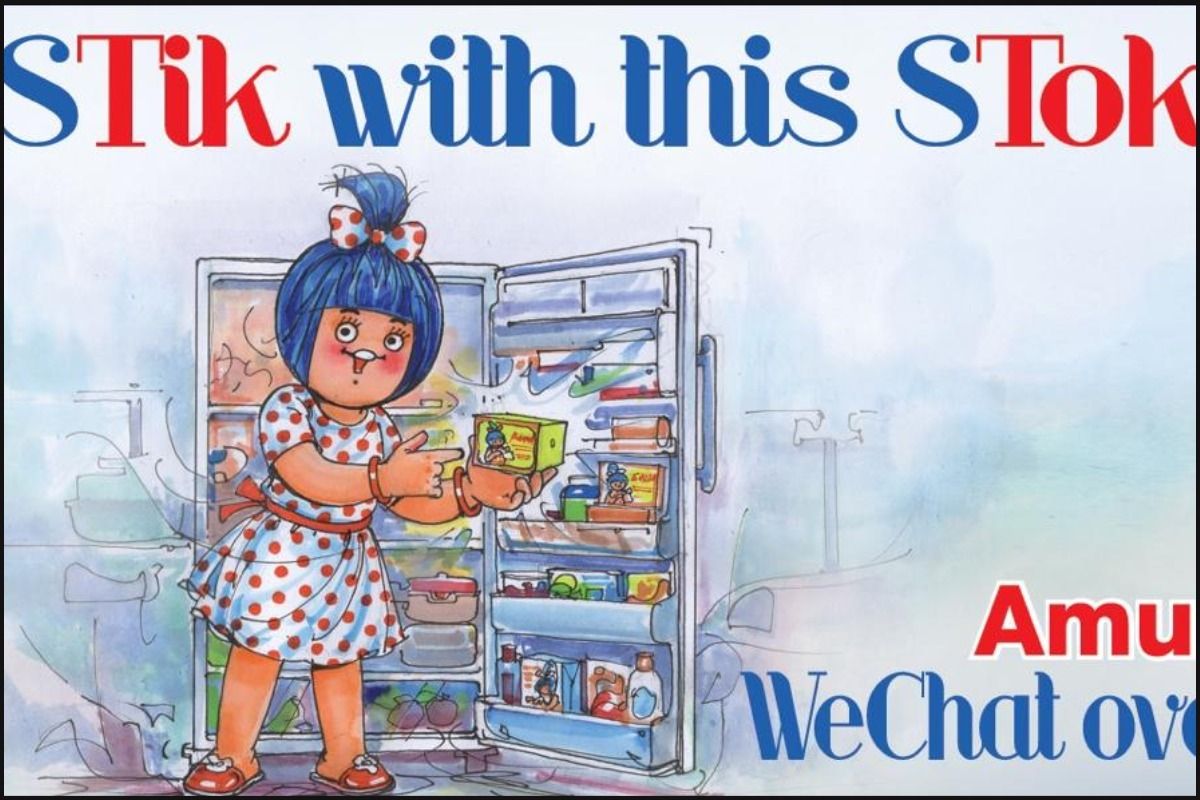 Ever since the Indian government banned 59 Chinese apps in India to retaliate China’s killing of 20 Indian soldiers recently, Twitter has been flooded with reactions. While many stood in solidarity with the TikTok influencers who were now jobless, many celebrated the move and Indian dairy giant Amul was no different. Also Read – ‘Utterly Butterly’ Celebrations! Amul Hands Over EPL Trophy to Liverpool’s Jurgen Klopp-Jordan Henderson Even Before Final Match With Manchester City

Famous for winning hearts with its creatives on the latest situations, Amul did not lose time in pointing out that one must make the most of the Indian “Stok” of products instead. Taking to its social media handle, Amul shared the caricature of its signature girl with fringes, flaunting a box of Amul butter from her fridge while the caption wittily advised, “STik  with this STok” and “WeChat over tea”. The tweet elaborated, “#Amul Topical: New Delhi bans 59 Chinese apps! (sic) Also Read – ‘Martyrbhoomi’: Amul Pays Tribute to the 20 Indian Soldiers Martyred in Galwan Valley

Quick to respond, Twitterati gushed over it as usual. While one user wrote, “Amul to be declared “Father of Meme” (sic)”, another commended, “Haha Such creative n sarcastic one . rockz (sic)” and yet another appreciated, “THIS TWEET IS MOST CERTAINLY ANTI CHINA ..jo ukhdana hai ukhad ! (sic)”

Amul to be declared “Father of Meme”

Such innovative ideas only possible by Amul..kudos to your advt. Team…always been a die hard fan..

As of June 2019, it was estimated that there were 120 million monthly TikTok users in India. The government said that these apps have been banned for safety, security, defense, sovereignty and integrity of India.