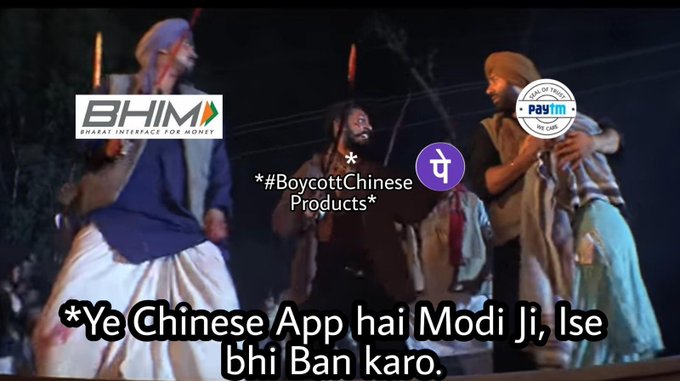 On Tuesday, India saw a slugfest between Paytm and TikTok, albeit this brawl was been played out on Twitter. The Noida headquartered company faced a backlash on the social media platform, with most twitterati calling for an immediate ban on the digital payment firm.

Buoyed by patriotic fervor, scores of netizens came hard on the digital payment company, so much so that the hashtag PaytmBanKaro was among the top trending topics on Twitter for most of the day. 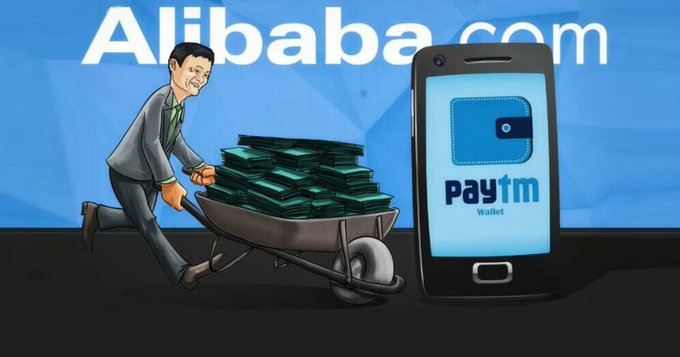 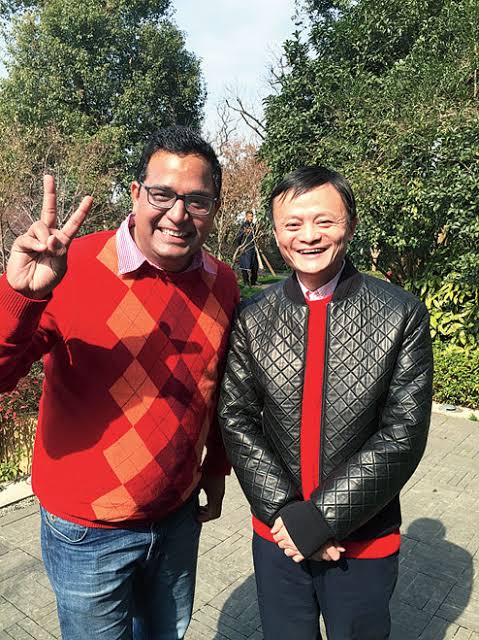 The sensitivity of Paytm’s core business, which obviously pertains to digital payment, with regards to national security has also brought a sharp focus on Paytm’s Chinese connection.

While other digital payment players like Google Pay and Phonepe have equally faced questions over the safety of financial data, Paytm has often faced double whammy on this critical issue. The extra scrutiny of the Noida headquartered company is certainly due to strong presence of Chinese investors in its board of directors team.

The question whether financial data of millions of Indians can remain safe with a company that is predominantly controlled by a Chinese company may sound bit exaggerated; especially during today’s times of globalization. However, when nationalist issues come to the fore, forces and pillars of globalization have been often found to be severely tested.

Paytm’s pain of being repeatedly singled out for having stake holders from an adversarial country becomes even more palpable, when other Indian startups with strong Chinese investments have gone literally unscathed. For instance, Anti Financials also owns majority stake in Zomato and Alibaba in BigBasket but these companies rarely had to face the indignation of cozying up with the so-called enemy country.

The list of Indian startups that are high on Chinese investment is quite long, though in many of them Chinese investors may own minority stakes. That said, the dominance of Chinese investment in India’s startup ecosystem is now very much an open secret and no amount of nationalist sentiment can deny this fact.

Not to be one to take the trolls lying down, Paytm’s founder and CEO Vijay Shekhar Sharma came up with some upright and witty answers on his Twitter account. Sharma did not mince any words in labeling Paytm as a 100% Indian company.

Below is one of the stinging tweets (a purported Whatsapp message) that Sharma tweeted in response to the troll army. 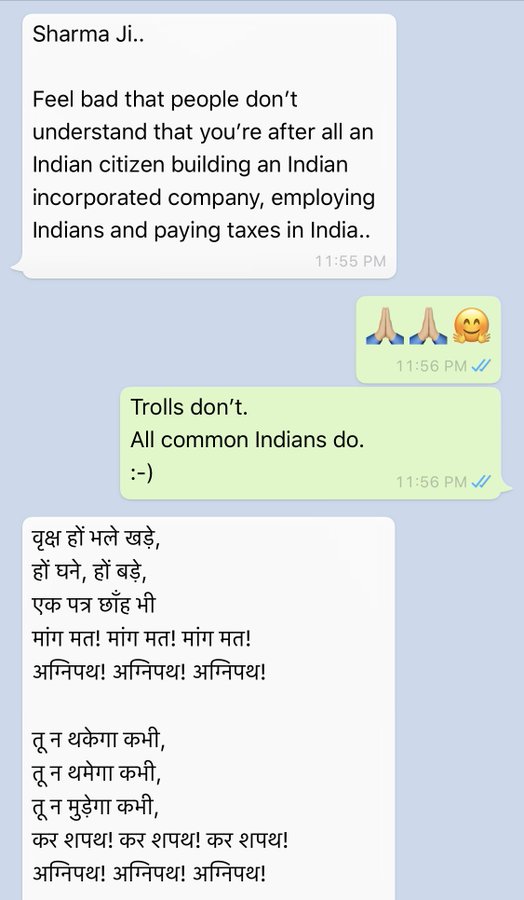 The talismanic entrepreneur equally hailed Indian government’s decision to ban 59 Chinese apps including TikTok. He claimed that this action was in the national interest and key to building aatm nirbhar app eco-system.

Paytm can even take heart from the fact that scores of twitterati came forward in support of the company and their support was key in ensuring that the hashtag ‘Paytm is Indian’ was among the top trending hashtags by late evening.

Well-known VC investor Anand Lunia also stepped in support of the beleaguered company. He clarified in a tweet that “Paytm, Zomato etc are all Indian cos. They have to follow Indian laws by being present here as a legal entity.”

Social Media News
Previous Post
Dataxet continues to expand its footprint across Asia with acquisition of Sonar Platform and NAMA
Next Post
India Bans TikTok, WeChat And 57 Other Chinese Apps