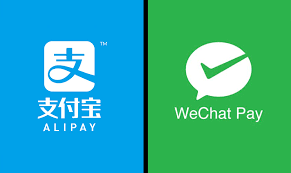 U.S. President Donald Trump has signed an executive order to ban eight Chinese mobile apps: Ant Group’s Alipay mobile payment app, QQ Wallet, WeChat Pay,  CamScanner, SHAREit, Tencent QQ, VMate and WPS Office. The executive order goes into effect in 45 days. Trump said that the apps can access private information from their users, which could be used to “track the locations of federal employees and contractors, and build dossiers of personal information”. The order instructs Commerce Secretary Wilbur Ross to evaluate other apps that could pose a “national security threat”. Chinese Foreign Ministry Spokeswoman Hua Chunying said that the ban is another example of the United States abusing national power to unjustifiably crack down on foreign companies. She urged the U.S. to respect the principles of the market economy and fair competition and abide by international economic and trade rules.

Meanwhile, the New York Stock Exchange (NYSE) again reversed a previous decision not to delist the three Chinese telecom companies China Mobile, China Unicom (Hong Kong) and China Telecom. The NYSE originally announced on December 31 that it would delist them. On January 8, after consulting with relevant regulators, it decided instead to keep them listed. The decision on January 10 marks a return to the original plan. The NYSE said in a statement that its latest decision to move forward with the delisting was based on new specific guidance received from the U.S. Department of the Treasury’s Office of Foreign Assets Control.

The Chinese Foreign Ministry has repeatedly criticized these moves and vowed to take necessary measures to protect Chinese businesses. Alibaba and Tencent are globalized corporations with a combined market capitalization of over USD1.3 trillion and very diversified global investors, including those in the U.S. Following the reports, Alibaba’s and Tencent’s share prices dropped. It remains unclear how the firms would respond to the U.S. move.

China said that it would take necessary measures to safeguard companies’ rights and interests in response to the United States considering adding Alibaba and Tencent to a blacklist of firms allegedly owned or controlled by the Chinese military, forcing their delisting from the U.S. stock market. Targeting Asia’s two most valuable companies would be U.S. President Donald Trump’s most dramatic step yet against Chinese companies. Defense Department officials are also discussing adding other Chinese firms to the list. Some investors expressed skepticism, however, that Alibaba and Tencent would face long-term restrictions. The Pentagon has so far blacklisted 35 firms, including China’s top chipmaker SMIC and oil firm CNOOC.

In the final days of his presidency, Trump is expected by some observers to crack down on more Chinese companies, including SOEs and other businesses in critical sectors of the Chinese economy, such as state-owned oil companies, banks and utility providers, according to the Global Times. Trump could also order the delisting of all Chinese firms from the U.S. and label China as a currency manipulator. The U.S. could also attempt to try to cut off China from the U.S. dollar payment system, known as the Society for Worldwide Interbank Financial Telecommunications (SWIFT), analysts said. However, China also holds many cards, including its massive holdings in U.S. Treasuries, access to crucial materials such as rare earths, and a huge domestic market that many U.S. businesses rely on, analysts said. The Global Times said that any response to U.S. aggression would  likely be measured and targeted. For example, after the New York Stock Exchange said it would delist three Chinese telecom firms, Dong Shaopeng, Advisor for the China Securities Regulatory Commission (CSRC), suggested that China should also require U.S. companies doing business in China to report their links to the U.S. military, the Global Times reports.