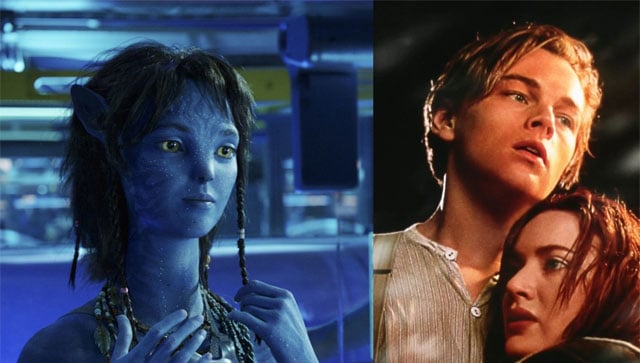 The Way Of Water creates $2 billion hat trick for filmmaker, after Titanic and Avatar

While this has been a frequent case throughout his unparalleled career, nobody is stopping us to repeat that James Cameron has etched history yet again this weekend. After the tormenting 13 years, Cameron’s long-awaited sequel Avatar: The Way of Water was welcomed with open arms. Apart from being warmly welcomed, Avatar 2 received a rumbling response, so much so that Cameron’s piece of work has now conquered the throne of being the sixth movie ever to cross the $2 billion mark across the globe. Yes, you read that right. Creating a historic hat-trick, Cameron’s Avatar 2 is his third directorial after 2009 Avatar and Titanic to touch the $2 billion mark and enter the top 10 list of highest grossers of all time. Eyeing to surpass the mind-boggling collections of Avengers: Infinity War, Avatar: The Way Of Water, after being released on 16 December, is running successfully for more than a month now.

Needless to say, Cameron’s magnum opus arrived with tons of expectations, after witnessing the glory of the original part. There is no denying the fact that every movie has its own journey and keeping aside the comparison with its predecessor, Avatar 2 has performed impeccably at the box office. Another record to his name is that Cameron is the only director responsible for three of the six-highest-grossing movies of all time and also the only filmmaker with three of his films crossing $2 billion.

According to a recent report in Deadline, after its sixth Sunday, the collection of Avatar 2 is standing at a towering $2.028 billion. Positioned inches away from beating Avengers: Infinity War’s $2.052 billion. Post it, Cameron’s recently released movie is eying to surpass Star Wars: The Force Awakens, which is standing at $2.071 billion. Interestingly, Avatar 2 reportedly grossed $227M from IMAX, beating Star Wars: The Force Awakens to become the 2nd highest-grossing movie in the format’s history.