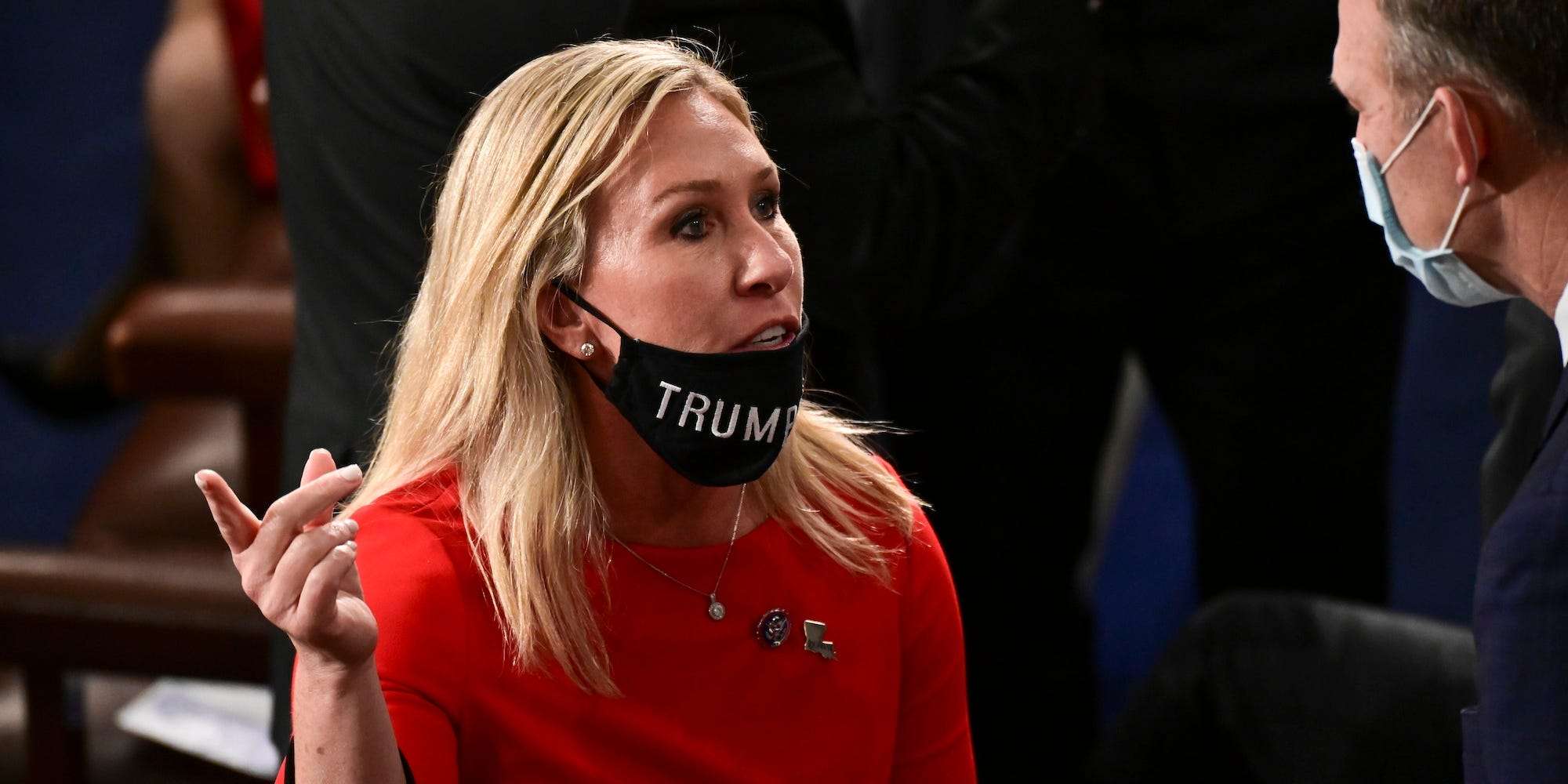 House Republican Leader Kevin McCarthy’s office said in a statement to Axios Tuesday night that he was aware of “disturbing” comments Georgia Rep. Marjorie Taylor Greene had made and/or endorsed before being elected to Congress in 2020.

A review of hundreds of posts and comments on Greene’s Facebook page revealed her past support of and engagement with a number of far-right, QAnon conspiracy theories.

Greene repeatedly expressed support for assassinating leading Democrats on social media prior to her time in office, liking a Facebook comment in 2019 that said House Speaker Nancy Pelosi should get a “bullet to the head.”

CNN reported that in February 2019, Greene broadcast a Facebook Live video from inside Pelosi’s office saying the Speaker will “suffer death or she’ll be in prison” for treason.

The freshman lawmaker also reportedly endorsed conspiracy theories that the Sandy Hook shooting, which killed 26 people, including 20 elementary school children, and the Stoneman Douglas High School shooting that left 17 dead were both staged.

In 2018, Greene agreed with a Facebook commentator who suggested 9/11 was an inside job, according to the progressive group Media Matters for America.

“These comments are deeply disturbing and Leader McCarthy plans to have a conversation with the Congresswoman about them,” Mark Bednar, a spokesperson for McCarthy, told Axios.

This isn’t the first time McCarthy has had to deal with controversial remarks from among his ranks. In 2019, Iowa Rep. Steve King was stripped from his committee assignments after he publicly questioned why terms like “white nationalism” and “white supremacy” had become offensive. King’s comments drew criticism from members of both parties, and McCarthy ensured that he would take action against King after having “a serious conversation.”

In an August interview with The Dispatch, King said he thought McCarthy’s “welcome” of Greene was a double standard.

After CNN reportedly reached out to Greene for comment, she tweeted a statement saying she’s had teams of people manage her social media pages over the years.